With this win, Golden Guardians secured their first 2-0 weekend of the 2019 LCS Spring Split. 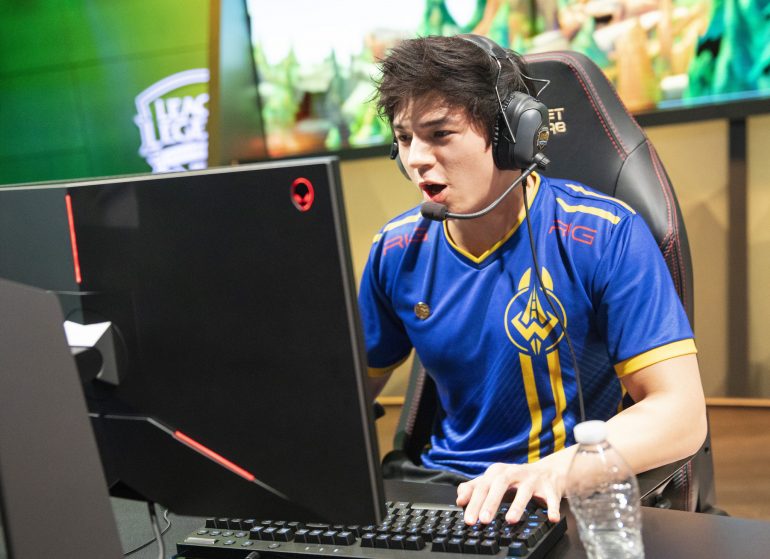 After being replaced on TSM’s LCS roster in November, top laner Kevin “Hauntzer” Yarnell made it clear that he thought TSM made the wrong choice.

In an interview with Dot Esports in December, Hauntzer said he didn’t think they made the correct roster changes, but he said that he was “in a better situation now” with Golden Guardians. While neither team’s records had really proven one decision was better than the other so far in 2019, Hauntzer had his first opportunity to prove TSM wrong on Sunday.

It didn’t start off too well for Hauntzer or his team, though. At just six minutes, Hauntzer’s blood was the first spilled on the Rift, dying in a one-vs-three situation, with the kill going to his replacement, Sergen “Broken Blade” Çelik.

Golden Guardians seemed to stop the game from snowballing, though, after taking out a chunk of TSM’s team prior to the 20-minute mark and actually picking up a small gold lead. Over the next 15 minutes, TSM traded lives for objectives, while Golden Guardians opted for the opposite.

At 38 minutes, the two teams collided near the Elder Drake, and despite losing Kim “Olleh” Joo-sung and Matthew “Deftly” Chen, Golden Guardians wiped the entire TSM roster behind a triple kill from Henrik “Froggen” Hansen. That teamfight victory, and another teamfight win at Baron, proved to be massive as Golden Guardians pushed down the Rift and finished off the game for another victory in the LCS.

With the win, Golden Guardians are now 2-4 in the LCS. Their rough first two weeks has put them in a hole, but they have started to dig themselves out with this 2-0 weekend. They’ll have to keep their strong play up next weekend when they face CLG and the undefeated Team Liquid.

TSM are also 2-4 after an 0-2 weekend and they’ve lost three-straight games. They will also play Team Liquid next weekend, as well as OpTic Gaming.