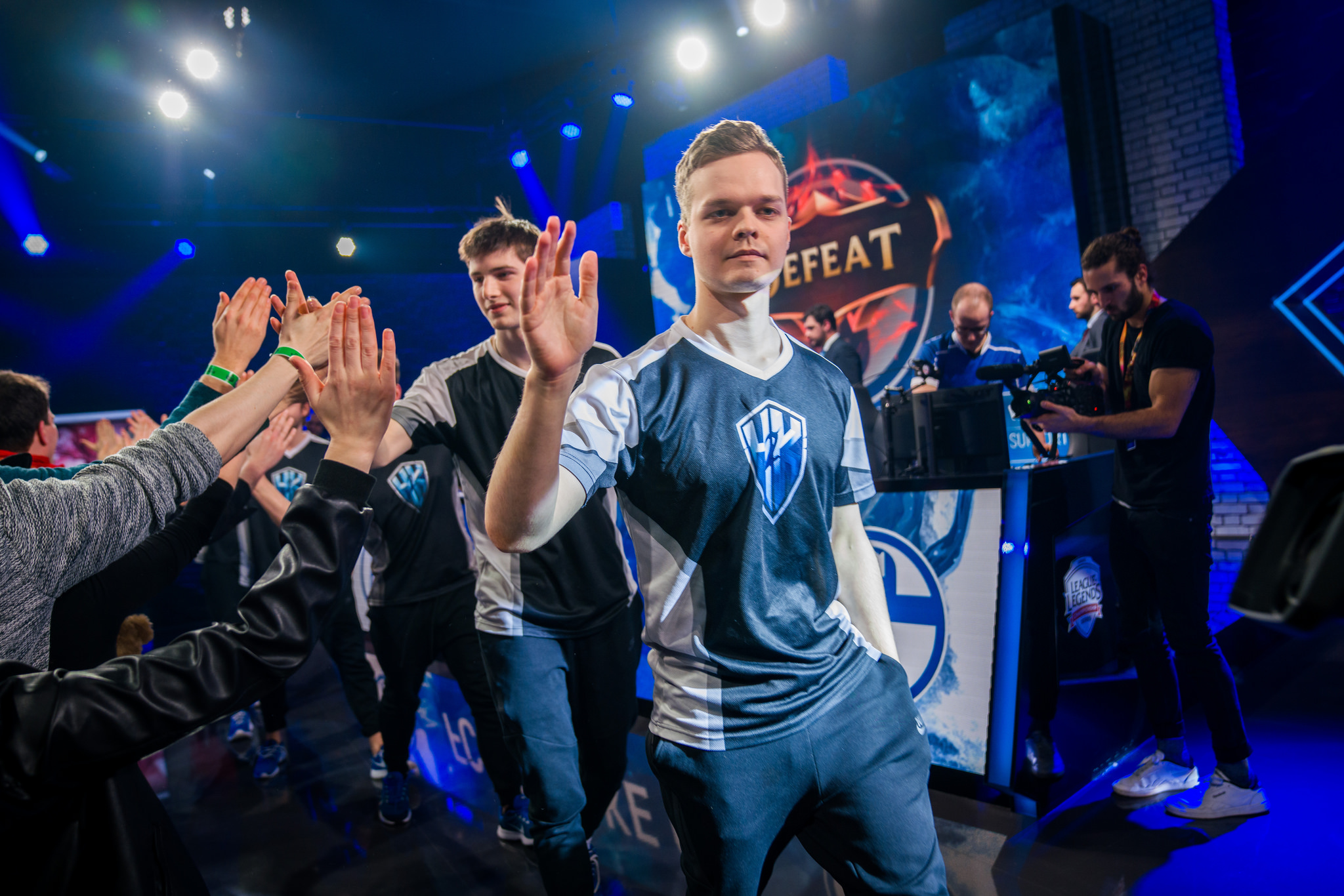 If the Spring Split was one giant, very long, and mostly dangerous roller coaster ride, H2k Gaming would be the car in the very back that gets thrown around the most.

They were one of the worst teams in the entire league for a majority of the split. But against all odds, they were able to steal wins away from top teams such as G2 Esports and ROCCAT in the latter half of the split before playoffs were locked in. Somehow, they earned a fifth seed in the bracket, and now, they’ll have to steal a win from Vitality tomorrow, too.

Had you told any EU LCS fan a month ago that H2k would make it into the playoffs, they probably wouldn’t believe you—but that’s just the type of team they are this year.

Are H2k considered a good team? No. They made it into the playoffs using a strategy that’s very hard to explain to any sane person. It looked bizarre, and we’re not sure they could replicate it again even if they tried their hardest.

Essentially, it looked as though H2k were convincing the enemy team to throw the game. No, we don’t mean that H2k were paying off teams to take a punch. It’s nothing that sinister. All we mean is that when these teams looked ready to bury H2k, those teams went and did something incredibly stupid that ended up costing them the game. That, or they did a series of incredibly stupid things that accomplished the same goal. It’s a natural phenomenon, and we can’t explain it.

Whenever H2k went up against a team that was better than them, which was most teams in EU this split, the opposing team would almost always be favored to win. And yet, H2k would walk away with the victory. It happened against Vitality in week five, against Giants in week six, it was Misfits during week seven, and eventually, they just sort of landed in the playoffs.

We could say that H2k has a great late-game, but that would be giving them a lot of credit based off of their performance this split. That’s probably the closest explanation we have to a rational one, though. The rest of our ideas involve magic spells, incantations, and curses. We’ll go with the curses.

One of the most recent matches that put this on display was when the H2-Throw curse afflicted G2 during week eight. G2, like most teams caught in the same weird scenario, were up nearly 10,000 gold, 11 kills to zero, and their team comp was all-around better. And in one fell swoop, it was lost. A fight broke out in the top lane, H2k walked away the victors despite blowing a couple ultimates beforehand and being massively behind, and then they secured Baron and prepared to end the game.

That game was the epitome of what it means to be H2k this split. And to further reinforce the point that they don’t know why or how they’re pulling it off, just look at head coach Michael “Veteran” Archer’s face as the fight was ending. Does this look like the face of a man who knows what’s going on?

The same thing happened against ROCCAT last week. ROCCAT were up 7,000 gold, they had doubled H2k’s kills, and somehow, again, H2k caught them off-guard. It happened the exact same way as the G2 fiasco. ROCCAT started the fight while H2k was none the wiser and didn’t have proper vision, and the next thing you knew, ADC and Rookie of the Split contender Patrik “Sheriff” Jírů was walking away with a double kill and a Baron.

The “best” jungler in the EU LCS

For someone who once told other EU LCS teams to hide their junglers on Twitter because he wanted to do mentally-scarring things to them (ew), Erberk “Gilius” Demir has thrown more games for Vitality than almost any player in the region has done for their team.

Almost as reliably as H2k winning in funky ways, Gilius has done one big thing to ruin his team’s lead. Whether that big thing has been straight up intentionally dying by walking into a team of four alone as Kha’Zix, or just playing the entire early stage of the game terribly, he’s the guy you call when you don’t want to win a game.

Despite Gilius’ best efforts, Vitality was still able to win that Kha’Zix game, but he really does make it difficult for superstars on his team like The Italian Stallion, aka Daniele “Jiizuke” di Mauro, to carry games.

That being said, if H2k is going to convince any members of Vitality to throw the game with their mystical powers of persuasion, it’ll probably be Gilius. Granted, it’s very possible that Gilius proves us all wrong by actually showing up and playing like a solid top-tier jungler against H2k this weekend, but the odds aren’t great.

Luckily for Vitality, they have some strong laners to support Gilius’ antics, and almost as importantly, back up his Twitter trash talk. Obviously there’s Jiizuke, who styled on EU’s other mid laners for a good portion of the split and earned himself contention in the race for the EU LCS MVP of the Split. ADC Amadeu “Minitroupax” Carvalho really stepped his game up near the end of the split, and top laner Lucas “Cabochard” Simon-Meslet is reliable at worst.

H2k has some stars, too, especially in rookie Sheriff and Marcin “Selfie” Wolski, whose CS-per-minute and kill participation is some of the best in the region.

H2k’s best-of-five throwdown against Vitality kicks off on Saturday at 5pm CET (9am PT).