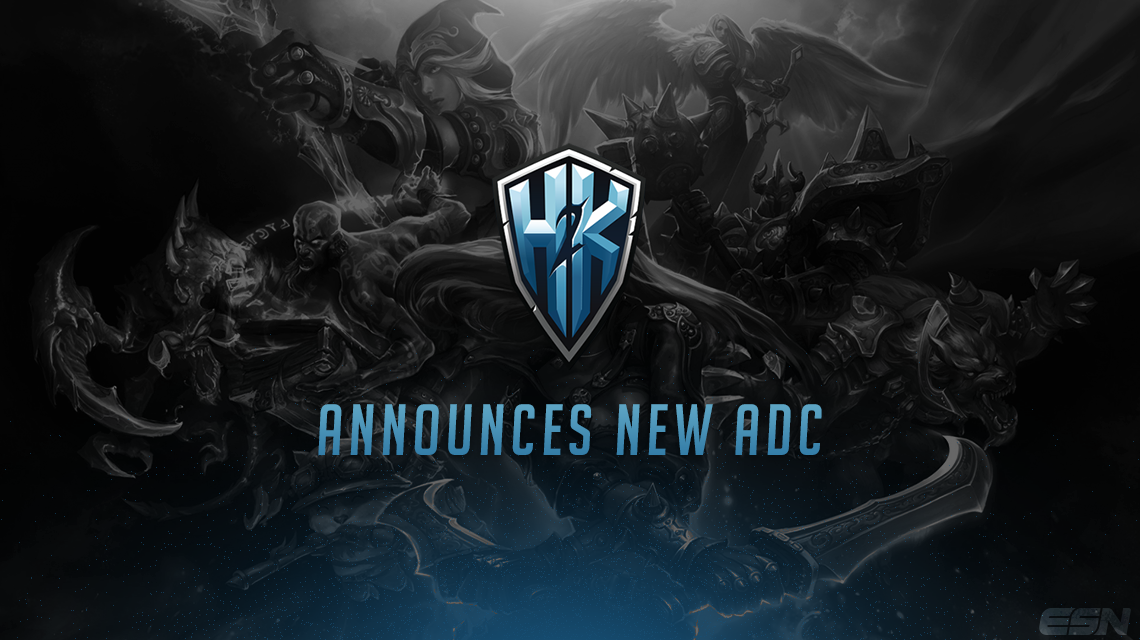 Earlier today, H2k-Gaming announced that Ales “Freeze” Knezinek will be joining their League of Legends team as their new AD Carry for the 2016 European League Championship Series Summer Split.

https://twitter.com/H2KGG/status/729009717578747904 Freeze will be replacing H2k’s all-star ADC Konstantinos “FORG1VEN” Tzortziou, who announced via Facebook that he intends to take a break for the Summer Split “regardless of the outcome of military deferment.” While FORG1VEN plans on returning for the 2017 Spring Split, Freeze will be H2k’s starting ADC for the 2016 EU LCS Summer Split. Freeze, a 21-year-old native of the Czech Republic, most recently played for Renegades in the 2016 North American LCS Spring Split. https://twitter.com/FreezeLoL/status/729040278271758337 H2k finished in second place during the regular season of the 2016 EU LCS Spring Split, but then came in fourth place during the Spring Playoffs. Freeze has some pretty big shoes to fill, but he believes that he will make H2k fans proud. “I’m happy to announce that I will be playing under the banners of H2k,” Freeze said. “I’m confident that we will qualify for worlds and represent EU well.” To read the official statement from H2k, click the link here. What do you think about the new H2k-Gaming League of Legends roster? Let us know by commenting below or tweeting us @eSportsNation.