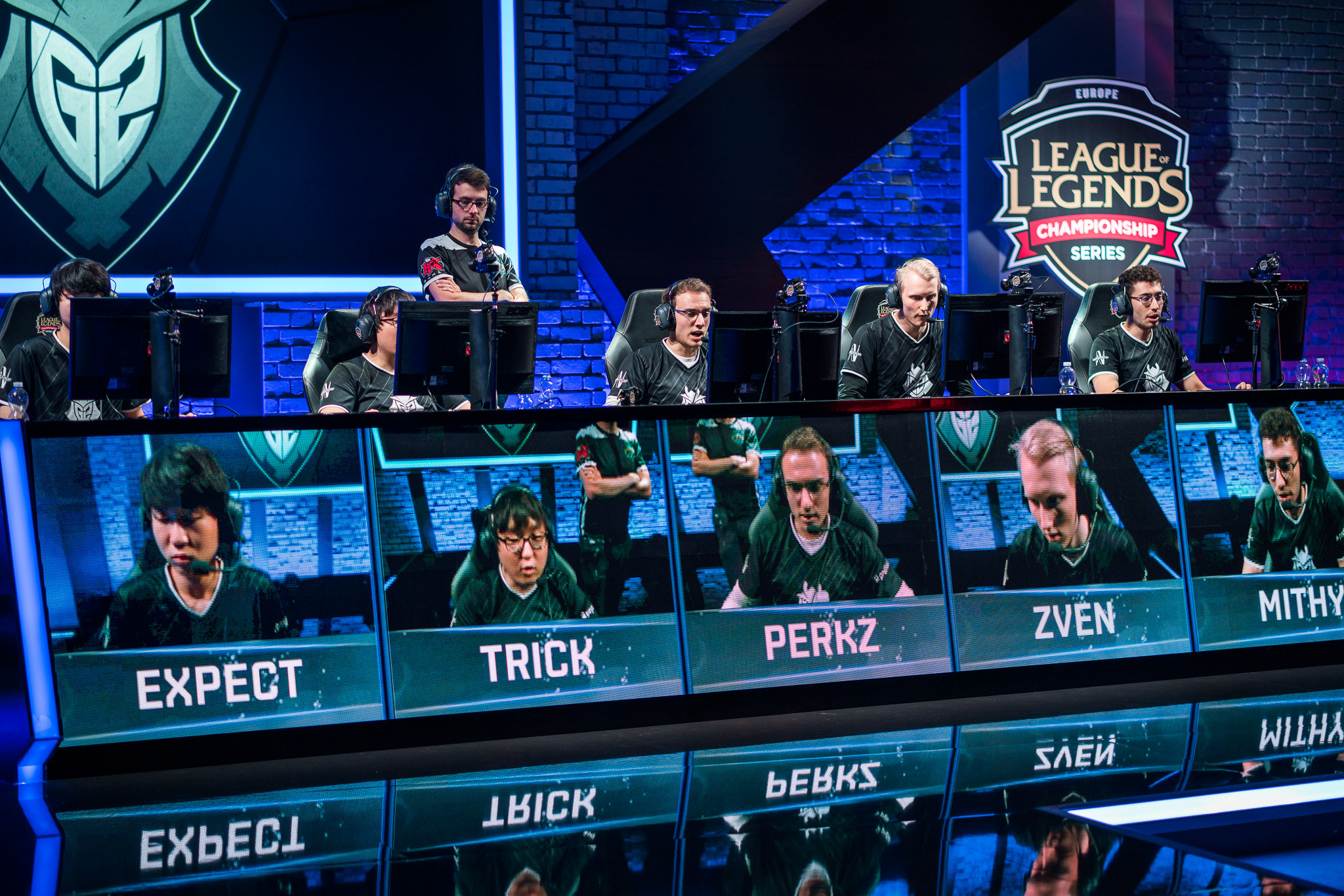 This is a great time of year in competitive League of Legends.

The only thing better than Worlds itself is the qualifying for the event. Teams all over the world are engaged in desperate playoff battles to make it to China for the championship. We’ve already seen amazing series like SKT vs. KT in the LCK and CLG vs. nV in NA.

But heading into the semifinal weekend in the LCS, it looks like there’s going to be a lot of chalk. Fnatic are big favorites against Misfits. The same can be said for TSM and Immortals. That doesn’t mean those series won’t be good—and any upsets would be amazing. But the odds are against the underdogs.

But G2 vs. H2K? This should be a good matchup. It wouldn’t be surprising to see this go all five games. So who has the edge?

H2K’s core strategy since signing star mid laner Fabian “Febiven” Diepstraten last season has been to dominate the lanes. With Febiven crushing mid and Andrei “Odoamne” Pascu doing the same in the top lane, H2K can set up invades and ganks for Marcin “Jankos” Jankowski.

Even though Jankos’ lead in First Blood percentage has dwindled this split—he’s only third, still fantastic. Take into consideration the vision he provides and the farm he gets while pressuring his lanes, and it’s apparent that he hasn’t taken a step back at all.

Jankos is second among starting junglers in experience at 10 minutes, behind only Kim “Trick” Gang-yun, G2’s farm-focused jungler. Trick’s had a weird year—after winning two-straight MVP awards last year, he suddenly became a weak link as others started exploiting his early game passivity and weaknesses from his solo laners.

It’s almost guaranteed that Jankos will take risks to punish Trick. It will be interesting to see how Trick adapts to match Jankos’ early aggression. He spends a lot of time around his vulnerable solo lanes, and those are G2’s worst matchups against H2K.

Playing against the clock

On the other side, Jankos almost has to be successful with early ganks. H2K have fully embraced the “H2 What?” meme, but oftentimes, the “what?” refers to the team’s puzzling late game shot calling.

In their last series of the split, H2K had Unicorns of Love in an elimination scenario. They were up in gold as a result of team-oriented rotations that resulted in towers. Then this happened:

UOL had just taken the mid lane outer with the Rift Herald, and were on the way out. Then Jankos jumped in and delivered the enemy Poppy right into the middle of the team. That play can be described as a mechanical mistake by Jankos to ult the Poppy. But UOL played it extremely well, keeping Samuel “Samux” Fernandez Fort well protected.

The problem goes deeper, however. H2K should never have attempted to fight. Odoamne had absolutely zero on his Gnar bar, with the Gnar being H2K’s key secondary initiator. There were no objectives Unicorns could get with the mid turret down. H2K had just slain the dragon and had strong vision coverage of the Baron pit.

Plays like that show that H2K are still pressing in the late game. It’s like they don’t trust themselves. That’s a suicide against a team that loves the late game as much as G2. H2K are no doubt playing against a clock when they face G2—let G2 scale, and inevitably their shot calling and execution will turn the tide.

But H2K can’t crack under the pressure of that clock. That they have the talent to win is not a question. Their test will be whether their mentality can last against G2—especially in a best-of-five.