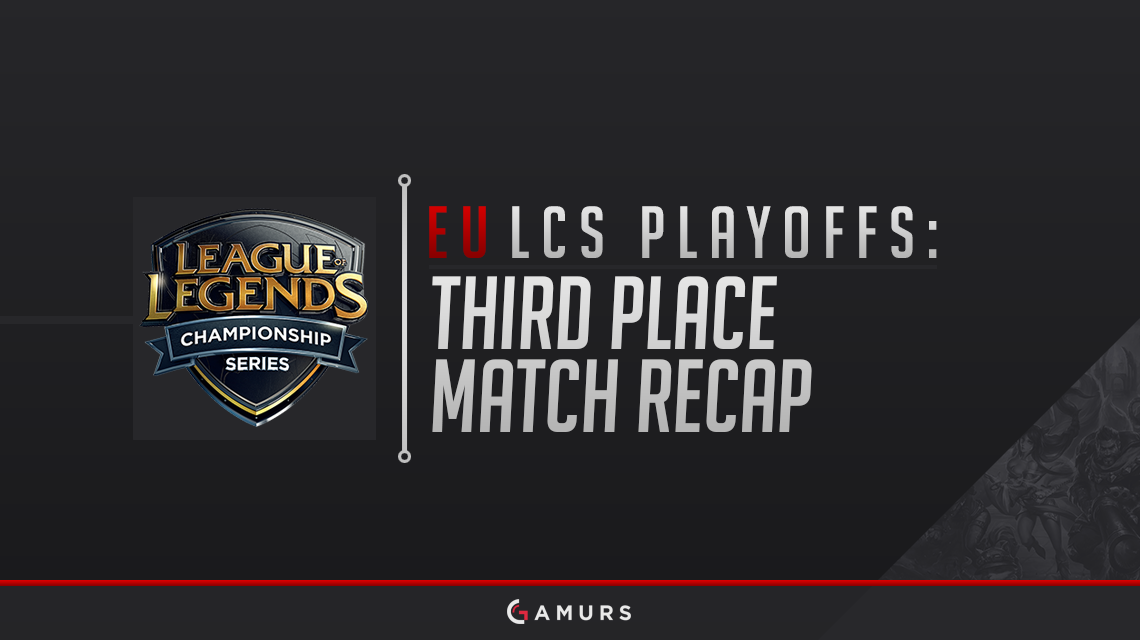 Today’s action in the European League Championship Series (LCS) playoffs for the League of Legends 2016 Summer Split just concluded. The third-place match in the EU LCS playoffs pitted the fourth-seed H2k-Gaming (7-6-5) against the sixth-seeded Unicorns of Love (6-5-7).

Here is what happened in the third-place match:

Game one of this series saw H2k in dominant form, bouncing back from their semifinal loss against Splyce and showing their strength. H2k controlled this game.

League of Legends is a team effort, but there is no doubt that H2k was led by one man in this game: Yoo “Ryu” Sang-ook. A 9/1/2 performance on Cassiopeia shut down the competition and made the impact of the enemy Vladimir negligible.

First game in this BO5 goes to @H2KGG, having the lead in the entire game!

This game started off in UoL’s favor, then swung into H2k’s favor, but ultimately the deciding moment was UoL acing H2k 25 minutes into the game. From then on, the game was UoL’s to lose. They never gave up their lead, as they bounced back from game one and thrashed H2k.

No one player particularly stood out for UoL in their win. This was a full team win, as each member picked up the slack and expert shotcalling and macro play allowed UoL to take the game and even the series up.

H2k found their footing once again, pushing back against UoL’s newfound momentum. This was a pretty one-sided affair, with H2k coming out on top.

Konstantinos “FORG1VEN” Tzortziou led H2k in this slaughter, going 6/0/4 on Tristana and limiting his opponent to a 1/3/2 performance on Lucian. Andrei “Odoamne” Pascu was right there with FORG1VEN, going 3/0/9 on Shen and shutting his lane opponent down, forcing a 0/4/0 performance.

.@H2KGG take the lead once again as the series go 2-1 in their favor!

This game was very similar to games one and three. H2k never really let anything slip out of their grasp.

Dominating across the board, this was probably the best game of the series for H2k. It’s pretty difficult to choose one or two players as the MVPs of this game, because it was a strong team win with every player pulling his own weight and just taking down UoL.

H2K is another step closer to securing their spot for Worlds as they take the series against UOL!