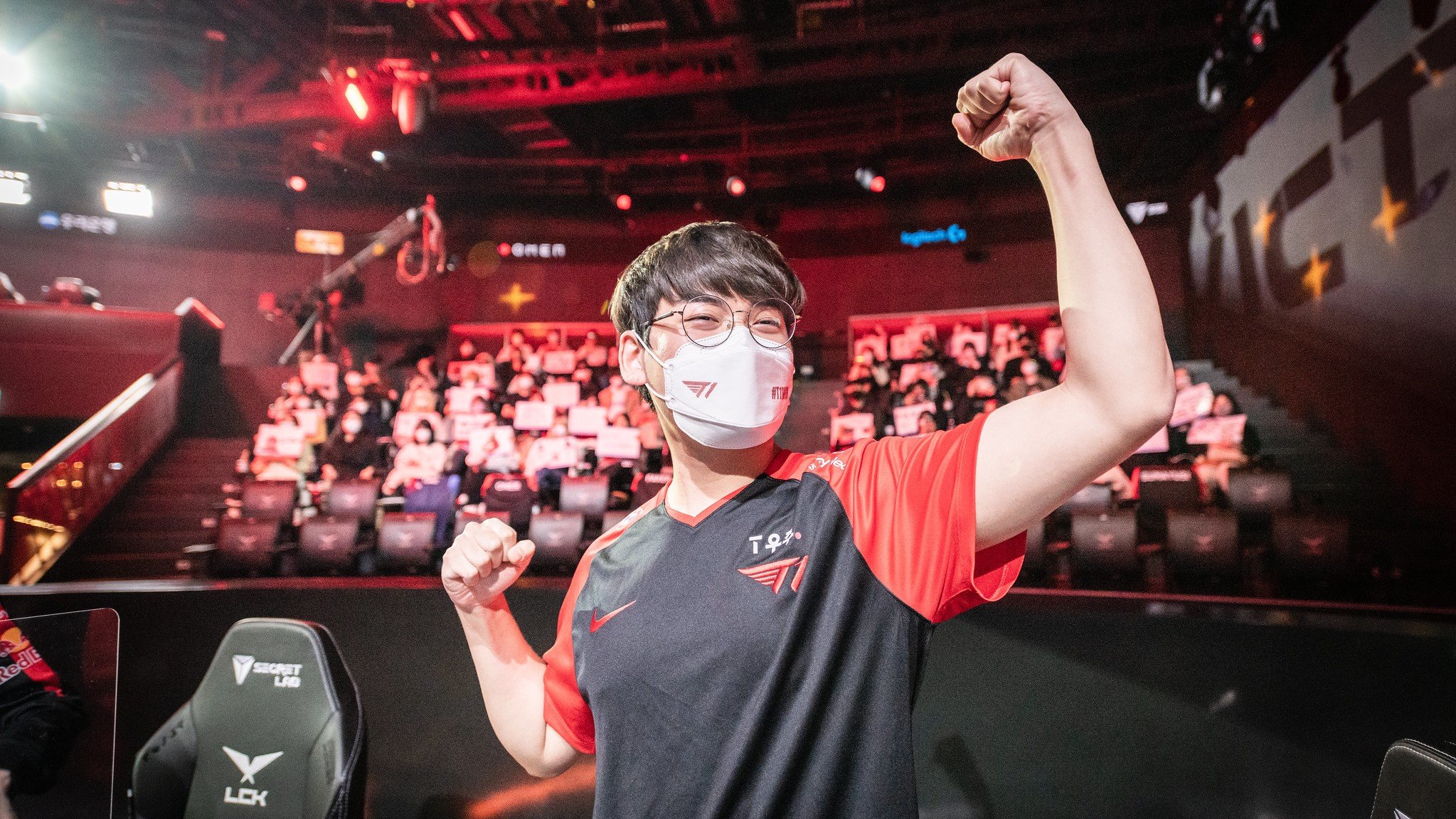 Joe Marsh, the CEO of T1, has shared some juicy details about one of the team’s League of Legends stars, Gumayusi.

Marsh was a guest on the Trash Talk with Doublelift podcast on April 6, where he shed some light on Gumayusi’s confidence, which has been sky-high ever since the youngster started competing in T1’s academy roster in 2019.

“Talking about confidence, when he [Gumayusi] was a young Challengers player on our academy roster, he would come and tell us he was better than Teddy, and that he should be starting,” Marsh said.

Gumayusi became the starting AD carry for T1 in 2021 when he was just 18-years-old. During the 2020 season, however, he began subbing in for Teddy from time to time, which allowed him to make a name for himself in South Korea. “The whole reason he stuck around—like he had offers to leave—everyone wanted Guma, he’s like ‘No, I’m gonna stay here because I want to prove to you that you made a mistake by not starting me two years ago,'” Marsh said.

Such a high level of confidence for a 17-year-old player made Marsh “respect this kid.”

With the player joining T1’s roster on a more permanent basis, the squad has reached the semifinals of Worlds 2021 and made history in the 2022 LCK Spring Split by claiming the trophy without losing a single series.

The young AD carry has been incredible on an individual basis as well. Gumayusi and bot lane partner Keria broke the league’s record for the most kills and assists in the split.

T1 will return to action on May 10, when MSI 2022 kicks off in Busan, South Korea. They’ll join 10 other teams on the international stage.