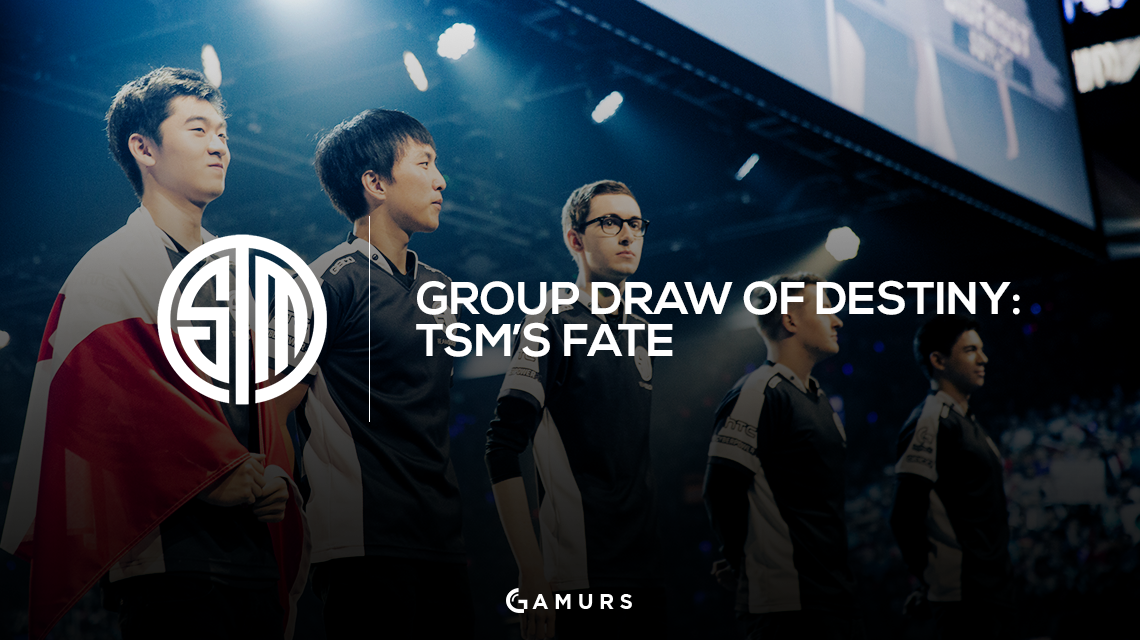 The 2016 Season World Championship is upon us. With it, comes another wave of North American hope. The No. 1 seed in Team SoloMid is likely the strongest representative North America has ever had and the tournament is on home soil. If ever there was a time for fans to have hope, the time is now. The group draw will take place at 2 p.m. EDT Saturday in the North American League Championship Series studio, but what are the best (and worst) possibilities for North America’s chances?

Note that this article will focus on group possibilities for TSM, as this team is the consensus best chance that North America has at winning the tournament.

This is likely the hardest group that TSM could be put in, but honestly it is not that scary. You could argue that swapping RNG and Splyce for G2 Esports and INTZ e-Sports would make the group even harder, but I’ll leave that to you.

Obviously, SKT is TSM’s biggest challenge here. The defending champions may not have won the LCK this split, but let’s remember just how strong that league is by realizing that last year’s World Final was between two LCK teams: the Tigers and SKT. Even coming in as a two-seed, SKT is one of the favorites to win the entire tournament once again. Never count out a team with Lee “Faker” Sang-hyeok. TSM wins this if Kevin “Hauntzer” Yarnell and Dennis “Svenskeren” Johnsen can beat Lee “Duke” Ho-seong and Kang “Blank” Sun-gu in the top lane in jungle. Keep an eye on the matchup between Søren “Bjergsen” Bjerg and Faker, though, as these two may be the two best mid laners in the world going into this tournament.

RNG will be the next biggest threat, though the important fight will not be in the top lane and jungle. That match will matter, but RNG focuses heavily on the bottom lane as Jian “Uzi” Zi-Hao takes a majority of the team’s resources. The best bottom lane in North America will have to hold strong against Uzi and Cho “Mata” Se-hyoung if TSM want to win this game. Yiliang “Doublelift” Peng and Vincent “Biofrost” Wang do not need to crush the opposition in lane, but they need to do well. The rest of TSM should do just fine.

Splyce is certainly the weakest team in this group, but they are not pushovers. Especially when Martin “Wunder” Hansen gets going, this squad can be extremely threatening. Hauntzer and Svenskeren will need to work together to keep Wunder in check, but this game should not be too difficult for TSM.

This is the hardest possible group for TSM, but they should make it out of this nine times out of ten.

This is probably the easiest group TSM could get. Once again, arguments could be made that H2k-Gaming would be a weaker choice than I May or ahq, but the results would be the same.

The strongest team in this group, aside from TSM, would most likely be I May. China’s No. 3 seed, I May qualified for Worlds by defeating Team WE 3-2 in the Regional Finals. China was a top-heavy region in the 2015 season. Specifically, the top-two teams were quite a bit better than everyone else in the league. It looks like that will still be the case this year, as I May seems to be far behind EDward Gaming and RNG.

Next up in the group is ahq. This is the same roster that placed top-eight at last year’s Worlds, but expectations are low. In fact, they did not even have the high seed going into their Regional Finals. Still, they took down J Team with a convincing 3-0 win and qualified for Worlds. This is the wildcard out of this group, but the squad will not be able to go toe-to-toe with North America’s best.

As one of the International Wildcard representatives, nothing is expected of ANX. This team is likely the weakest in the entire tournament. Taking a win at all would be a major upset, but it just may be possible in this group. It is not likely, however, and they would certainly be dispatched by TSM with ease.

The problem with this group is that it is just too easy. With no disrespect toward these three teams, because even making it to Worlds is a remarkable achievement for any professional squad, TSM would lose their edge by playing in this group. Competition drives improvement, and TSM would not be challenged here. For the NA hopeful, this group would be fun for a little bit, but the first bracket match would likely be a rough wakeup call for a dull TSM.

If you want TSM to succeed, this group puts them in the perfect position to do so. SKT or RNG would be the upper-echelon opponent that TSM needs to really test their skill and show the world what NA is made of. G2 would be a very strong opponent, likely pushing Svenskeren to his limits facing off against Kim “Trick” Gang-yun in the jungle. INTZ is simply better than ANX, and Cloud9 and Splyce cannot be in this group because TSM and G2 already are. They may be one of the International Wildcard representatives, but this INTZ squad is strong and hungry.

TSM’s best shot at getting good games in during the group stage, while not showing off all of their strategies, lies in this competitive group. It is hard, but not too hard and it is certainly not easy. Every team in this group should push TSM to the edge, but if TSM can push back, they will come out stronger and more confident than ever.

How far will TSM make it in the tournament? Let us know by commenting below or tweeting us @GAMURScom.