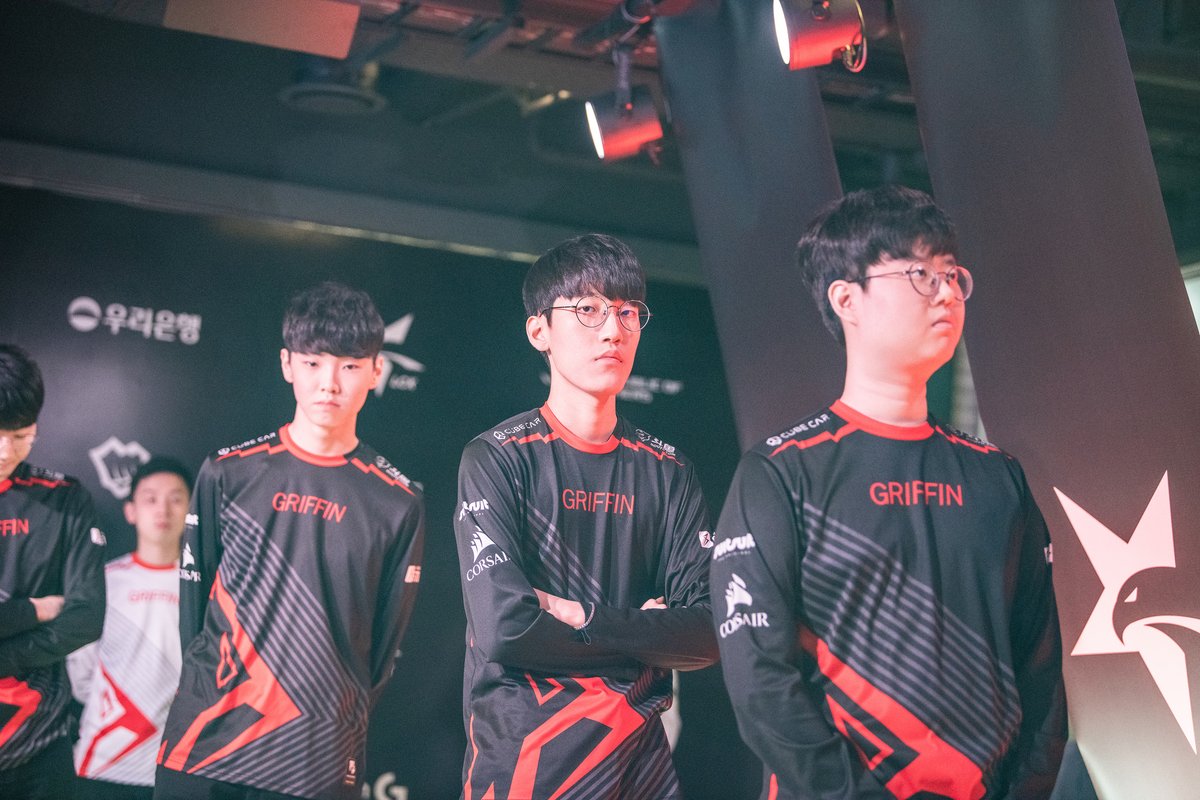 After a terrible week eight saw them fall to Gen.G and Afreeca, Griffin have started to soar once again by sweeping Hanwha Life 2-0 today. The middle-of-the-pack squad proved to be no match for a rejuvenated Griffin, who had worked on their early-game woes to fire back in their first series of week nine.

Lee “Tarzan” Seung-yong took home the MVP award in game one after maintaining 100-percent kill participation during the match on Jarvan IV. The game snowballed out of control for Hanwha Life when Tarzan ganked bot after taking his red to secure first blood for Park “Viper” Do-hyeon’s Vayne. He then forced a fight at 11 minutes with a great E-Q combo onto Hanwha Life’s backline.

Game two was the Jeong “Chovy” Ji-hoon show, with his Ryze completely shutting down Kim “Lava” Tae-hoon’s Lissandra during lane. Tarzan also put on another solid performance, looking more like his usual self this week with more aggressive plays, trying to pick up the tempo so Hanwha Life had no way back into the game. Chovy’s MVP performance in game two means he’s tied with Kingzone’s Kim “Deft” Hyuk-kyu at the top of the MVP points chart at 1,100.

This was a nice return to form for Griffin after a horrendous week saw them lose to the out-of-contention Gen.G and Afreeca. But they clearly did their homework over the last week to bring out their trademark aggression and methodical system of choking out teams to get back to their winning ways.

For Hanwha Life, however, this leaves them in a dire spot with only two more series to go. Now at 8-8, they’re two series behind the 9-6 Damwon Gaming in fifth, meaning they must win both of their next two matches against Sandbox and KT Rolster to qualify for playoffs.

Griffin will take on Damwon Gaming on March 23 in the next series, while Hanwha Life face Sandbox on March 24.