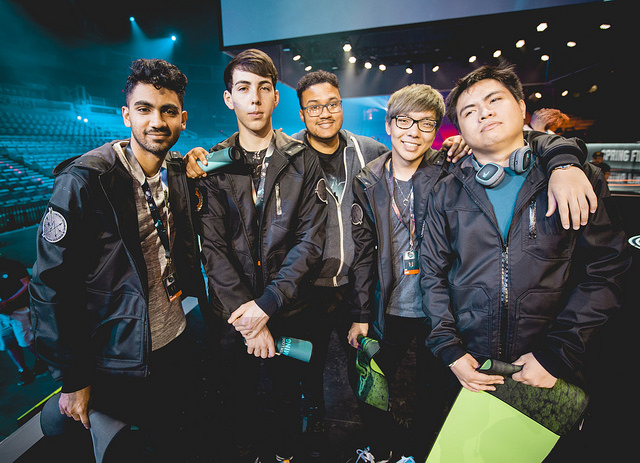 Counter Logic Gaming first joined Team SoloMid and Cloud 9 in the ranks of North American LCS champions last summer. Their response to the victory was unexpectedly replacing their steady mid laner and their centerpiece AD carry with relative unknowns. By all accounts the team was going to initially regress, possibly seeing growth through potential down the line. CLG defied most odds by finishing 13-5 in the North American LCS 2016 Spring split regular season, good for second place. While they weren’t as dominant as their previous iteration – who swept both playoff sets – the end result remained the same and they defied those same odds, edging out Team Liquid and Team SoloMid in the playoffs to, yet again, claim the North American crown.

Pitting the CLG roster in one on one skill matchups against other LCS rosters and drawing conclusions based off of that would land the squad in a middle of the pack position. They’re not flashy and they rarely have a blowout result of pure brilliance. Instead, they sport the most intelligent map play North America has to offer along with a flexible pick and ban phase. Seemingly going into each game with an objective checklist of what is required to win, CLG tick each box upon completion and strangle opponents through split pushing and global pressure rather than all out brawling. They picked up first blood in only four of their ten playoff matches, but they broke down the first tower of the game in eight of the ten.

With the smart, trodding style in how they win games CLG has seen heaps of success regionally. However the team is likely to struggle in international play at the Mid-Season Invitational against teams with better players across the board and equally strong macro play. CLG has also shown a propensity to struggle and look far sloppier when forced to team fight and this does not bode well as their main competition at the tournament – G2 Esports, SK Telecom T1, and Royal Never Give Up – are all extremely adept at team fighting. While top laner Darshan ‘Darshan’ Upadhyaya had more than a few impressive plays in large scale fights to push CLG to victory, AD carry Trevor ‘Stixxay’ Hayes showed far too many positional mistakes – albeit he had a few clutch moments.

Given the lion’s share of resources, often being given handle of the mid lane in the mid and late game while HuHi takes over a side lane, Stixxay is the player CLG now works around. This is not to say Stixxay is their key to victory, but rather masking his weaknesses and giving him safety is paramount to success. Darshan showcasing stellar performances in an independent role and HuHi trending towards scaling mid laners allows for Stixxay to be the only allied target in need of oversight.

Another stumbling block for CLG may lie in the failure of mid laner ‘HuHi’ to maintain control over the mid lane. In both series against Team Liquid and Team SoloMid, jungler Jake ‘Xmithie’ Puchero regularly saw deficits in farm and lost jungle control due to HuHi being placed on scaling champions that have low control over the mid lane in the early game such as Twisted Fate, Ryze, and Anivia. Facing off against aggressive junglers in Joshua ‘Dardoch’ Hartnett and Kim ‘Reignover’ Yeu-jin in the playoffs, CLG as a team had the second lowest percentage of jungle CS share in playoffs at a paltry 47.6%. This is in comparison to the astounding jungle control shown by competitors Flash Wolves, G2 Esports, and SK Telecom T1, sitting at 55.4%, 54.0%, and 53.2% of the match jungle CS share respectively.

Xmithie was on average 6.4 CS behind his opponents at 10 minutes, but he preserved en route to phenomenal performances, and HuHi showed up well to skirmishes and applied pressure in the mid to late game constantly via teleport. This jungle control weakness was only just another flaw in North America, but at the Mid-Season Invitational they will be up against jungle and mid duos who play off each other to control the middle of the map exceptionally well and it may prove fatal.

It’s not all gloom and doom for CLG. Xmithie’s rise to the top of the North American jungle after an inauspicious beginning to the split is more than worthy of note. Jumping to the spotlight after masterfully controlling Udyr in a 1-3-1 split composition in week 7 of the regular season seems to have given the veteran jungler more confidence in his play. Since then he has had standout performances on Nidalee, Elise, and Kindred. Support Zaqueri ‘Aphromoo’ Black has been the light to guide CLG this split from the support role, aiding the rookie Stixxay so he may come into his own through experience. His roaming and play making has allowed for CLG to not lose total control of the map while the opposing jungler and mid pressure in the early game. Darshan has molded into a rock of the top lane, always pressuring the side of the map which he resides in through precise minion control and evolving his game to include a much better teamfight skill set, an area of his game that was a definite weakness prior to this year.

CLG, as a team, is far greater than the sum of their individual parts. As they head to Shanghai for the Mid-Season Invitational against the best that other regions have to offer, CLG are considerable underdogs just as they were entering this year. It seems they enjoy that position and their players don’t appear fazed by the pressure. It won’t be easy with the roster that is undoubtedly less individually skilled than the other four major region rosters, however if individual skill were all that mattered CLG wouldn’t have won North America and they wouldn’t be attending the Mid-Season Invitational. That is why we play the game.