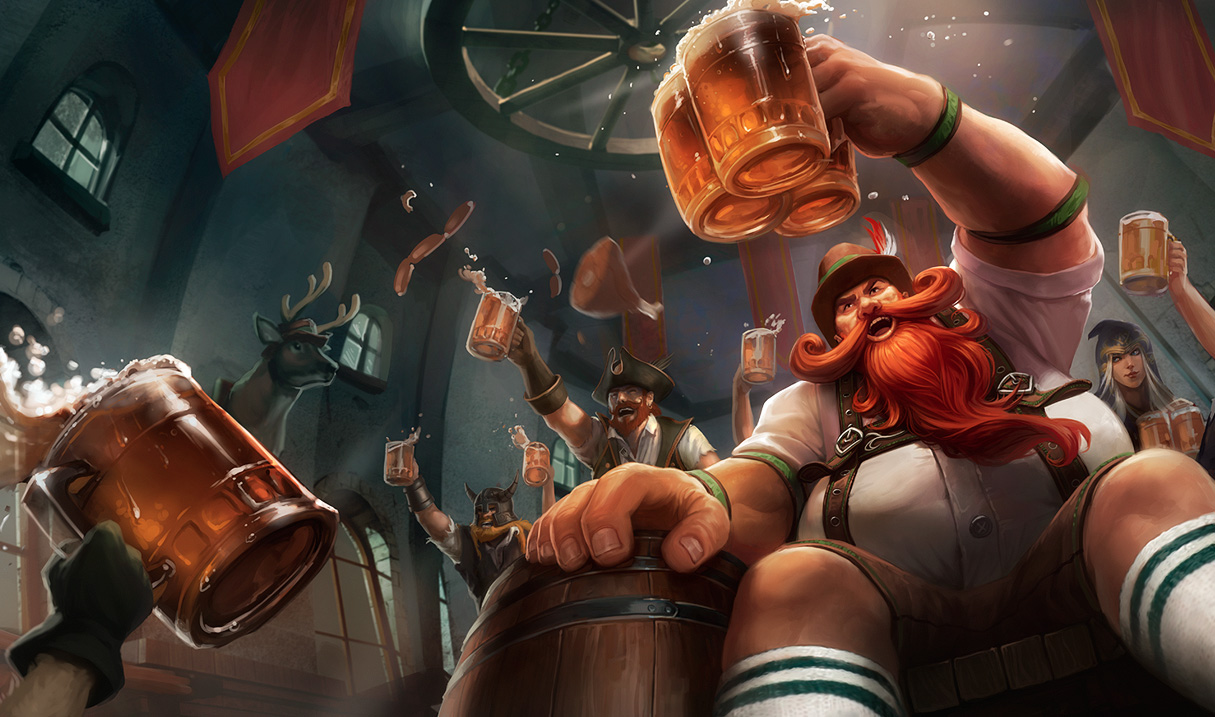 After the completion of the Quarterfinals of Worlds, Riot has announced that they will be disabling Gragas, Lux and Ziggs in the remaining games of the tournament. A bug has been discovered which occurs on one of their spells which has a triggered effect. (Q-Gragas, E-Lux, W-Ziggs). The bug occurs when these champions use this spells and the second part of the spell does not trigger or happen at all, the spell will be rendered unusable the whole game. Riot has deemed it a major bug and has decided to disable the champions completely rather than apply hotfixes that may compound or even create more problems.

These changes will greatly impact on strategy and pick-bans of the remaining teams in the tournament. Lux and ziggs might not be considered a meta pick at the moment but if you look closely at the jungle pick-ban meta, it has revolved around Gragas, Elsie and Reksai. Riot, in my opinion handled this terribly. They called 5.18 the Worlds patch since the tournament will solely be played in this patch. Now it shows that they haven’t made enough testing to find these bugs.

Lets look back a bit. This bug has already been reported back in early August which means it should have been addressed even before the worlds patch came live September 16. A reddit thread has been submitted August 7 about this bug and a Rioter even replied on it and this is part of his TLDR: “This is a one-in-a-million bug; We don’t have a reliable reproduction step, nor the understanding of the different variables involved, so we can’t reliably know we fixed the issue when we attempt a fix.” I don’t want to take his response out of context. I only want to address that he is stating that they don’t have a reliable reproduction step to really isolate the problem. In my opinion, they have the means to reproduce this. They develop the game and we all know that they have access to a sandbox mode. A controlled environment where you can easily reproduce conditions which in a normal game would usually occur very rarely. Knowing this only leads me to conclude that they don’t do enough testing. This is understandable since they won’t have enough time to test every champion interaction whenever there is a new patch.

You know what would make it easier both for Riot and for players? Sandbox mode! Yes a sandbox mode could have easily detected this bug. You are allowing players to do the testing for Riot. Players have clamored for a Sandbox mode for so long so that they could practice in a controlled environment, without slogging through whole games just to practice a specific skill. If Riot would allow this kind of freedom and practice, the sheer amount of players wanting to try out so many things in a practice session will ultimately be able to reproduce and experience scenarios and environments which might normally occur in game very rarely. Leading to better bug reproduction and detection. I am not implying that Riot don’t do testing, it’s that they don’t do enough and I am ok with it. Just let the players cover what you might have missed in your testing.

Riot might say that they already have a testing realm which is PBE, but the problem is PBE is not sandbox. PBE still doesn’t address what players want which is a controlled practice realm.. What Riot does not realize is that by giving the players a sandbox mode they are inadvertently letting the players help them with bug detection. Sandbox mode will allow players to try so many things that might not have been covered by normal Riot testing.

Let us go back to the current conundrum. The problem here is that even though the bug has been detected earlier Riot was unable to isolate the incident or reproduce it reliably so that they can apply an appropriate fix. Let us theorize a bit, if we had sandbox mode at that time there’s a possibility that the bug could have been detected earlier than it was reported at the same time it would have been easier to isolate and reproduce because of the said mode. In turn allowing Riot to address the problem more directly and applying a specific solution. All I’m trying to imply here is Riot has to let the players help out, we love the game and want what is the best for the game (and maybe get to practice those tricky wall flashes!). Finally, you may or may not agree that Riot has handled this poorly. At the end of the day, it’s done what I’m trying to accomplish with this article is simply provide a suggestion and another perspective to what could be done so that this do not happen again.