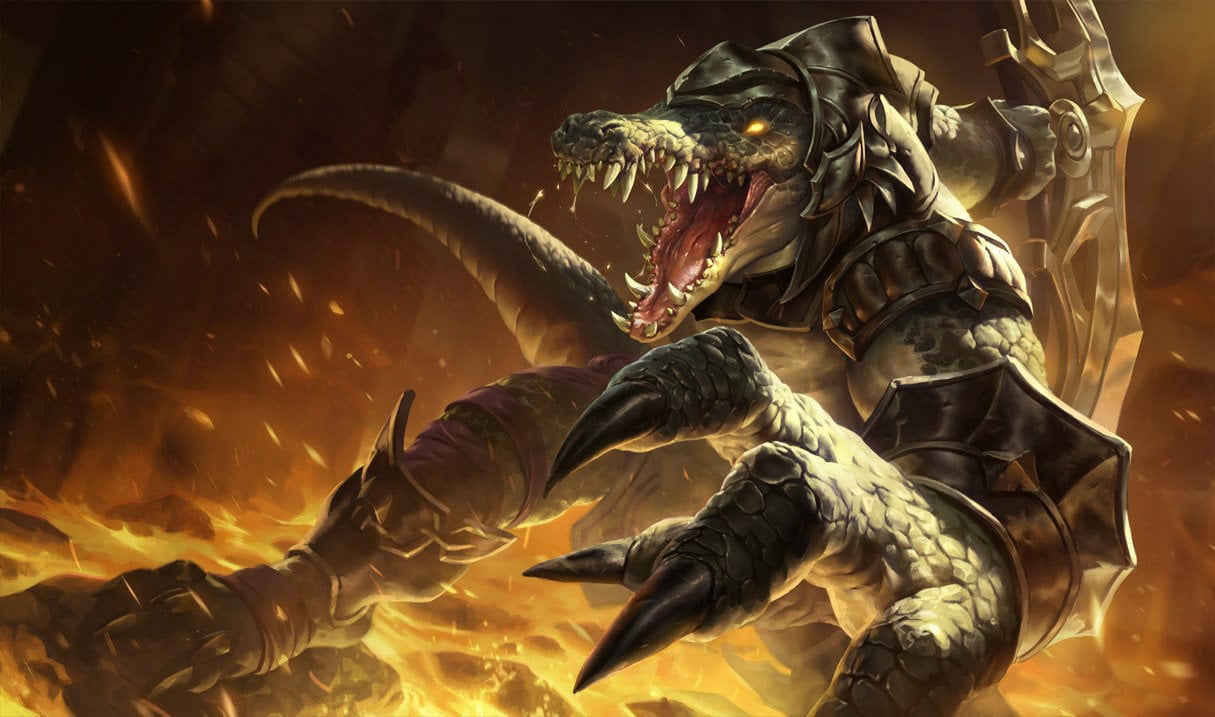 Many League of Legends champions have thrived at the start of season 11 through items that ensure they and their teammates are alive and sustained at all times. But in the upcoming Patch 11.3, many of these items are seeing major changes that will likely decrease the prevalence of healing in the game.

Mark “Scruffy” Yetter, League’s gameplay design director, revealed today that many of these items, among others, are receiving nerfs, buffs, and other adjustments that aim to reduce the prevalence of the items and the champions that have been abusing their power.

Goredrinker, Staff of Flowing Water, Ravenous Hydra, and Sterak’s Gage have been the staple items of sustain in League throughout Patch 11.2 and will be nerfed so their impact isn’t as make-or-break on the Rift.

Here are all of the item changes that are tentatively scheduled for Patch 11.3.

Goredrinker’s sheer dominance among fighters in the top lane and jungle has been a topic of discussion between fans and pros alike. Fights where an enemy may seem to be defeated can quickly be turned around with the simple activation of the item, restoring a tremendous amount of HP to the user and readying them to dive in headfirst once more. Therefore, the proposed change to this powerful Mythic item for Patch 11.3 is that the active healing it provides will be lowered from 12 percent missing health to eight percent.

Ravenous Hydra, another popular item among these fighters, is also having its Omnivamp passive changed from a constant 15 percent to a scaling eight to 16 percent based on champion level. This will reduce the overall healing that auto attacks and abilities provide when the item is bought early in the game and will likely open new build paths for many champions.

Many AP junglers have been abusing Staff of Flowing Water due to its low-cost, AP increase, and healing teammates passive, thus enabling them to dominate the jungle early in the game. To counter the support-oriented item’s strength, the AP it gives will be reduced from 60 to 50. In a similar vein, Sterak’s Gage has allowed top laners to gain an extra layer of protection that makes almost every trade safe, so its shield will be reduced from 200 to 100 and will now only last for four seconds.

Many of the items being buffed in Patch 11.3 are aimed at tackling the large amount of healing and sustain in League, with some added perks to increase damage output as well.

The most notable buffs coming with this patch are to Chemtech Putrifier, Phantom Dancer, and Lord Dominik’s Regards—all items that have fallen into the shadows in favor of others. With these changes, however, the likelihood of them bouncing to the top of usage rates for a variety of champions is high.

The new support item, Chemtech Putrifer, has been a niche pick when items like Staff of Flowing Water and Moonstone Renewner have been must-haves. Therefore, its Ability Haste given will be increased from 15 to 20 and it’ll gain a new passive aimed to help enchanters, allowing allies who are healed or shielded to inflict 60 percent Grievous Wounds on enemies they damage for three seconds.

Phantom Dancer was once a staple item for ADCs but has since fallen victim to the rise of other powerful items. In Patch 11.3, its AD given will be added back, from zero to 20. But to compensate, its attack speed will be lowered to 25 percent, its build will be changed at the early stages, and max stack attack speed will be dropped to 30 percent. These changes will allow the item to once again be considered in various ADC builds but also make sure it’s not too powerful with its synergy with other items.

Tanks in general have been some of the strongest champions in all of League throughout the 2021 preseason and the start of season 11—and there are often very few ways to deal with them. Now, Lord Dominick’s Regard will give 35 percent armor penetration, which can help ADCs hold their own against the massive defenses of these champions.

Force of Nature has been a niche pick for many tanks, with its primary use being to assist those looking to engage while also increasing magic resist. To make the item more valuable, its movement speed passive per stack is being increased to eight, with a 40 cap.

Other items are receiving minor quality-of-life changes to make them contenders for champions that may overlook them in favor of others. Frozen Heart will have its cost decreased from 2,700 gold to 2,500 but will have a decrease of 10 armor to account for this.

The powerful Banshee’s Veil will be getting an increase to 85 AP given, but its cost increased to 2,600 gold as well. Verdant Banner, which builds into Banshee’s Veil, is having its passive changed to grant one magic resist after killing any unit with a max of 15 and its cost decreased to 1,000 gold. Another strong AP item, Horizon’s Focus, is getting a small increase in AP to 115, but its passive of spotting enemies attacked by its owner from afar is having its distance lowered to 700.

Other popular items are seeing adjustments that both buff and nerf the item, intending to reintroduce the items into the game in a new way.

Eclipse, the premier Mythic for many fighters and champions that dominate heading into fights without backing down, is having its shield increased to 180 for melee champions and 90 for ranged champions. The Omnivamp it gives will now scale depending on level, from five percent to ten percent.

The new AP Mythic Riftmaker is also having its Omnivamp tuned to scale with level, from eight percent to 16 percent. The health that it provides the user will also be increased from 150 to 250. One of its component items, Leeching Leer, is having its Omnivamp set to five percent, as well as the same health increase.

All of these item alterations coming to League in Patch 11.3, as well as the announced adjustments to various champions, are tentative and subject to change prior to the patch’s official launch on Feb. 3. More details about these changes are expected to be revealed tomorrow.