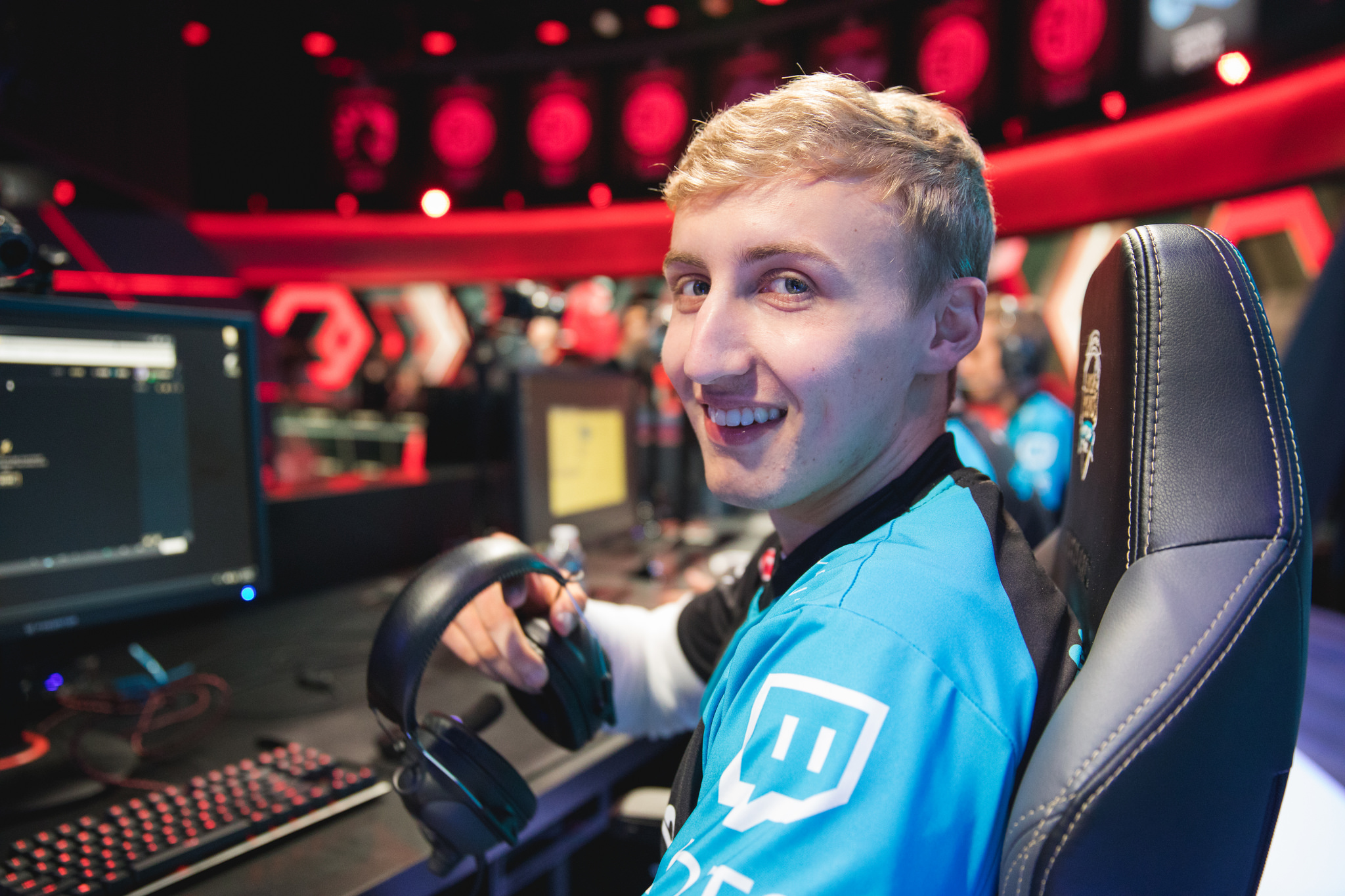 In the spring of 2017, Team Liquid suffered their worst split in competitive history. Nothing worked as the team suffered loss after loss. In desperation, the coaches benched starting mid laner Grayson “Goldenglue” Gilmer and swapped bot laner Chae “Piglet” Gwang-jin into that spot. Roster subs are uncommon, but a player swapping positions? That was truly unprecedented.

For years, Goldenglue had been criticized for his inability to capitalize on opportunities to start in the NA LCS. Getting benched for Piglet could have been the last straw. Other players have faded from memory after losing their starting spots, never to return to the LCS again.

Goldenglue was determined not to follow the same path. Rather than staying patient on Liquid’s bench, hoping for yet another chance, he left the scene altogether, heading to Korea on a solo bootcamp in the middle of the Spring Split.

“Right after the reality set in that Piglet was going to mid and I was going to be subbed out, I basically just had to spend a lot of time thinking,” Goldenglue said in an interview with theScore from April 2017. “I had to think, ‘Do I want to keep doing this?’ I decided that I wanted to keep playing League. And then I just thought about everything that I could possibly do: ‘What’s the best possible thing that I could do to improve myself as a player?’ And I came to the conclusion that going to Korea [was that thing].”

Korea has long been known as the Mecca of esports. It’s famed not only for the championship teams it has produced, but also the atmosphere of the PC bangs, the low-ping Korean server, and the talent level on the solo queue ladder. Since the beginning of modern esports with the birth of competitive StarCraft in the ’90s, bootcamping in Korea has become a rite of passage for western pros, a spiritual and emotional journey not unlike a Muslim’s pilgrimage to the birthplace of the Prophet.

But journeying to Korea has its risks. Some western pros emerge from bootcamps shattered, unable to handle the stress of playing so many games or the competitive pressures of the ladder. Things certainly didn’t all go swimmingly for Goldenglue. One particular game against Lee “Faker” Sang-hyeok, the best mid laner in the world, stood out as meme-worthy.

But overall, Goldenglue came back different. First, he started the whole Summer Split for Liquid. Their competitive results weren’t great, but there was no subbing him out for Piglet that split. A handful of wins at the end of the split seemed to indicate that things were picking up.

Then franchising happened. After the dust settled, Goldenglue ended up on Cloud9’s Academy team, another valley in his up-and-down career. Goldenglue had fantastic results on the Academy team in the 2018 Spring Split. But that’s always been the case: he’s always dominated in scrims or lower-pressure matches. Playing backup mid laner for C9 qualifies as low-stress: starting mid laner Nicolaj Jensen is a bona fide star. There seemed to be little pressure on Goldenglue to take the spot for himself.

At the beginning of the Summer Split, that’s exactly what happened. Cloud9 shocked everyone when they announced that three-fifths of the starting roster would be benched for the start of the split. Jensen was one of those players that was subbed out, leading to a comeback for Goldenglue.

His first few weeks as a Cloud9 starter didn’t result in much competitive success: Cloud9 went 1-5 in three weeks. But that doesn’t tell the whole story. Goldenglue absolutely popped off in some of those games. For the first time, he was really starring in the LCS.

But just like before, his path would not be a smooth one. He was subbed back out after week three, and Cloud9 started to win with Jensen back in the lineup. Once more, that could have been it.

Then last week happened. After falling into a 1-2 hole against TSM in the NA LCS semifinals, Cloud9 called up Goldenglue again. After years of being lambasted for his play in key moments, this was the biggest chance of Goldenglue’s career. He was playing with his back against the wall against TSM, the team with the most heralded history and loudest fans. A chance at the finals on the line.

All Goldenglue did was dominate. He and jungler Dennis “Svenskeren” Johnsen took over the last two games of the series. The whole team looked more comfortable with that duo manning mid and jungle. In the highest-pressure situation he’d ever faced, Goldenglue finally delivered.

This year, Goldenglue’s journey will not end with him toiling away on someone’s bench or by himself in a foreign country. He’s heading to Oracle Arena next week not just as a member of Cloud9, but as an essential ingredient in Cloud9’s substitute strategy.

It’s anyone’s guess who will start this weekend, who will finish, and which team will win. Cloud9’s been an utter enigma this year. But there is one thing we’ve figured out: no matter how rocky the journey gets or how bright the lights get, Goldenglue is here to stay.