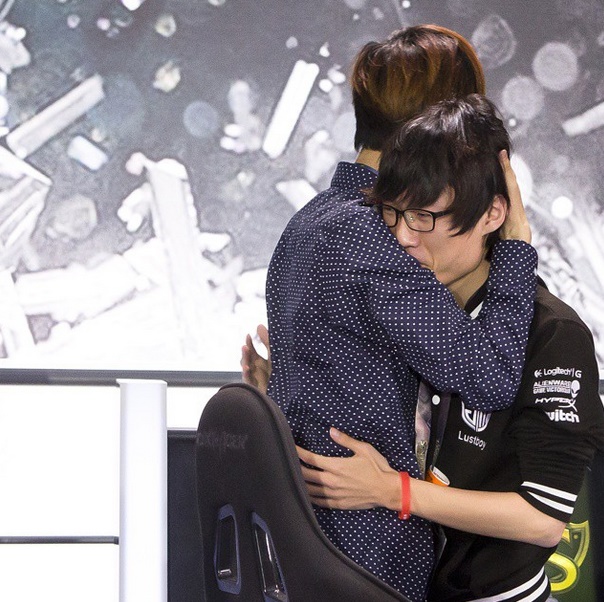 “TSM! TSM! TSM!” The crowd chants over and over, following the victory over LMQ. North America’s Fan Favorites battled back and forth against the Chinese imports, before finally taking them down in Game 5. The win meant a trip to the World Championship for TSM, and a chance for redemption against Cloud 9 in the NALCS Finals. Locodoco and Reginald stormed the stage, embracing each player while LMQ’s roster sulked in their seats.

Just a few weeks prior, TSM’s playoff chances were dismal. While Nicolas “Gleeb” Haddad’s play was consistent, his team was struggling to find success. Needing to turn their season around, SoloMid’s management decided to bench Gleeb in favor of Jang-sik “Lustboy” Ham, a Korean Support with a long history of winning. The gamble proved incredibly favorable for TSM, as they were able to fight their way back into contention for the North American title. A playoff run for the ages, followed by one of the most memorable upsets in LCS history capped off the Summer Season, and TSM emerged from the chaos with a trophy in their hands.

A former Starcraft player, Lustboy began his League of Legends career in late 2011. The talented Support was picked up by Korea’s MiG Blaze, a team filled to the brim with untapped potential. With a full roster of future stars like Reapered, Flame, Ambition, Cpt Jack, and Helios, it’s no wonder that Blaze crushed their sister team in the 2012 OGN Finals. Lustboy’s standout performance over MiG Frost’s Madlife on Lulu, Soraka, and Janna made the young Support a household name in his home country. Despite beating the “God of Support” in a dominating fashion, Lustboy still had a long career ahead of himself.

After being picked up by the Azubu Organization, Lustboy and his team had the Season 2 World Championship in their sights. Azubu Blaze made it all the way to the 3rd Place Match of the Korean Qualifiers, before falling 2-3 to Maknoon’s NaJin Sword. In the Fall of the same year, Blaze would take revenge on Sword with help from Lustboy’s Sona and Cpt Jack’s Corki.

With Season 3 fast approaching, the ownership of Blaze and Frost was changed once more. CJ Entus, known for their Starcraft organization, stepped in and decided to sponsor both teams. Reapered departed for an ill-fated team called “Eat Sleep Game”, leaving a vacancy in Blaze’s Top Lane. The position was eventually claimed by Goldtec, an unproven former-sub with major shoes to fill. While I could go completely off-topic here to appease Flame fanboys (and Thorin), I’ll choose not to digress for now.

Korea’s All-Star Team in 2013 was dominated by players from CJ Entus, including Shy, Ambition, and Madlife. Lustboy was not voted into the All-Star Event, losing by a landslide to his Frost counterpart (who had earned 80% of the total votes). Staying relevant despite an already lengthy career, Lustboy displayed extreme consistency in the year of 2013. After failing to qualify for the Season 3 World Championship, CJ Blaze’s situation went from bad to worse. Long-time ADC Cpt Jack departed for Jin Air, followed by Helios, who took the role of Jungler for CJ Frost. Those two spots were filled by Emperor and Daydream, who have since left for Brazil’s KEYD Stars.

Lustboy himself was the next player to bail, leaving the CJ Organization in June of 2014. He was a free agent for around a month, before being added to North America’s Team Solo Mid. Since then, the Korean Support has had a boatload of success, taking 1st Place in the NALCS and attending the Season 4 World Championship. TSM would make it out of Group B in the tournament, before being rattled by Samsung White in a 1-3 stomp. The 20 year-old has already had a fruitful career, and we’re all ready for what he’s got in store next.