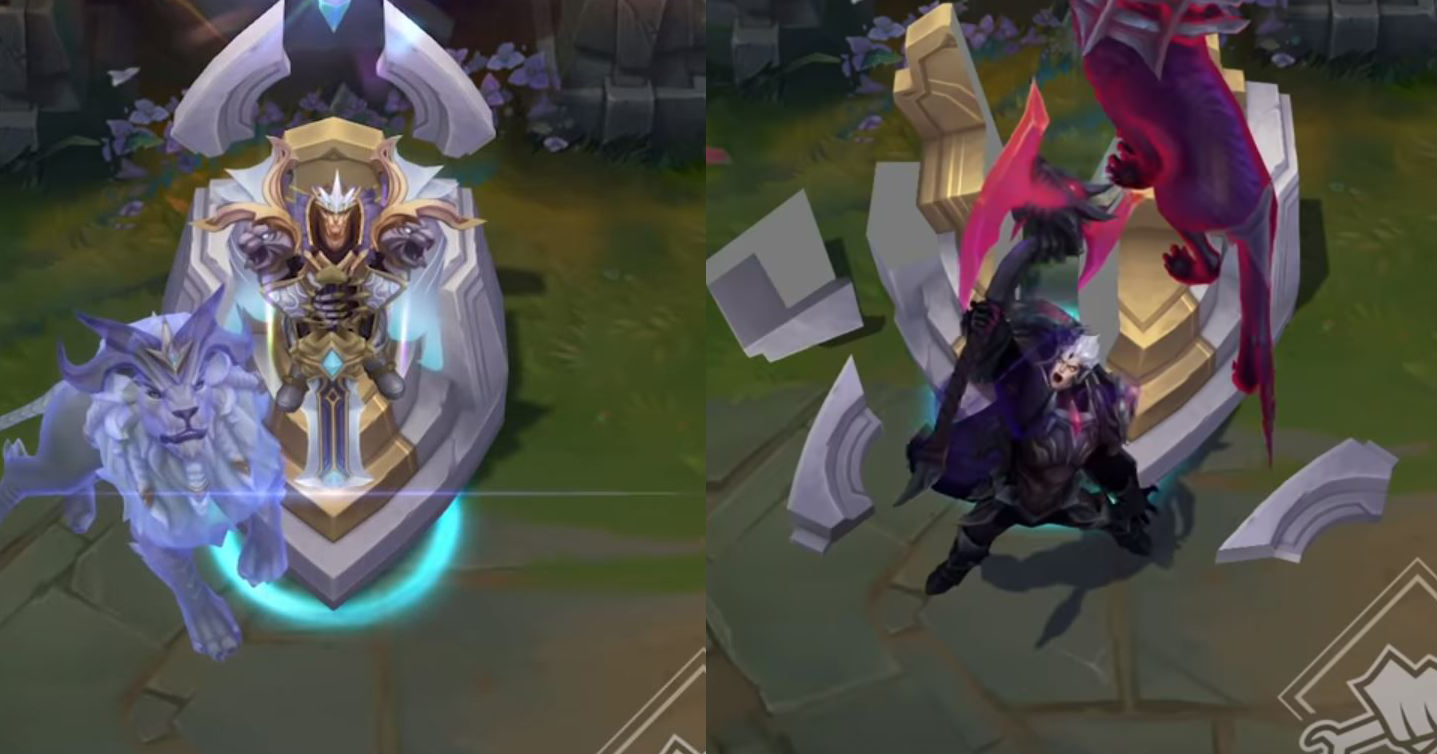 There’s one big reason this year’s skins are better than last year’s, and it’s the fact that they’re not Riven and Yasuo. We won’t be as annoyed in solo queue, where everyone will inevitably take these skins to try them out. In all seriousness, though, last year’s skins were impressive and full of more detail and new effects than most other skins in the game barring Ultimates.

This year’s God King skins rise up to meet the expectations set by the Dawn and Dusk set.

The theme, in case you couldn’t tell, is a struggle between the wolf and lion. Darius is the wolf, and Garen is the lion. This can be easily confirmed by watching the recall animations of both skins, which feature a giant lion and a giant wolf.

Just like last year’s skins, these appear to not only have custom spell effects, but also custom spell animations, which mean Garen and Darius both move differently when casting them. Garen is looking very kingly, while Darius gives off the vibe of a usurper who really likes to chop things in have with his big shadow-axe-thing.

With a reveal today, we should see both skins go live in two weeks’ time with Patch 8.13, alongside the new Aatrox. It’s going to be a big patch.