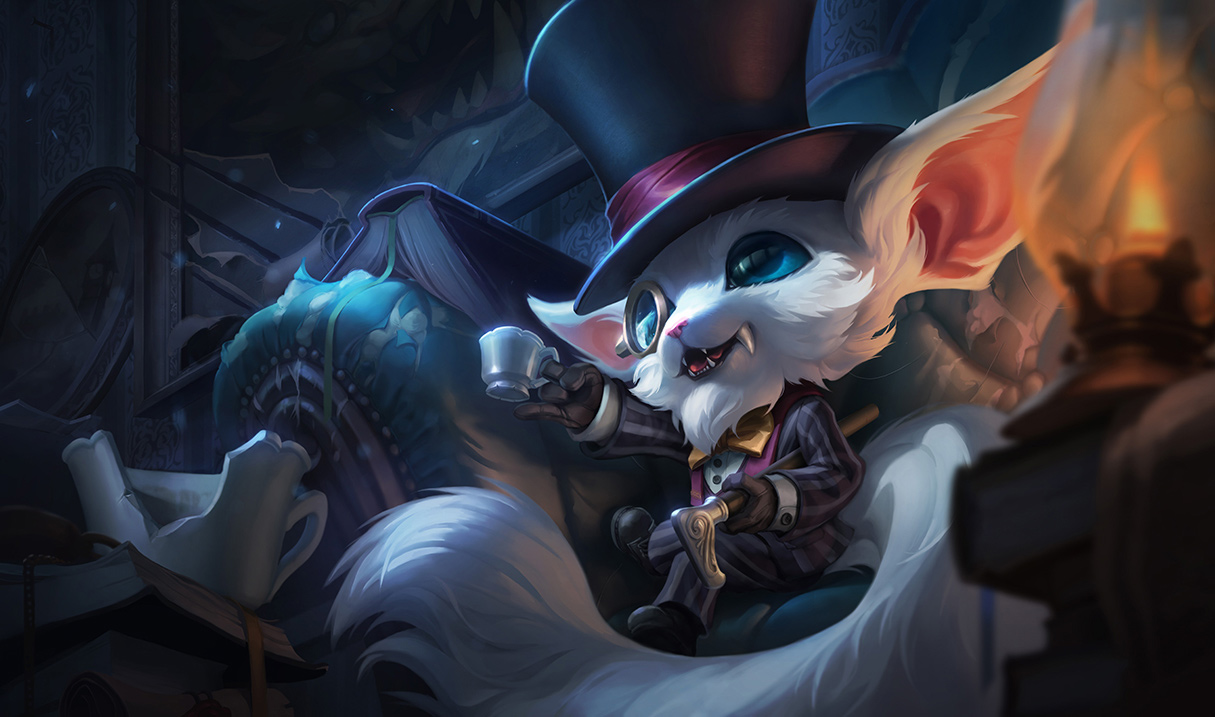 After their mini rework in May seemingly failed, Kindred is set to receive even more buffs in the next patch, and an underplayed Gnar is getting some love as well, according to the latest PBE update.

It’s sad to see that Gnar needs buffs to stay relevant, considering he was a very strong pick in both solo queue and professional play mere months ago. Kindred, on the other hand, have never really been strong in regular nor professional games.

For such a fearsome little guy, he hasn’t really had a presence in the top lane for a while now. Gnar has been having trouble trading damage with the likes of Kennen, Fiora, or anyone for that matter. Mini Gnar’s strength is supposed to be lane bullying, so the fact that he lacks the damage to actually be a lane bully raises some eyebrows. Apparently it raised the right eyebrows, because his lane harass is getting buffed.

Gnar’s Q has an interesting mechanic. If you catch the boomerang on the return path, its cooldown is drastically lowered. This is meant to reward good Gnar players that think about how they’re throwing Qs to trade damage with their opponents. Unfortunately, that doesn’t mean anything if the Q’s damage is so laughable. Because of that, Gnar’s Q is getting some buffs.

At rank one, the ability will deal the same damage, but as soon as you start ranking up, its base damage will be significantly higher than it is now. At rank two, it will be a 10 damage buff, but at rank five it’s being buffed by 40. The idea here is that at level one, Gnar’s ranged attacks can deal with basically any champion, but when they start scaling a little bit, they can run away with the lane. Since Gnar usually maxes his Q first, he should get plenty of use out of his Q in lane trades before he makes his way to teamfights.

His ranged harass isn’t his only rough patch, though. His other strength lies in landing huge, game-changing ultimates and dishing out insane crowd control when he’s in his mega form. unfortunately, with how many speed boosts and micro mobility there is in the meta, he has trouble actually getting to champions to land his mega combo. To remedy this, the range on his leap in mega form is being increased by over 100 units at all ranks.

Never one without the other

Kindred are a couple of death spirits that, above all else, feel really cool to play. They’re high in mobility, and their champion fantasy is executed very well. Marking an enemy for death truly feels like you’re hunting them down one by one. Unfortunately, though, feeling cool to play isn’t enough to actually be played by many people. Kindred were reworked back in Patch 7.11 to turn them into a proper ADC with high bonus AD scalings and a new passive. The rework didn’t really hit the mark, it even left them feeling weaker than they were before—and they were already pretty weak.

Buffs were then pushed out in Patch 7.12 to the range on their Wolf’s Frenzy and the mana cost was lowered on Mounting Dread, but that did little to help them out. Their winrate is still a rather low 48 percent, and their playrate is a meager one percent, according to League of Legends stats site Champion.gg. It’s clear that Kindred are on dire straits, and they need some serious buffs to come back from it.

Well, fear not, because Riot is getting serious with this next round of buffs. Kindred will be the recipient of three major buffs, if last week’s PBE buffs make it all the way through to Patch 7.13. The first buff will reduce the amount of successful hunts needed to increase their attack range. Now, after four successful hunts, every three hunts will increase their range, rather than every four hunts after the initial four. The second buff is on Wolf’s Frenzy again, and the current health percentage damage on each of Wolf’s attacks is being increased from 0.5 percent to one percent. The third and final buff will be to Mounting Dread. It will now deal 20 more damage at all ranks, a pretty significant hike in damage that will help their ganking more than anything.

These buffs might be enough to bump them into the meta, but at the very least, they should be enough to make Kindred a viable pick in certain situations.