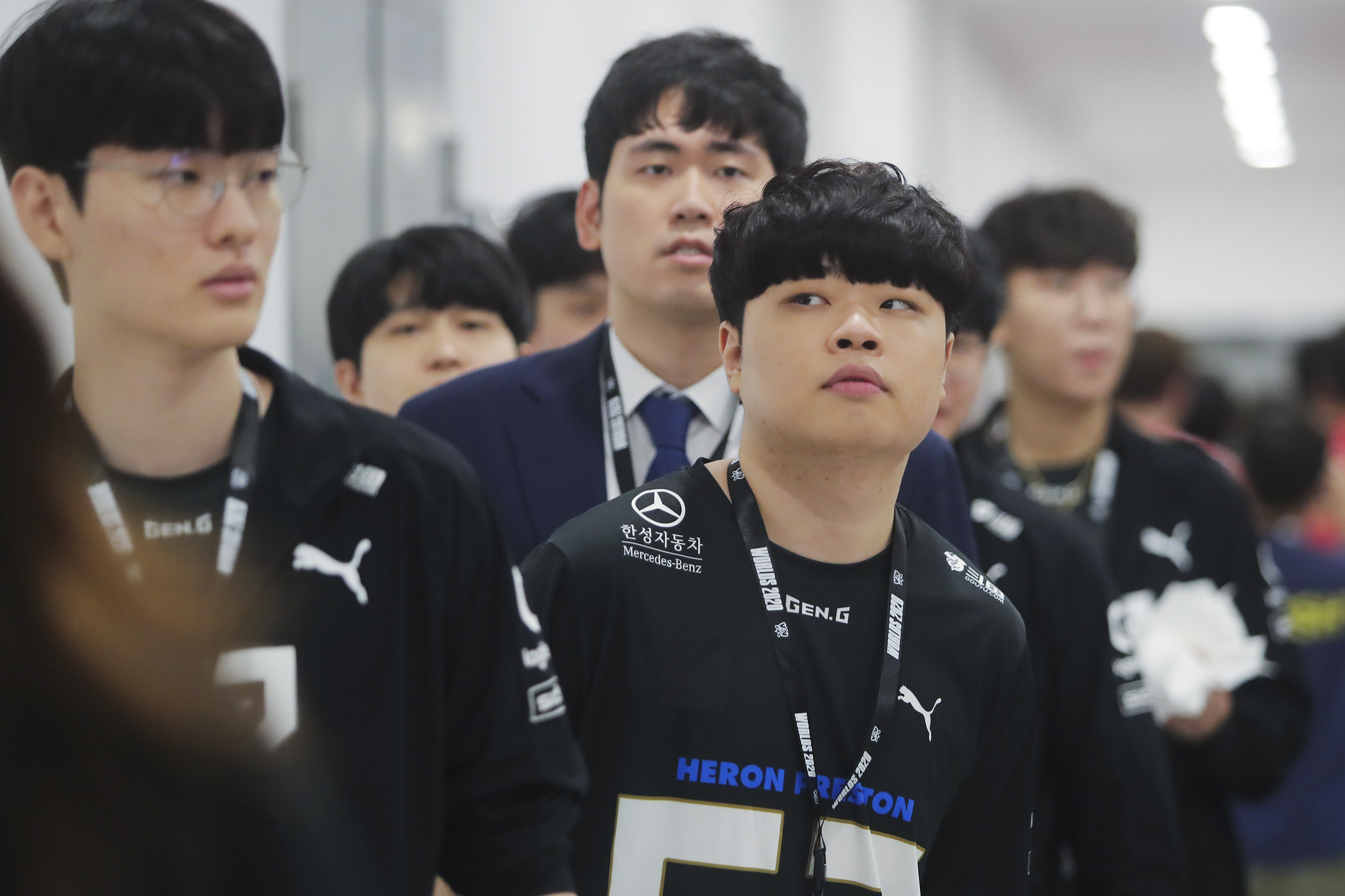 Gen.G locked in first place in Group C at the 2020 League of Legends World Championship today after a 23-minute game against Fnatic.

The Korean third seed finished the group stage with a score of five wins and one loss, dropping only one game to Fnatic in the first round robin.

The early game was going quite well for Fnatic. But after a couple of plays around the bottom lane, Ruler took over with his Aphelios pick. He finished the game deathless and with a scoreline of 6/0/2.

The match began with heavy prio by Selfmade in the mid lane. His early ganks were successful, killing Lucian and denying him valuable gold and experience. While Gwak “Bdd” Bo-seong was getting camped in the mid lane, Gen.G’s top laner Kim “Rascal” Kwang-hee and bottom lane were winning their matchups. This came to bite Fnatic later on with the early lead in the mid lane not mattering since Nemesis was playing Lulu.

Gen.G were very dominant following their early plays, securing three drakes by 18-minutes and taking the Baron once it spawned. Fnatic tried to stop them in their tracks but fell one by one. Gen.G capitalized on this to finish the game in one of the fastest games during the group stage of the League World Championship 2020.

Gen.G as a first seed will face either G2 Esports, JD Gaming, or the second seed from Group D in the following knockout stage. The knockout draw will happen most likely after Group D seeds are decided tomorrow.