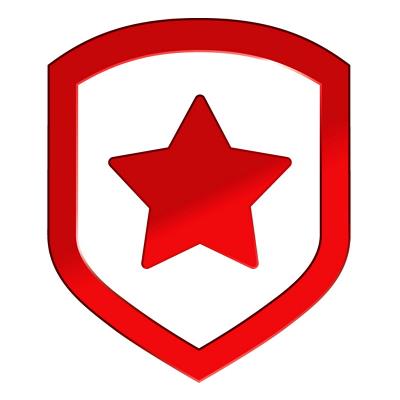 Gambit are a gamblers nightmare there’s no doubt about it, coming out of nowhere with tons of upsets, we simply have to ask where did this come from?

After a 0/5 start seemingly out of nowhere Gambit have come back strong with a 5 game win streak, beating even Fnatic during this streak, so you can’t sum it up as “They only played easy teams”.

So to ask what has caused this sudden streak we should first look at where it began, for example their last loss. It was Game 1 on week 3, they made some uh… let’s just say questionable picks, they picked Gragas top and a Lulu support, whereas Freeze got Kalista and Soren got Kassadin, so we can see why they lost this game. But this is where their loss streak ended.

On the next day they were to match up against H2K, we can see just from the pick and bans phase alone that Gambit had improved drastically in just one day, why exactly we do not know but they seemed to just click in that pick and ban phase against H2K which caused them to stop picking things that are unsafe and give Diamond the type of hyper carry jungler he’s known for playing. A main factor in this game would be NiQ counter picking Kassadin into Ahri, the opposite of the lane he played vs CW the day before, I think this had a large part of their win, NiQ has the mindset of a carry but a safe play style which doesn’t allow him to act on it, NiQ being allowed to counter pick this game helped him to feel safe in lane which allowed Diamond to make plays all over the map.Oh, and lets not forget Cabochard’s godly Irelia, Cabochard has a habit of thinking “We’re ahead? Oh let me destroy them.” I find that Gambit have been struggling from playing from behind but rather try keep the gold even until they feel comfortable enough to teamfight.

Does their current teamfight heavy playstyle remind anyone else of old school Gambit? The way they go even until they find a fight and then they win it and snowball with vision and counter jungling/ganking.

This is a quote from Gambit’s top laner ‘Cabochard’ on their improvement since the 0/5, taken from his AMA on reddit “We finally had Internet and our coach came, and we were just taking every mistake and working on it step by step to improve on our game.”

For the first few weeks they didn’t have any internet at all so they were unable to scrim very often at all, and even now their internet is patchy so the players are still not practicing as much as they possibly could, I personally believe this is not Gambit’s full potential at all and they still have a long way to come as a team before they reach their pinnacle of skill.

Now let’s think about that final point he made “we were just taking every mistake and working on it step by step” my in game analysis is not the best but you can definitely see a difference in game, their pick and bans have been a ton smoother since Leviathan arrived, everyone seems comfortable on the champions they’re playing and to add to that they’ve been playing a better early game than ore which shows they’ve been putting work into it.

A lot of people would have been happy just blaming NiQ for their defeats but NiQ is not a bad player, NiQ is a good player but I’m not going to lie and say he’s been playing well, he’s made tons of mistakes and has left a lot to be desired so far this split. He hasn’t however single handedly lost them games and whenever the team is ahead he does his job and wins games, last week and for the current time being NiQ is sick and has been subbed out by Betsy who is currently 2-0 including a win against Fnatic. Betsy is a great player and is performing in every way the team has needed him to so far.

Everyone wants to see Gambit up there with the best again destroying everyone on a world stage, I for one am excited for Gambit’s future especially with IEM just around the corner, I hope we get to see a GE Tigers vs Gambit Gaming final but I guess we’ll have to wait and see. I believe Gambit still has a long way to come as a team and once they’ve got access to scrimming as much as they’d like to I think they’ll be able to compete with SK and Fnatic at the top of the standings.