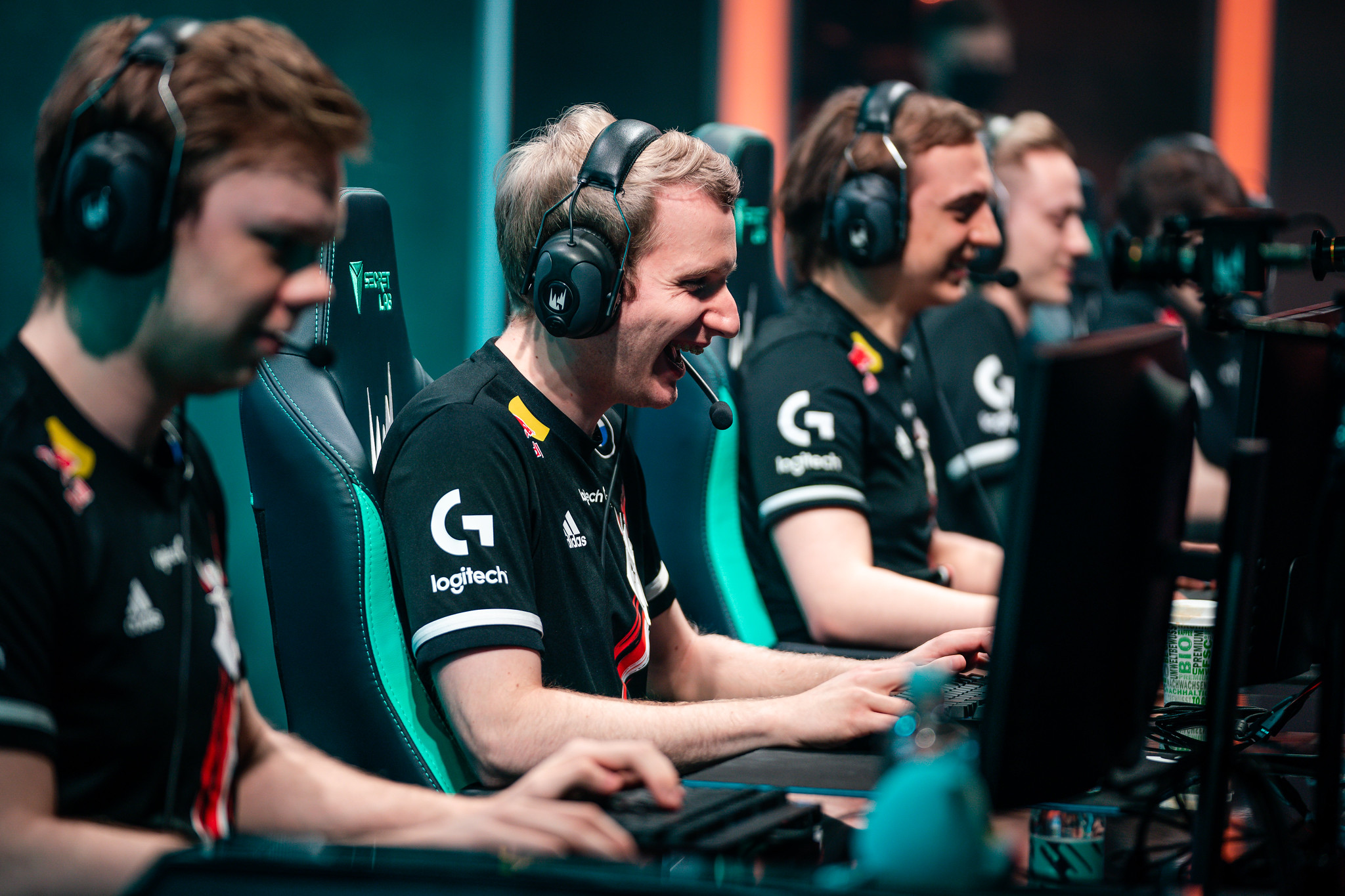 It’s been a rocky year so far for G2 Esports in the LEC. After an unsuccessful Spring Split that saw the League of Legends roster fail to make the finals, the team rallied themselves in the offseason and headed into the summer determined to return to form as one of the best squads in the world. As part of this journey back to the top of the LEC, the team acquired strategic coach Nelson Sng in the offseason, who was previously a coach for LNG Esports in the LPL.

G2 jungler Jankos explained in an interview with Dot Esports’ Lara Lunardi that the decision to bring Nelson on board came after identifying supposed champion pool issues for the team. “Going into Spring Split playoffs, there were many champions we just didn’t play, so that made drafting very difficult for us throughout the playoffs,” Jankos said. He described Nelson as a “breath of fresh air” coming from the LPL and explained that Nelson’s time outside of Europe allowed him to gain a unique perspective on drafting that G2 previously lacked.

Outside of changes to the team’s coaching staff, G2 were one of the few LEC rosters that made no moves after the Spring Split. This offseason was one of the strangest and most turbulent in LEC history, with multiple players swapping roles in an attempt to help their team secure those all-important World Championship spots. Notably, this split has seen two players role swap into the jungle: SK’s ex-support Treatz and Fnatic’s ex-top laner Bwipo. Commenting on Treatz’s performance in the jungle in SK’s match against G2, Jankos said Treatz was playing “creatively” in the role and that his mindset as a jungler was reminiscent of the jungle style popular in League season nine.

“I do think [Treatz’s] playstyle can bear fruit, but he’ll sacrifice the whole map for it,” Jankos said. “In our game, he gave up the whole map just to gank top a lot.”

Jankos went on to explain that in its current state, the jungle role is “pretty straightforward” to play and that jungle performance is generally reliant on the quality of the team around you. He also highlighted that of the players on the current G2 lineup, top laner Wunder would be the best equipped to role swap into the jungle, as both an ex-jungle player and successful solo queue off-roler.

But with the Wunder jungle swap still a distant possibility for G2’s current roster, the team looked for new ways to improve their synergy in the offseason after a disappointing spring. At the end of that ill-fated spring playoff run, the team cited issues finding a “leader” in-game as one of their key issues. But Jankos said the organization has implemented a strong training week schedule to improve the team’s cohesion both in and out of the game. Alongside scrim blocks and solo queue sessions, the team now exercises, eats, and has team-building activities together, according to Jankos.

Doing these kinds of group activities is incredibly important for the team’s overall performance, Jankos said. “I think that having a good team spirit and being friends outside of just playing League together is super important, and everyone’s been following this schedule super strictly and trying their hardest to make it work,” he said.

So far, it looks as though G2’s holistic coaching style is paying off with the team now sitting tied for first at the top of the LEC alongside Misfits. To keep their momentum going, they’ll need to take down Vitality in their match on June 25 at 4pm CT—a matchup that’s sure to be one of the most explosive of the Summer Split so far.