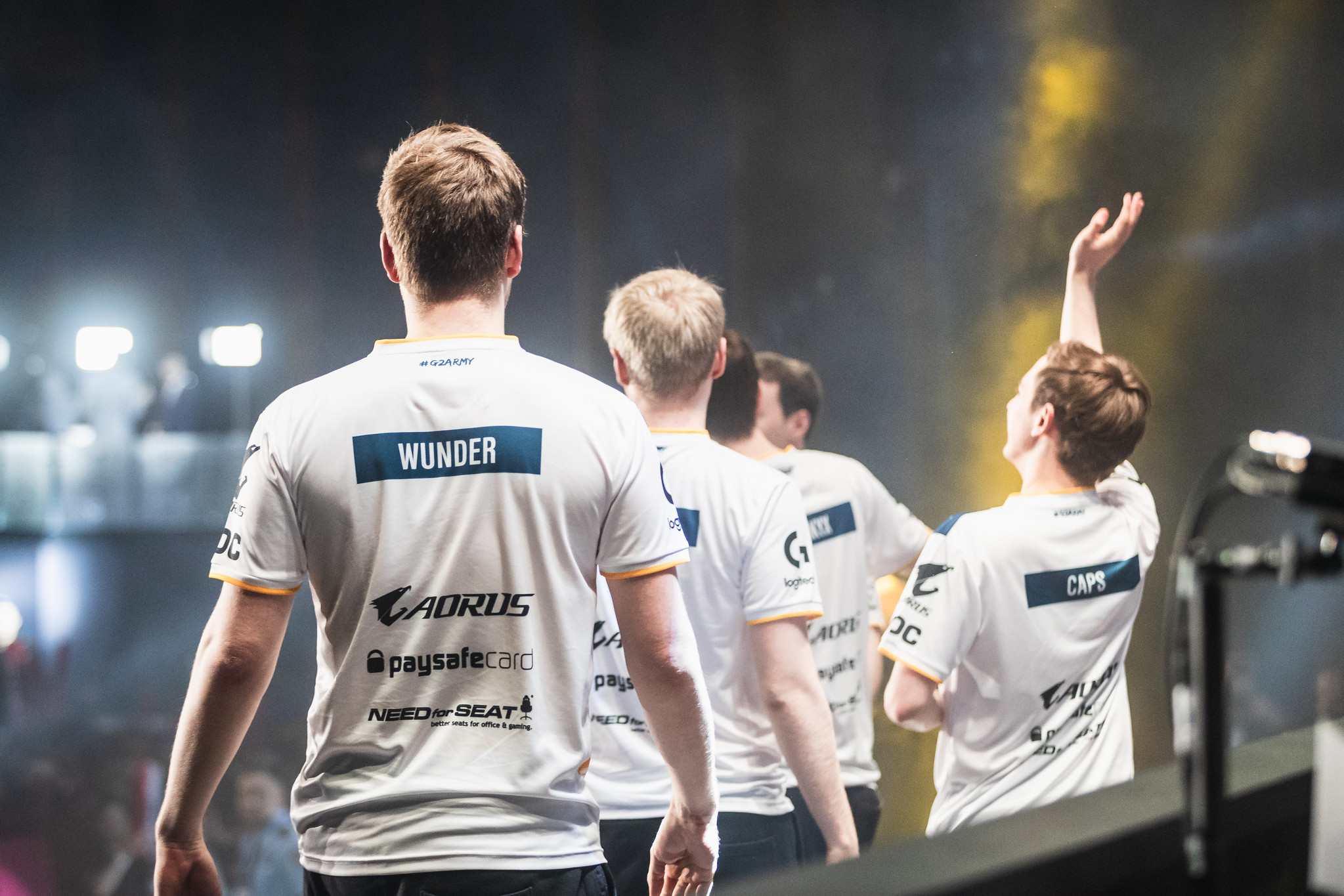 After a shoddy start to the day, G2 Esports bounced back and defeated SK Telecom T1 at the League of Legends Mid-Season Invitational.

G2 suffered a humiliating defeat to Phong Vũ Buffalo earlier in the day, while SKT looked to be back in form after taking out Team Liquid. The rematch between these two teams was an entirely different story, however.

SKT kicked off the game with a three-kill lead. But G2 clawed back before Kim “Khan” Dong-ha’s Jayce could snowball out of control. G2 won the all-important teamfight, secured Baron, and pushed down the Nexus for the win.

This game wasn’t pretty and featured sloppy play across the board, but after back-and-forth action, G2 proved to be the better team on the day. Martin “Wunder” Hansen’s Pyke pick was one of the defining factors of the matchup. Even after being repeatedly camped in the top lane, he carried G2.

He caught Khan overextending and then Death From Below’s passive came into play. It gave him, and his teammates, the money they needed to fight back, and there was nothing Lee “Faker” Sang-hyeok could do to stop them.

One of the biggest matchups of the competition will take place tomorrow morning when G2 rematch against the undefeated Invictus Gaming. It won’t be easy for them to overcome the Chinese giants, but if anyone can do it, it’s G2.