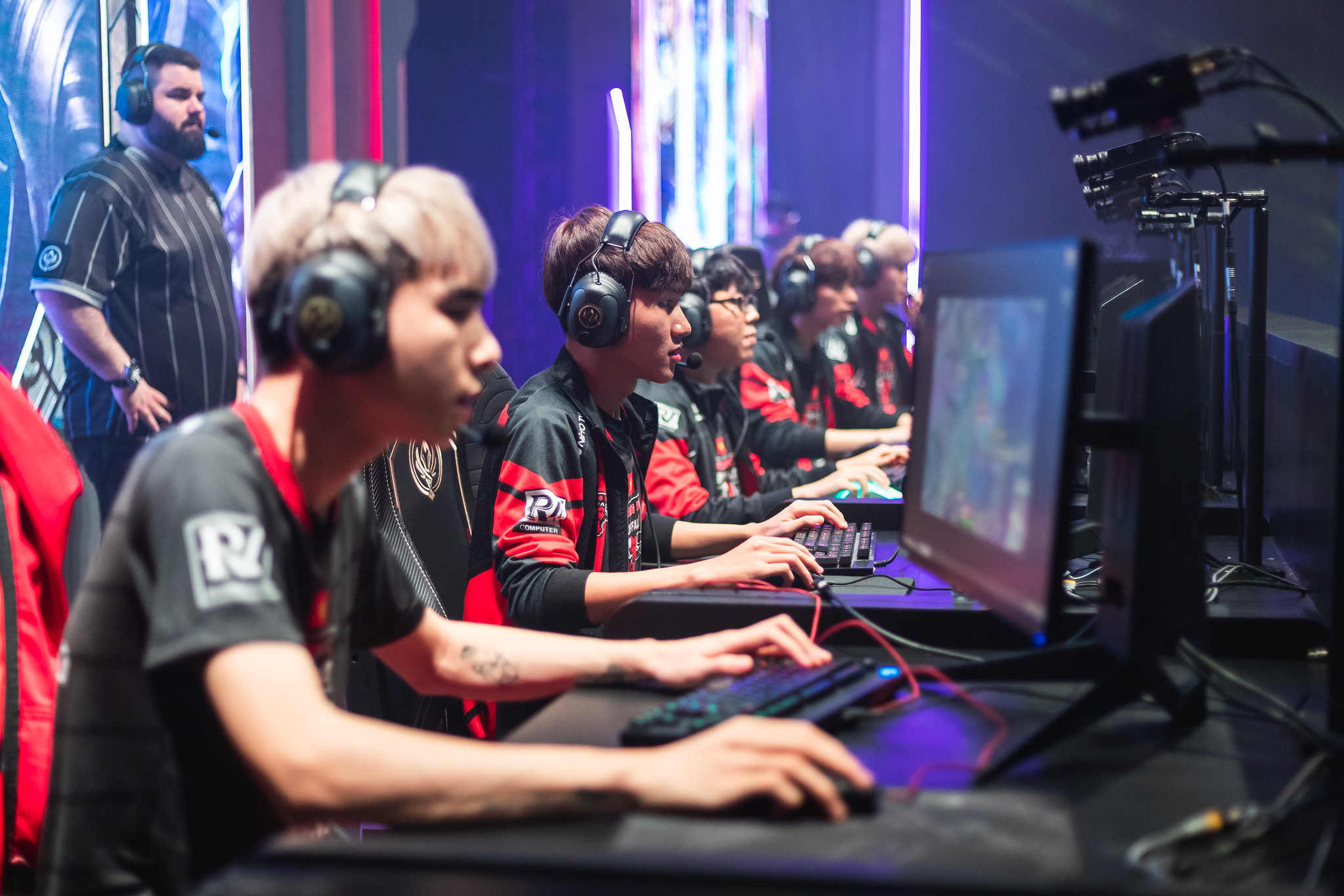 G2 Esports were unable to mount a comeback against Phong Vũ Buffalo as the VCS representatives fired on all cylinders in the early game to snatch their first win of the tournament away from the second-placed LEC team. Similar to how Invictus Gaming struggled to match the Flash Wolves’ aggression, G2 fell prey to Phong Vũ Buffalo stampeding across the map to find kill after kill and eventually the game.

PVB had struggled in the tournament so far, putting up respectable performances against some teams like IG, but faltering against squads like Team Liquid. Heading into their final game of the first round robin of the tournament, they desperately needed a win to keep their slim playoff hopes alive since they sat winless in dead last. G2, on the other hand, were contending for first place after only losing to Invictus Gaming so far. They were poised to keep themselves in second with a win over their seemingly-easy opponents.

Jungler Hoàng “Meliodas” Tiến Nhật returned to PVB after recovering from illness and was intent on making his presence felt on Rek’Sai. Luka “Perkz” Perković fell early before he could get there, though, as Đặng “BigKoro” Ngọc Tài’s Kai’Sa flashed in at level one to claim the kill and the early lead courtesy of Nguyễn “Palette” Hải Trung’s Shen.

Rasmus “Caps” Winther, Marcin “Jankos” Jankowski, and Mikael “Mikyx” Mehle were next to die as PVB established an early gold lead. Meliodas was everywhere as he frequently waylaid the gold-starved G2 to put even more gold into his carries’ pockets. The snowball developed and they were up 4,000 gold only 10 minutes into the game.

G2 lost all jungle pressure as Meliodas relentlessly took away Jankos’ camps and shut out the LEC champs from any objective, securing the Rift Herald before claiming the first turret of the game at the 16-minute mark. As the game slowly grew more and more out of G2’s control, PVB supplemented their gold lead with two drakes and used their Cloud Drake to beat G2 to every punch, starving them even further.

Phong Vũ Buffalo used the narrow twists and turns of the jungle to take the fight to G2 and press their advantage. The LEC champions looked helpless against the consistent damage pouring from the Vietnamese roster. Using a Baron claimed at the 23-minute mark, PVB found the fights they needed to break open the G2 base and eventually won in the crucial teamfight after a second Baron to take their first game of the tournament in emphatic fashion.

With the loss, G2 remain in second place thanks to their head-to-head record against SKT, who they destroyed in their first matchup of the tournament. They now have a rematch against SKT later in the day and that game could prove vital to who comes in as second fiddle to Invictus Gaming.

PVB, on the other hand, keep their faint playoff dreams alive. It only took a gold lead of over 20,000 and 31 kills to seven, but with the win in their pocket and a potential Flash Wolves victory over Team Liquid next, they could be one game behind both the NA and LMS representatives.