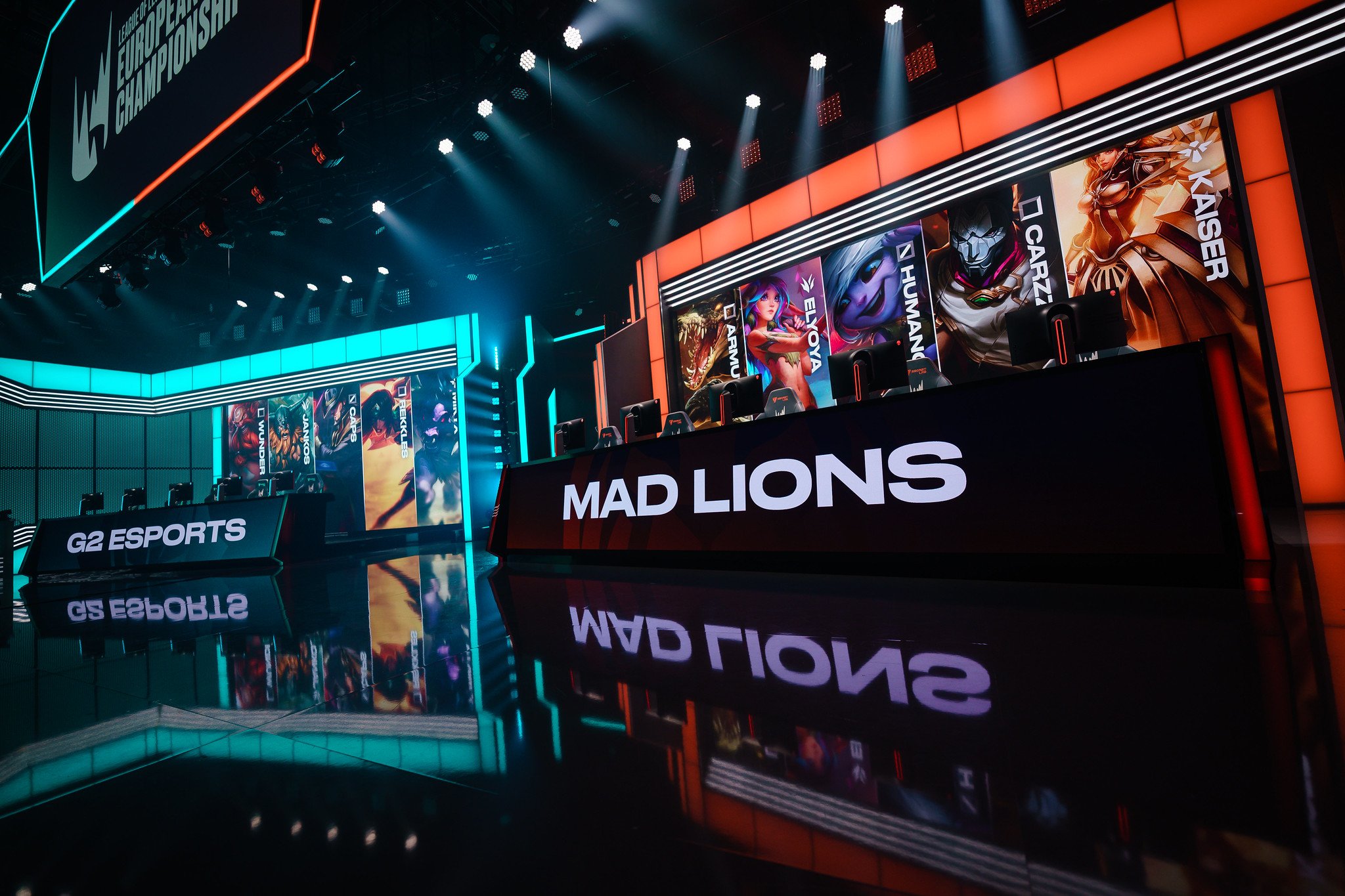 The 2021 LEC Spring Split playoffs are right around the corner. But before we kick off the postseason festivities, we still have a whole superweek of great games to get through.

This time around, the LEC has revealed that the final match of the week for the 2021 Spring Split will be between G2 Esports and MAD Lions.

The season actually began with a game between G2 and MAD and it’s now the last feature matchup of the split. The European juggernaut played against MAD’s young guns in a relatively lopsided game in week one, but both teams have grown and evolved since then.

MAD are now tied for third place alongside Fnatic and have also clinched a spot in the playoffs. They have the fourth-highest kill count of any LEC squad and have also maintained a respectable early game with an average difference of 568 gold at 15 minutes, according to Oracle’s Elixir.

MAD also have one of the league’s fastest rising stars in their jungler, Elyoya. The rookie has become one of the biggest reasons for their success. Right now, he has the second-most kills among LEC junglers, the highest kill participation percentage in his role, and a whopping 30.2 percent of his team’s total kills, according to Oracle’s Elixir.

Meanwhile, G2 have continued their dominance over the region. After picking up Rekkles to replace Perkz at the end of 2020, the veteran AD carry has elevated his game and leads the league with a 14.9 KDA. He has the least deaths—and the most kills—in the LEC and has dealt the highest average damage per minute among ADCs in the league.

This game should be explosive from the first minute and will be one of the most exciting series of the weekend. There are, however, multiple other big matches across the three days, including Fnatic vs. Rogue.

You can catch all the action when week eight of the 2021 LEC Spring Split begins on Friday, March 12 at 11am CT.