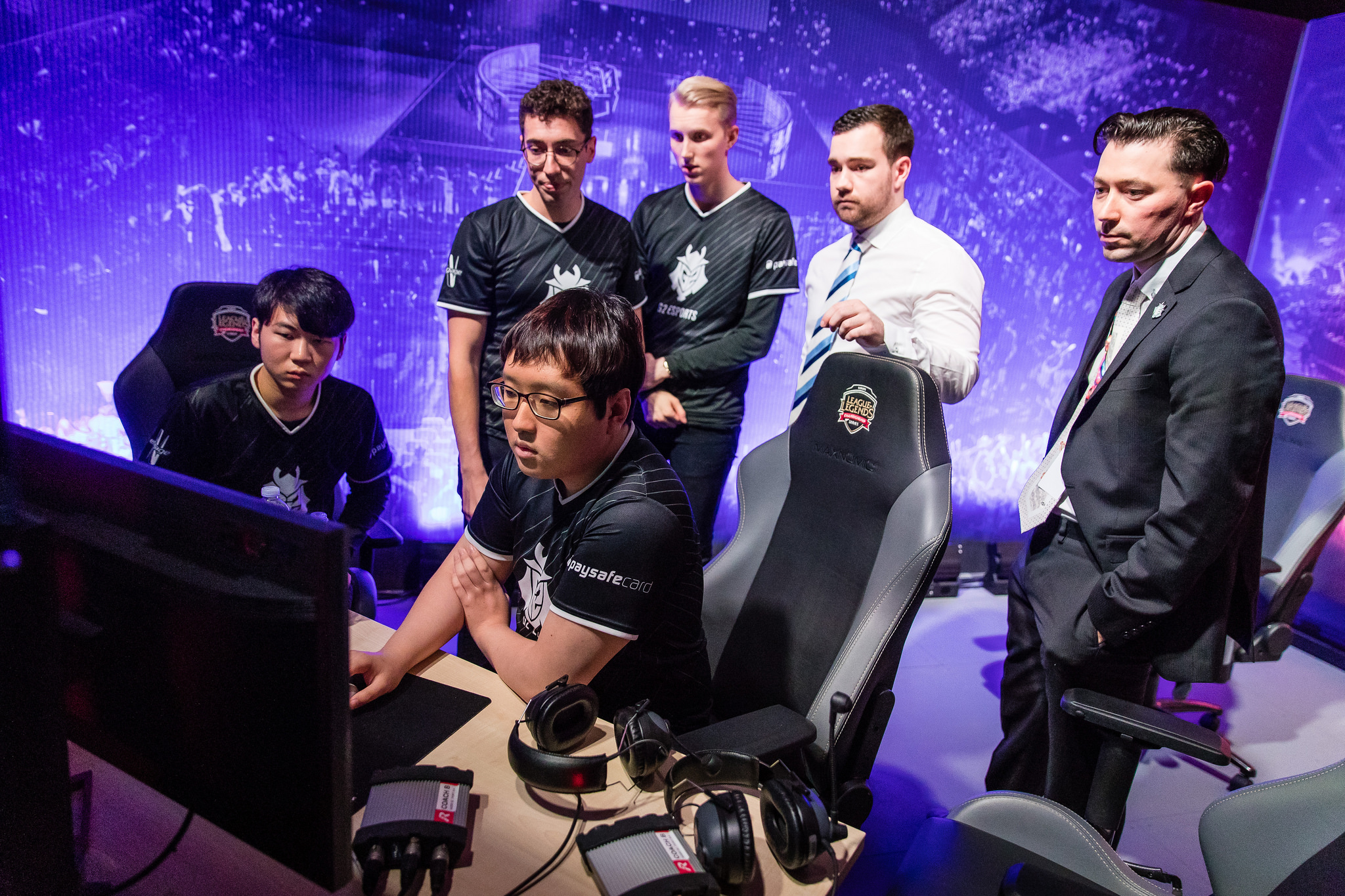 One of the EU LCS’ fiercest rivalries is set to continue this Friday when G2 Esports take on the Unicorns of Love.

Last time these two teams faced off—in the EU LCS Spring Finals—G2 came out on top to win their third successive EU LCS title. Unicorns of Love, battered and bruised, flew off to Korea to train in hopes of taking down the current kings of Europe at a later date.

Heading into the Summer Split, G2 were the favorites to win the title. On paper, analysts had G2 and Unicorns dominating their respective groups—but things haven’t quite gone as planned. Four weeks into the split, G2 are joint third in their group following losses to Misfits and Fnatic, while Unicorns are tied for first place with H2K-Gaming and Splyce.

With both teams looking to keep in playoff contention, there is now a lot more to play for than simple bragging rights when these two teams come up against each other on Friday.

The matchup to look out for will be Luka “PerkZ” Perkovic of G2 and Fabian “Exileh” Schubert of Unicorns, two of the best mid laners in the EU LCS right now. Both these players have been crucial to their teams’ success in recent games and have been outstanding performers in the Summer Split so far.

Both players have volatile early games and can be punished for their overextending in lanes. Unicorns rely more on Exileh than G2 do PerkZ, so if he falls behind, they might just crumble.

G2’s jungler Kim “Trick” Gang-Yun, meanwhile, is one of the weaker links in the team right now. He was caught in the game against Misfits by jungler Nubar “Maxlore” Sarafian for being too aggressive in his ganks or for being out of position in team fights, gifting the opposing team easy opportunities to take a lead in the early game. If Unicorns want to have any chance of winning the series against G2, they will need to capitalize on this weakness by having UOL jungler Andrei “Xerxe” Dragomir counter jungle Trick effectively and control the vision on the map.

G2 have never lost a series against Unicorns of Love. A string of poor results in Group A, however, will have the Unicorns feeling slightly optimistic going into the match. For the Unicorns of Love, this is their best chance to take a series off of the EU LCS champions and could potentially knock G2 into fourth place and out of the Summer Playoff positions at this time.

It all comes down to Unicorns of Love matching G2 in every lane and putting enough pressure onto G2’s carries to give them an advantage. G2 will need to improve on their performances from the past few weeks if they want to have any hopes of catching up to Misfits and Fnatic.