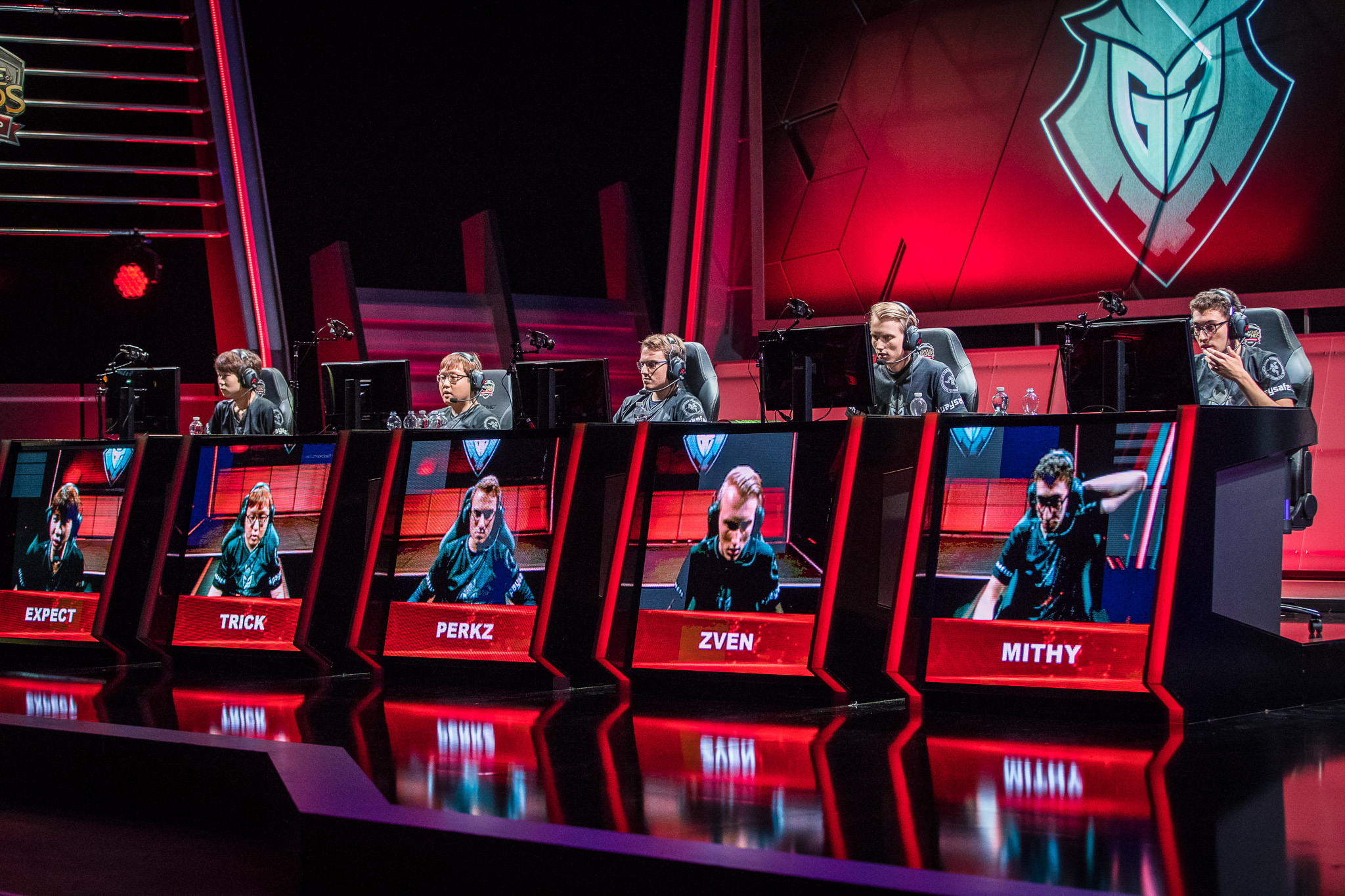 For over a year, G2 Esports have been the kings of Europe. They took down Season 6 champions Fnatic, and shut down every rival team. This season, they remain undefeated, but on Thursday they face their toughest test so far: The ascendant Unicorns of Love.

After getting knocked out by G2 in the semifinals of last summer’s playoffs, Unicorns decided to keep the team together and see if chemistry could drive them to victory. They built momentum by knocking off several strong opponents at IEM Oakland late last year and are also undefeated this split.

Who has this upper hand in Europe’s match of the week? We expect it to be close, but G2 has been unbeatable for over a year, and tomorrow, that won’t change.

Eyes on the mid lane

One of the most compelling matchups in this series will be in the mid lane. G2’s Luka “PerkZ” Perkovi? is known as a solid player. But after coming as a runner-up to teammate Kim “Trick” Gang-Yun for the Spring Split MVP award, he fell down the ranks in the Summer Split, not even making the All-EU First Team. His tepid play at Worlds didn’t help.

On the other side, UOL’s Fabian “Exileh” Schubert has made his name this season by accumulating the highest number of kills in any region. His lane phase is still mediocre and he can be caught unawares by ganks, but his roaming and teamfighting has been extremely clean and the team has trusted him on high-burst champions like Katarina and Kassadin.

G2 will look to catch Exileh at his weakest, before he can get two items. Trick should be active around the mid lane and use mid pressure to unlock the bottom half of the map. The duo lane of Jesper “Zven” Svenningsen and Alfonso “Mithy” Rodríguez is a winning matchup for G2, and jungle attention will allow them to push aggressively.

Meanwhile UOL jungler Andrei “Xerxe” Dragomir is more comfortable spending his time on the top side, where UOL have the advantage. Top laner Kiss “Vizicsacsi” Tamás is the best top laner in the region right now, and he is a threat to split push all the way to the Nexus.

Whoever wins the mid lane matchup between PerkZ and Exileh should give their jungler access to their preferred side of the map and put the other team on the back foot.

It will be tough for UOL to win the mid lane in two out of three games against G2. Not helping their cause is the fact that G2 will have blue side in games one and three. Blue side’s win percentage has been written about before, but in Week 4, things got to an absurd level. Blue side won a ludicrous 86% of games. The advantage is largely due to the number of overpowered champions that constrict red side’s draft phase. Those imbalances have clearly not yet been fully resolved.

That disparity should be less important with two teams as talented as G2 and Unicorns, but it cannot be ignored. Unicorns will have to win the lane phase hard in order to maintain vision of objectives and protect their pushers. Unicorns have played several close early games this split before turning on the jets in mid-game fights and completely wiping out their opponents in teamfights. They’ll need more than that against G2.

Unicorns do have some tools for an upset. Xerxe needs to sharpen his pathing and try and read Trick. If he can get Ivern, that would go a lot towards those goals. And Unicorns have had some pretty unique drafts; it’s possible that they force G2 into a team composition that’s uncomfortable.

But even though Unicorns may be on an even talent level, given the blue/red side disparity, Unicorns need more to go right for them in this series than G2. Hopefully we see these two face off again in the playoffs where a best-of-five might reveal who the true kings of Europe are.