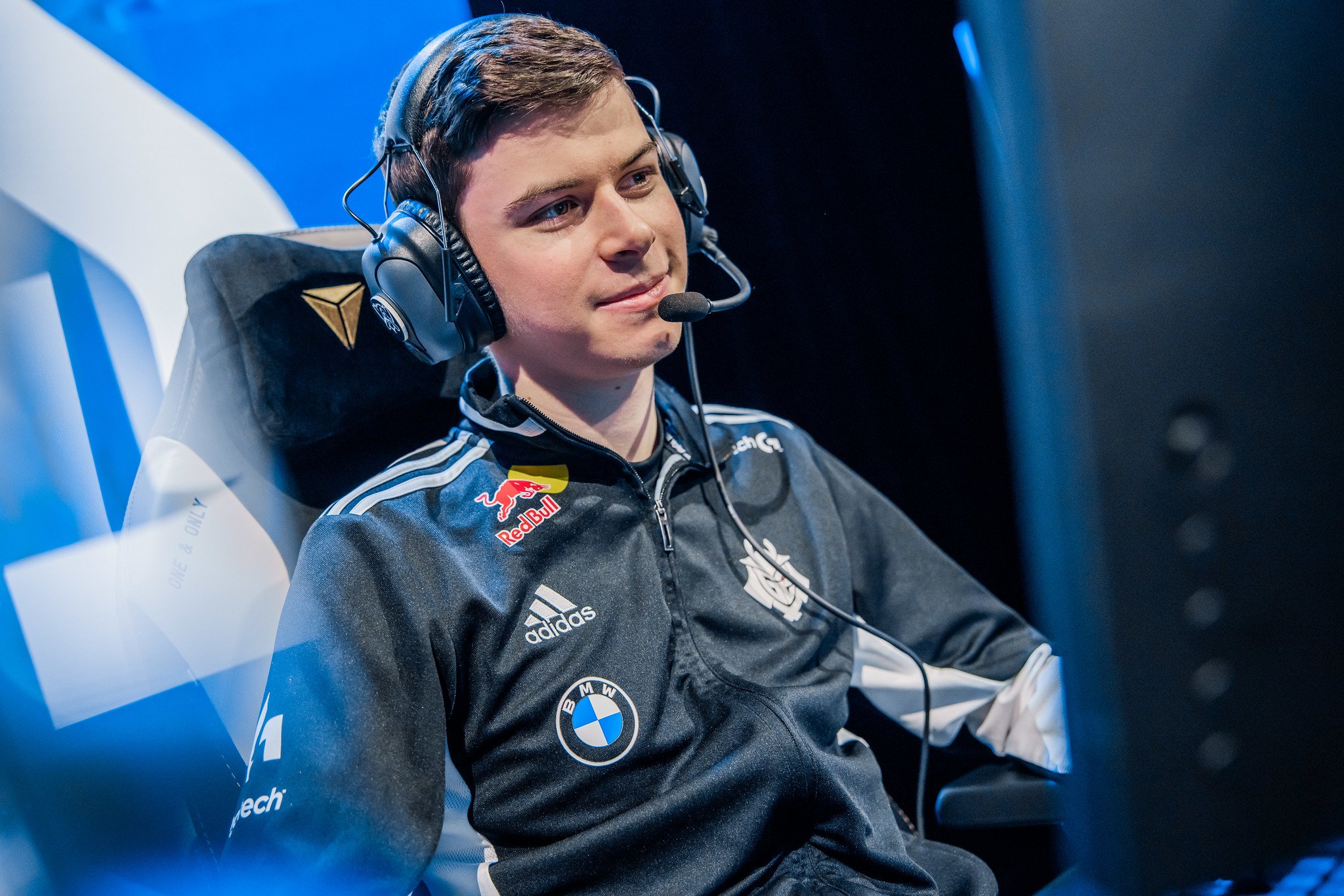 The future of professional League of Legends internationally continues to look bright as teams bring new talent into their ranks, mixing them alongside veterans to ensure the longevity of the esport. Yet more so than ever before, these young players are quickly establishing names for themselves, contending with the veterans and even usurping them at rapid pace, earning these players gold for their efforts.

G2 Esports welcomed a new support player at the beginning of the 2022 Spring Split with Raphaël “Targamas” Crabbé, the 22-year old upstart entering with nearly seven years of professional experience across European circuits. Though this was his debut year in the LEC, he had previously been part of the EU LCS alongside Giants. But at only 18 years old, he lacked the opportunity to showcase his true capabilities, resulting in him leaving the scene entirely to head back to school.

“Two years ago, I completely expected, when I was at university, to be done with esports,” Targamas said. “But I was, and still am, hungry for more. There will always be something not accomplished. I for sure want to do more—It never gets boring to win.”

This thirst for more led Targamas back to the ERLs, rejoining the LFL where his professional career had begun. After winning the LFL’s 2020 finals with Misfits Premier, Targamas ventured to Karmine Corp, a team with one of the most passionate fan bases in all of professional League. The momentum of winning the LFL a year prior carried over into 2021 with K-Corp, resulting in even more victories for the young support player, including two consecutive EU Masters wins.

These victories made him a prime candidate for the LEC in its upcoming year, ultimately resulting in Targamas being scouted by G2 Esports as part of a massive restructuring of the team. Yet despite not having been part of the main European league for some time, Targamas wasn’t worried about how his play would transfer from the LFL.

“Playing in EU Masters is not too different from playing in the LEC,” Targamas said. “Of course there was pressure [coming to the LEC], but I think in K-Corp we had a lot of fan pressure, so it hasn’t really affected me that much. I was always used to being expected to win.”

Almost immediately as the LEC’s Spring Split began, Targamas stood tall against some of the best supports the region has ever seen—and doing so rather handily. Between his patented Rakan and Pyke, Targamas implemented an aggressive playstyle that has long allowed G2 bot lanes to flourish, this time doing so alongside rookie ADC Flakked.

Related: Jankos underlines what G2 must do to advance out of groups at Worlds 2022

In just his first split back on stage, after nearly quitting professional League entirely, Targamas helped lead G2 to yet another playoffs victory. This momentum carried into the Summer Split, not quite winning a second consecutive playoffs for himself but ending the regular season with a tremendous 7.16 KDA—the highest of all players that split.

Targamas had the opportunity to represent the LEC internationally for the first time in his career earlier this year as part of the region’s MSI representatives. G2 went undefeated in MSI’s group stage, becoming the first team this year to hand the LCK’s T1 a loss and eventually end the tournament in third, despite many of the LEC team’s players having little international experience prior.

At both MSI and now at Worlds, Targamas believed he needed no extra preparation. In contrast, he felt confident that the dominance he’d displayed in the LEC throughout the year was more than enough to contend against the competition—and win.

“I think the LEC has a history of bot lanes that perform very well internationally,” Targamas said. “So I feel like if we can perform well during the LEC [regular season], then we can also perform well at Worlds. Flakked and me are not the best when it comes to laning and that kind of stuff, but there are certainly metas where we can match the [international bot lanes] very well.”

And that confidence was clear as G2 finally matched against JDG, who represented the LPL as the first seed and continue to be many fans’ pick as the winner of the tournament. But the synergy between Targamas and Flakked made them dominant forces in teamfights, almost winning G2 the game. Even with the loss, Targamas believes G2 have only just begun to tap into their true potential, and he’s prepared to keep proving doubters wrong.

“I just hope we can make it,” Targamas said. “We showed today that we are capable of going toe to toe against one of the best teams in the world, JDG. It feels really bad to lose, like I’m really sad right now, but at the same time there’s some hope that we can make it a banger against such a team. For me, there’s hope until we are out, we’ll fight to the end.”

While the past few years have been quite eventful for Targamas, he looks back on the trajectory this path has taken him without doubting where he is now. There still lay an uphill battle for G2 in their attempt to advance past the Worlds group stage, but for the young support player, fortitude is key.

“Even before I started playing competitively, I was also just spamming League—I’ve dedicated close to half my life to League now,” Targamas said. “Sometimes I ask myself what it would look like without it, if I never went this way. For me I don’t really have any regrets. I’ve been through a lot and I feel like I’m at my best of the past six years right now.”

Related: 100T and CTBC will need a miracle to overcome RNG and Gen.G in Group D of Worlds 2022

G2 will continue their run at Worlds tomorrow as part of Group B’s second round-robin, which includes the LPL’s JDG, the LCK’s DWG KIA, and the LCS’ Evil Geniuses. As of now, G2 have only been successful in taking down EG, though shown they are more than capable of contending with premiere teams from around the world.