G2 Perkz on his return to mid lane: “It’s been pretty easy” 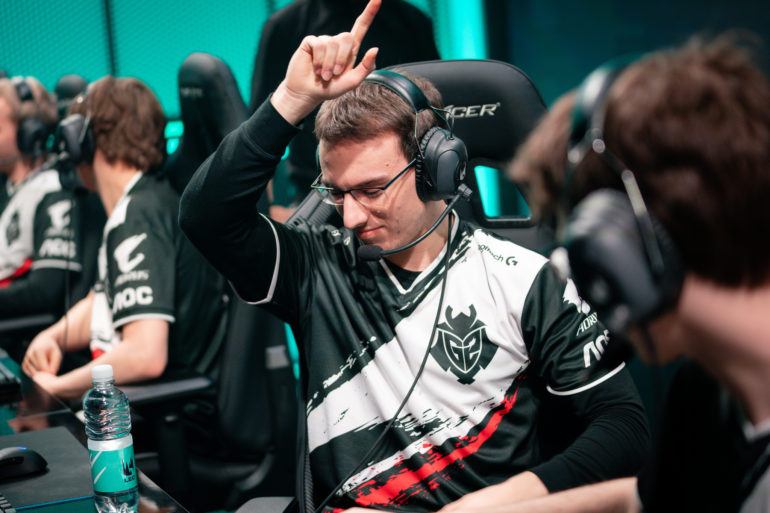 G2 Esports made headlines in the offseason when AD carry Luka “Perkz” Perković and mid laner Rasmus “Caps” Winther decided to swap roles for the 2020 LEC Spring Split. And with a dominant 6-0 start, it appears the change is going smoothly.

Perkz addressed his transition back to the mid lane in an interview with lolesports.com earlier today. While the Croatian pro thought learning new champions would be difficult, he explains that playing the role so far has been “pretty easy.”

“I thought it was going to be hard to learn new champs like Akali, Qiyana and Sylas because I didn’t play them,” Perkz said. “I think I’ve already caught up on those champions, and on the others I should have an edge because I have so much experience on them.”

The G2 mid laner put in a lot of time in the offseason playing the new champions in solo queue. Perkz claims to have played Akali around 100 times in preparation for the split, with a bit fewer games on Qiyana because she’s “easier to play.”

The mid laner has been enjoying the “versatile” mid lane meta, believing there are eight champions that are strong right now and able to have an impact on the game. This proclamation is backed up by Perkz playing a different champion in all six of G2’s victories, which includes LeBlanc, Lucian, Qiyana, Ryze, Sett, and Zoe.

Fans eager for some more dominant G2 action can catch the team’s next game against the 4-2 Misfits, which airs on Valentine’s Day, Feb. 14.