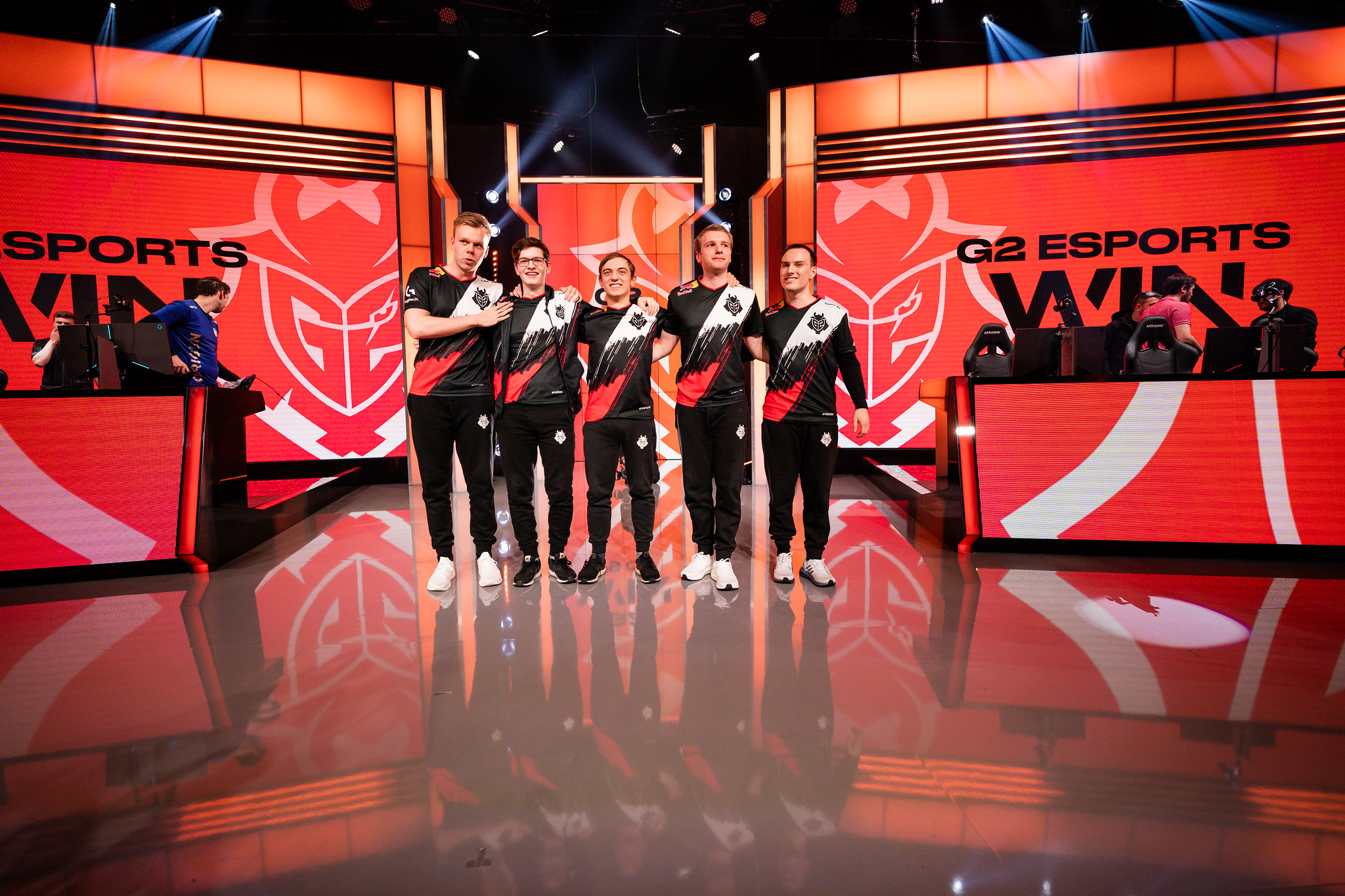 G2 Esports, Origen, and Fnatic have all been jockeying for the top of the regular season standings right from the start of the 2020 LEC Spring Split. G2 and Origen faced off on Summoner’s Rift today and didn’t disappoint, but G2 eventually stood tall over their opponents.

Right from the first minute, both teams looked poised to take over the match. Each team made great macro decisions, played smart in teamfights, and showed off great individual play throughout the game.

Things were practically even between both teams by the 20-minute mark, with Origen keeping up in gold, kills, and towers. The only objective lead that G2 had over their opponents was with dragons—they had collected three dragons by 25 minutes. Unfortunately for Origen fans, a skirmish over the cloud dragon soul was the first nail in the coffin for their team.

The teamfight started off decent enough for Origen, but Nukeduck ended up making a huge error with his Orianna ultimate. Instead of placing it in the middle of the scuffle, he whiffed the ability. G2 dogpiled into the fight soon after and took down the rest of the team.

One mistake gave G2 the dragon soul, Baron, and, later on, the win. It was a perfect reflection of how one misplay can cost a team an entire match, and with G2, you must play perfectly from start to finish. They’re called the kings of Europe, after all.

Now, G2 must set their sights on Fnatic tomorrow in the LEC match of the week. Whoever takes this win secures themselves as the true, undisputed, top team in Europe. There’s plenty at stake since the race for the playoffs is in full swing and every win matters for seeding.