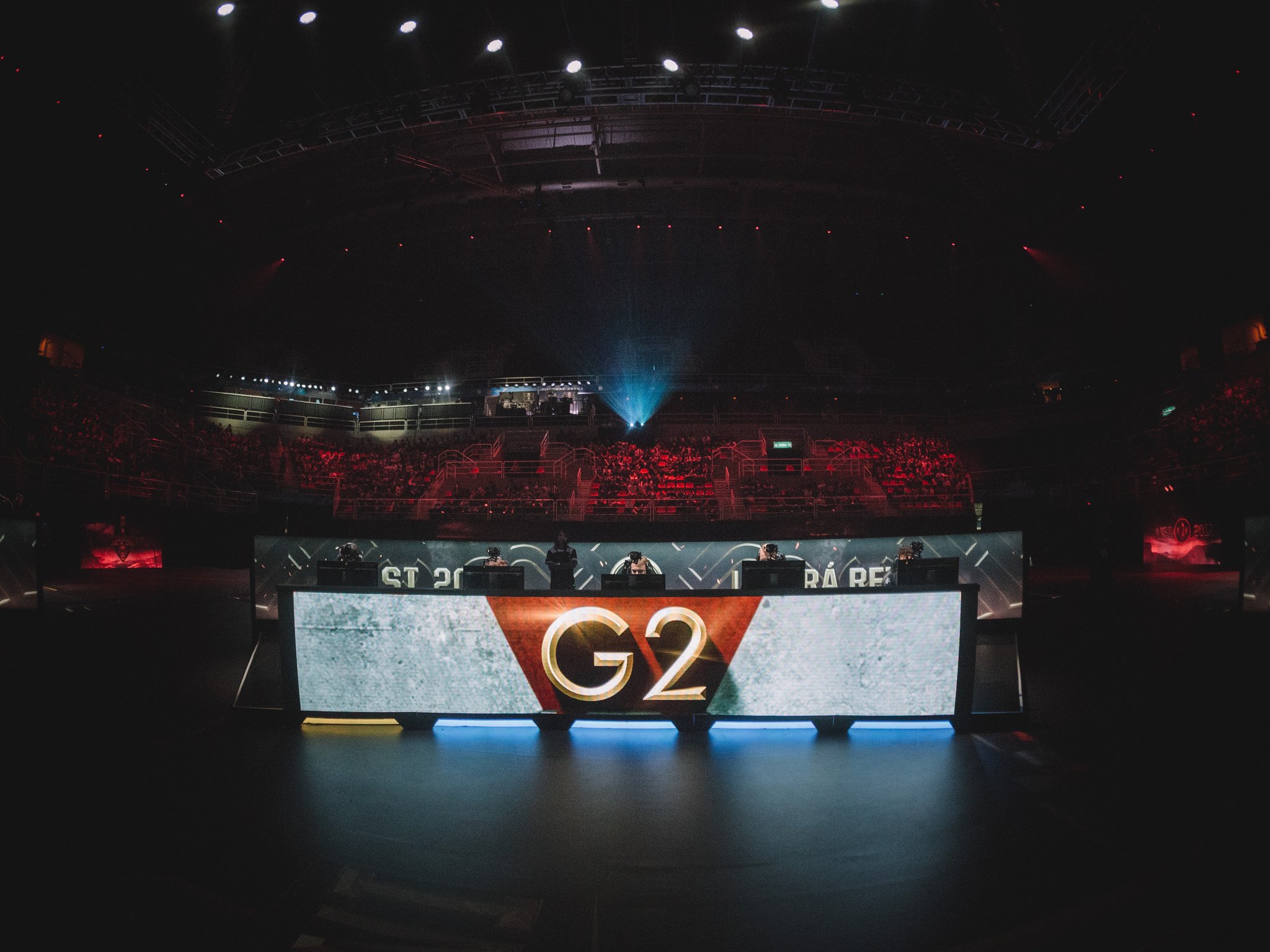 In their first game on day two of the MSI group stage, G2 picked Lulu and Kog’Maw, a combination known for its hyper-carry potential. With further zone control coming from jungler Kim “Trick” Gang-yun’s surprise Nunu, G2 should have been able to win fights with ease. Instead, it was the Team WE jungler and bot lane that took over, snuffing out G2’s Juggermaw composition before it could scale.

It took a lot of guts then for the European side to lock in a similar composition in their later match against the Gigabyte Marines. The Marines came into this tournament as an underdog international wildcard team, not expected to even make the group stage. But since they’ve arrived, the Marines have caused all sorts of havoc for a variety of teams. Notably, their early games have been extremely strong, making a scaling composition a big risk for G2.

Gigabyte tried to accelerate the pace of the game further by picking an extreme split-pushing comp featuring ADC Ziggs. Then, they set up deep wards in G2’s jungle to initiate a lane swap.

Gigabyte was able to flummox the Flash Wolves with their early lane swap in their first match of the day. But G2 is from Europe—the former home of the lane swap. They responded to the swap much better than the Flash Wolves did, but that didn’t stop the Marines from diving with four people. Trick made a misstep into the tribush, gifting first blood to Gigabyte.

For a while, there was real danger that misplays like that would again spell doom for G2. But as a team, they were able to respond to Gigabyte’s strategy. Knowing that the Marines could be caught in long lanes and were on the clock to push down turrets before ADC Jesper “Zven” Svenningsen could scale, G2 managed to set up nice flanks in all three lanes. Also of note was mid laner Luka “PerkZ” Perković’s play on AP Fizz. Despite some avoidable mishaps of his own, he was a menace against Gigabyte’s team without a tank.

Gigabyte was able to punish PerkZ for some of his poor positioning, getting a Baron while he was overextended in the top lane. But PerkZ made up for a lot of it by getting the Baron buff off of two Marines.

The Baron play actually ended with negative gold for the Marines as they couldn’t stop from getting caught out either. All of that gave Zven and support Alfonso “mithy” Rodriguez more time to scale.

The fights slowly got worse for Gigabyte, until they were eventually wiped off the map at the end.

G2 should be happy to exit the day 2-2 and in position to make the knockout round, with both Gigabyte and TSM reeling. And they were able to match the Marines early game and play to their comp—another good sign.

But the numerous individual mistakes from Trick, PerkZ, and Ki “Expect” Dae-han have to be cleaned up if this team wants to have a shot against the best in the world.