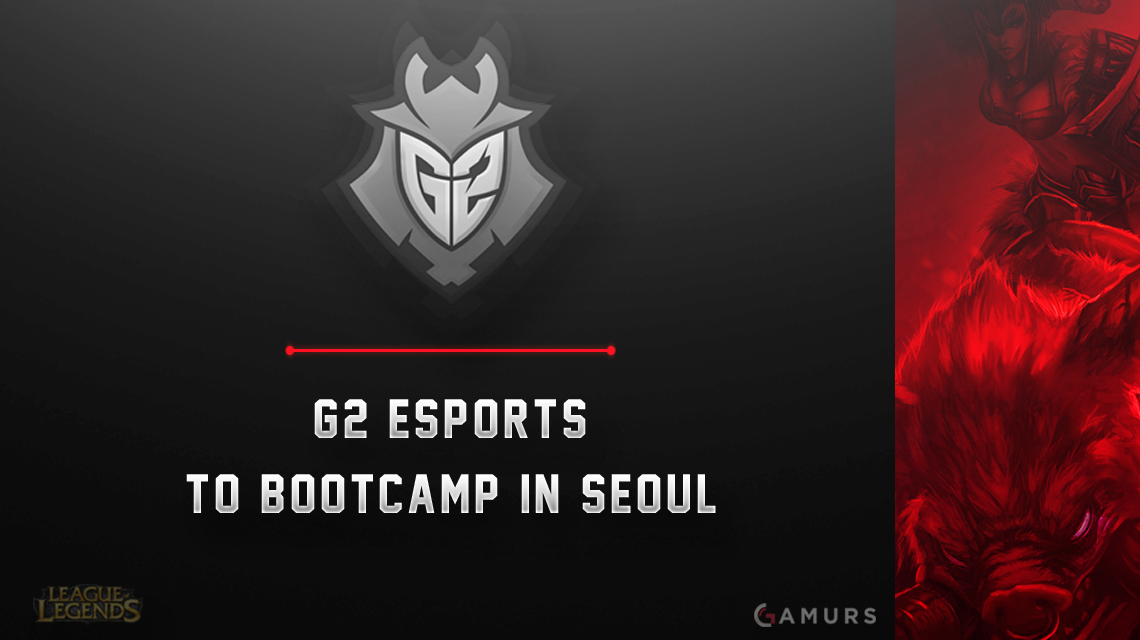 G2 Esports, the first Europeanteam to qualify for the 2016 Worlds tournament, announced theirpreparation plans in the weeks leading up the major internationaltournament. The team will be bootcamping in Seoul, South Korea, apopular spot among North American and European teams looking tobootcamp. South Korea is home to some of the world’s bestLeague of Legends players and will certainly provide manylearning opportunities for teams and players that travel and playover there.

G2 did not include any dates,such as their departure for Korea, or when they may be returning asthis year’s tournament is hosted in North America. They did say,however, that the players and staff will be well accommodated,staying in a “…high-end apartment…” addingthat “… the players will find all the conditions for asuccessful training regime: a bootcamp setup inside the apartment, a gym, aswimming pool and much more!”

Below is an excerpt from astatement by G2 Esports CEO, Carlos “ocelote”Rodríguez Santiago in G2’s official announcement,which can be found here.

“We have extremely highexpectations for ourselves, and, in order to meet thoseexpectations, we have put together the best possible practiceenvironment in Korea for our players to reach their fullpotential,” Ocelote said. “We will work hard and do everything wepossibly can to come fully prepared forWorlds…”

The team added that fans cantrack and keep up with the team through their social media outletsand the G2 Esports website.

You can follow and get in contactwith the author, Ryan Kish on his Twitteraccount, or via eMail at[email protected]