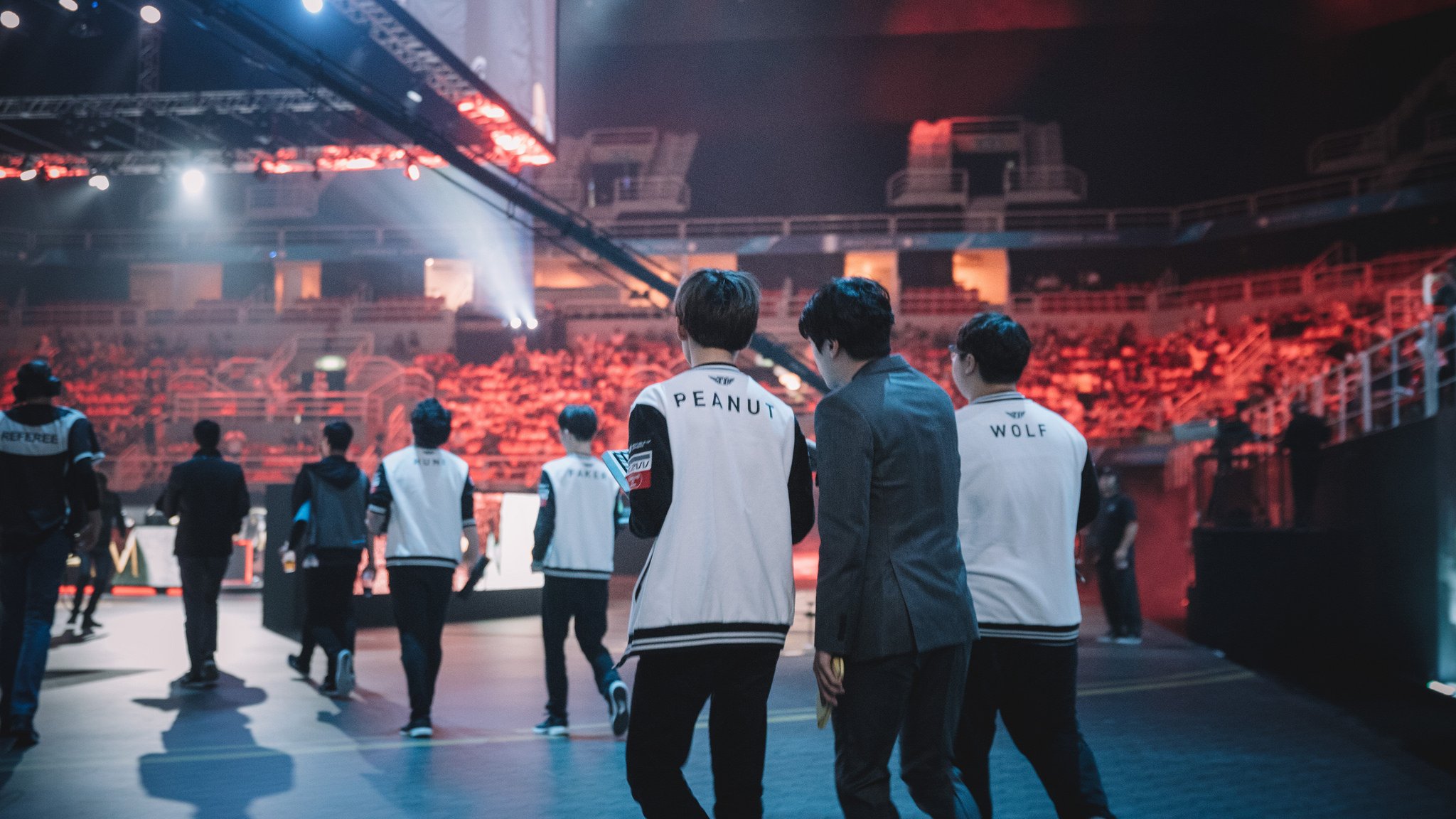 In the final day of MSI 2017’s group stage, SK Telecom T1 of the LCK defeated G2 Esports of the EU LCS—likely consigning Europe’s top team to an early exit.

G2 Esports had to overcome the giants of SK Telecom T1 to be in with a shot at reaching the knockout stages, but fell just short.

Compared to the first match between these two sides on the first day of the group stage, the game had a slower start. Neither team was looking to force an engage until the teams were sure they could find a win. SKT committed a lot to try and get an early kill in the midlane but failed to find any gain for the team’s resources, giving G2 a small lane advantage to punish SKT’s misplay.

A collapse on the bot lane shortly after by G2 lead to a massive teamfight with both teams coming out with two kills each. SKT found an advantage by beating G2 in the midlane, two vs. two, and gave SKT the first turret of the game in the process. G2’s jungler, Kim “Trick” Gang-yun, was once again the player at fault, walking into members of SKT, not paying attention to the map and giving SKT an easy kill.

Every lane on the map started to collapse for G2, who had had such a strong start at the beginning of the game, as SKT benefited from mistake after mistake from this G2 side. SKT continued to tighten the lead on G2 Esports and controlled the game elegantly until G2 finally found a team fight that the team had been waiting for in the toplane.

G2 try to force a Baron after the successful team fight, desperate to find something to get them back into the game, but the members of G2 were too low on health and were unable to force a formidable challenge. SKT secured the Baron after a successful teamfight shortly after and used it to break apart the base of G2, taking a single inhibitor and a few more kills, looking to close out the game as quickly as possible.

G2 continued to misplay throughout the latter stages of the game and gave SKT easy kills in the jungle. That allowed SKT to find the tools the team needed to destroy G2’s Nexus and take the game.

G2 Esports will now face TSM later on today. G2 Esports need to beat TSM to have any hope of qualifying for the next stage—as well as hoping that other results go their way.