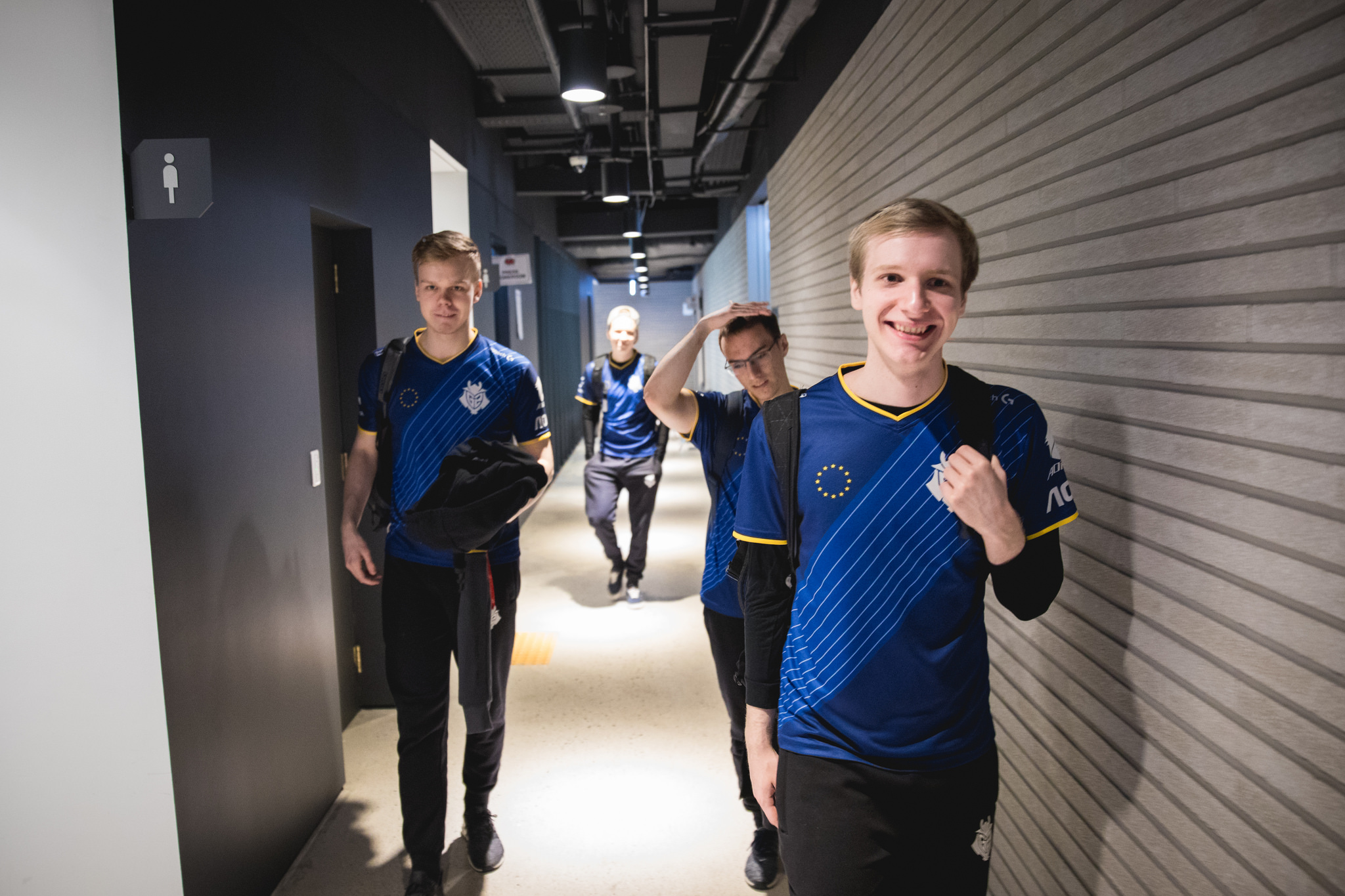 Over the course of the play-in stage, G2 slowly learned more and more about SuperMassive, and it reflected in their play. At the beginning of the tournament, G2 were unprepared for SuperMassive and lost miserably. G2 then beat SuperMassive earlier today in a skirmish-heavy match which could have gone either way.

Now in in the two team’s third meeting this week, G2 completely demolished SuperMassive, using everything they learned up until this point to do so. G2 gave their top laner Martin “Wunder” Hansen an assassin to play in Akali knowing he would win the lane, and put mid laner Luka “Perkz” Perković on a lane bully in Urgot, allowing him to roam.

Able to gain complete control of mid lane, Perkz repeatedly roamed both top and bottom lane, securing many kills with his execute ultimate. SuperMassive mid laner Lee “GBM” Chang-seok found himself unable to follow Perkz not only because he lacked the vision required to know which lane Perkz moved towards, but because he constantly had minion waves crashed into his tower.

With the help of Perkz and jungler Marcin “Jankos” Jankowski, G2 were ahead in all three lanes. G2 used their lead to extend their vision across the map, catching out SuperMassive in the process.

Related: Here’s the results of the 2018 Worlds Play-In Knockouts draw

With this vision and their gold lead, G2 easily found the necessary teamfight win necessary to take the Baron—their win condition.