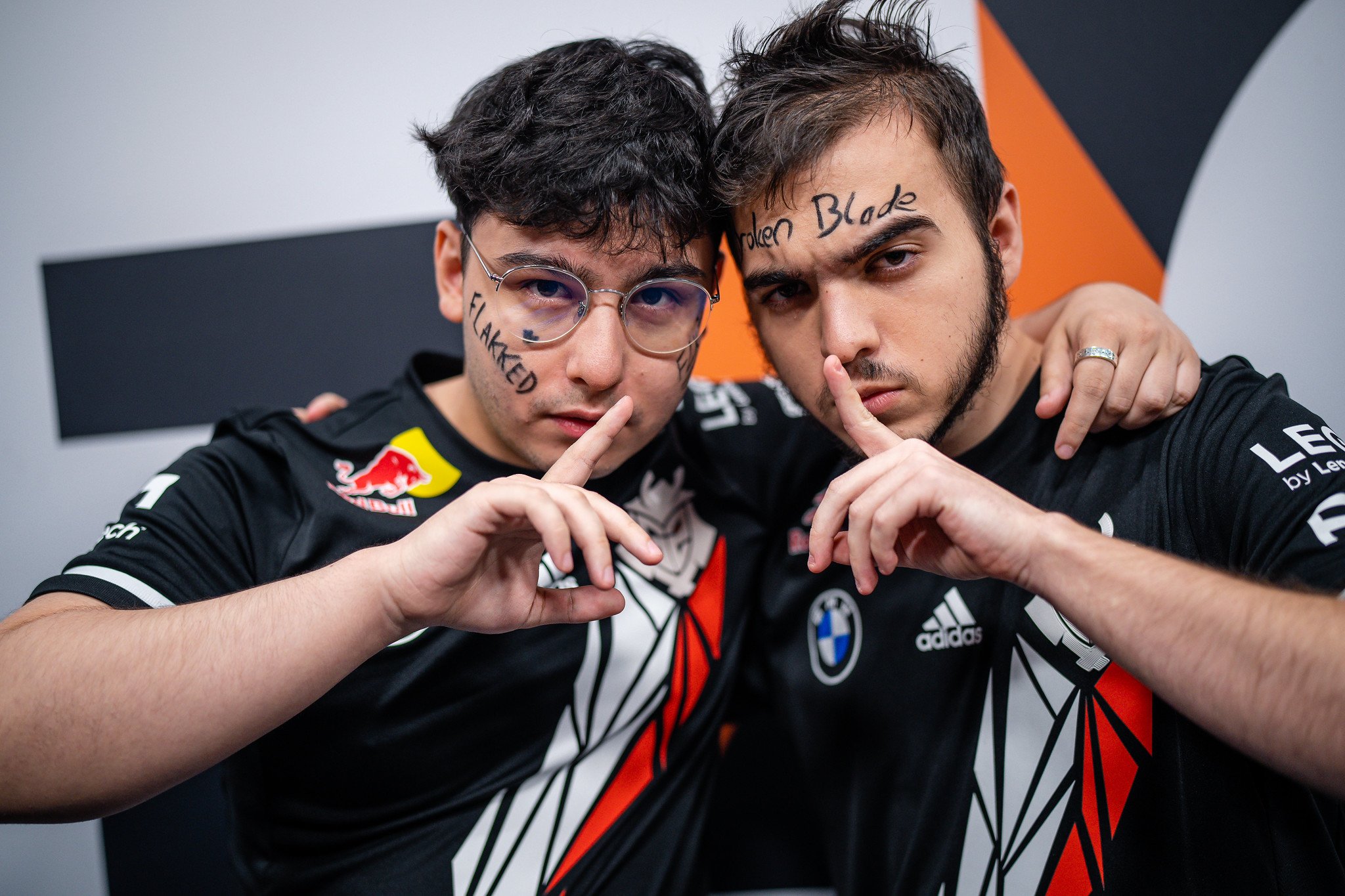 Only two teams are left at the top of the LEC after the second week of the 2022 LEC Summer Split.

G2 Esports has tied Excel Esports with a 4-1 record as the two best teams in the league after pulling off a destructive victory against Team Vitality to finish off today’s set of games. The defending LEC champions left no doubt about who the superior squad was, rocking the supposed European superteam in 32 minutes.

On the other hand, Team Vitality hasn’t shown the level of play that both fans and analysts expected from them ever since their star-studded roster was announced at the end of 2021. With veteran leaders like Perkz, Alphari, and Carzzy gathering for a chance to win a trophy, many people thought they’d be a surefire challenger for the throne.

In this game, however, it was clear that they had plenty of work to do if they wanted to enter the upper echelon of the league’s top teams. Through the draft, for example, G2 opted for a highly aggressive team composition with Wukong, Yasuo, and the reworked Swain for Caps in the mid lane. Vitality chose a much more standard composition with Ahri, Viego, Gangplank, Xayah, and Nautilus.

Throughout the game, G2 flexed their teamfighting prowess by rolling over Vitality with constant engagement with the Wukong-Yasuo ultimate combination. Meanwhile, Caps was a drain tank nightmare as he stormed into skirmishes with his Demonic Ascension ability active. He even built a Rylai’s Crystal Scepter first, so he could slow down his enemies and allow the rest of his teammates to catch up and jump into the fight.

After 32 minutes, G2 finished with 27 total team kills to Vitality’s 12, as they swept through almost every teamfight on the way to their fourth summer win. Europe’s own samurai squad must now gear up for next week, when they face off against some real tough competition in MAD Lions and Fnatic.