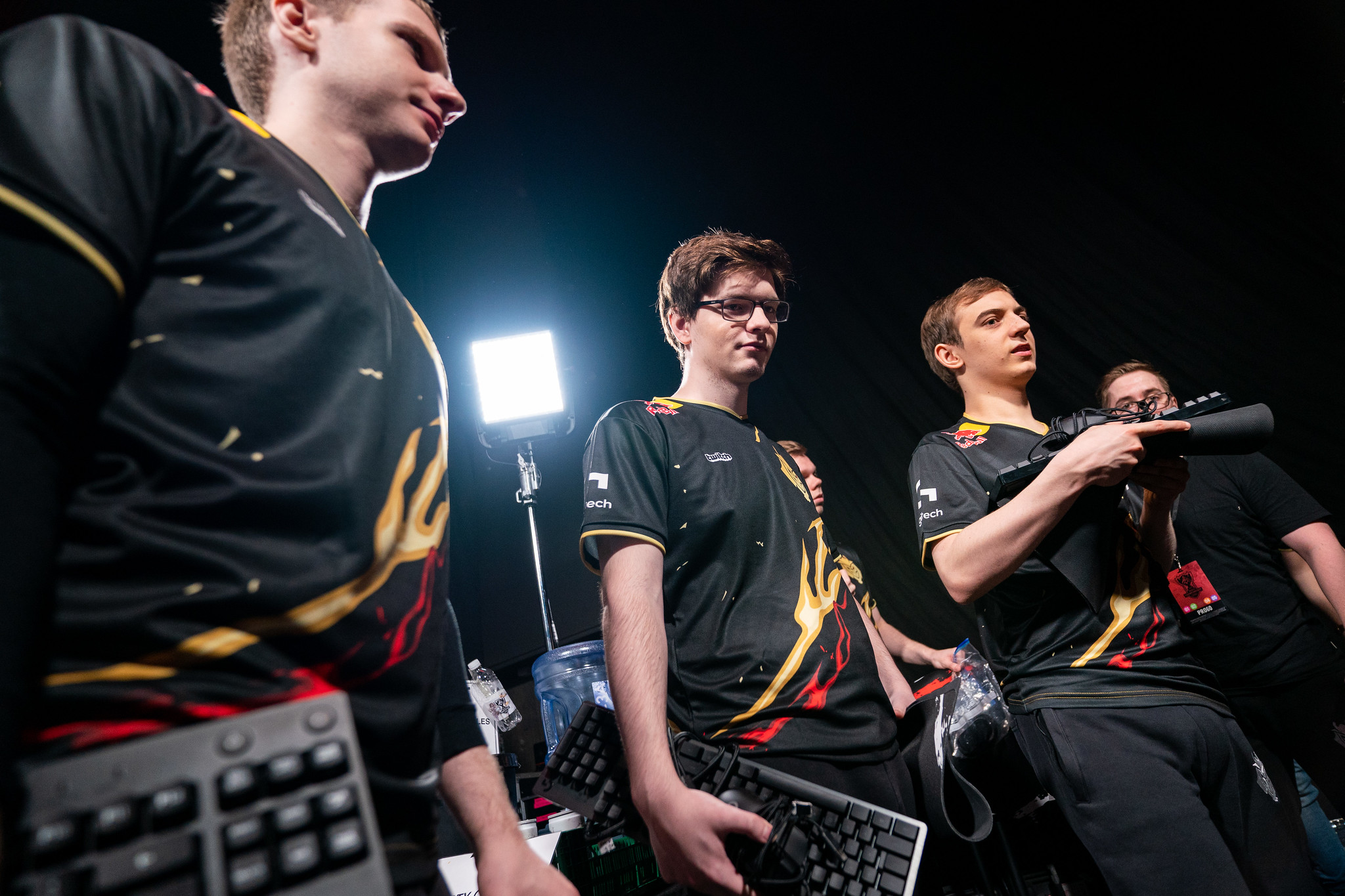 G2 Esports secured a spot in the 2019 League of Legends World Championship quarterfinals after eliminating Hong Kong Attitude in the group stage today.

Coming into today’s matches, G2 had a 3-0 record. This meant they only needed to win one game between their rematches against HKA, Cloud9, or Griffin to advance. And G2 were able to secure a win in their first match of the day. Now, G2 hold a 4-0 record and are looking to make it 6-0 by the end of today.

Before the group stage began, G2 were expected to sweep through this pool. The team came in first place during the 2019 LEC Spring and Summer Splits in addition to their first-place finish at MSI. And they’ve yet to disappoint in their Worlds run thus far. All of their matches have been practically one-sided, including their victory today against HKA.

G2’s match against HKA started off a little shaky, though. Martin “Wunder” Nordahl Hansen had trouble in the laning phase as Kayle against Chen “3Z” Han’s Aatrox. 3Z took first blood and was able to roam thanks to his early lead. G2 attempted to go bot several times, but Wong “Unified” Chun Kit and Ling “Kaiwing” Kai Wing remained safe on Ezreal and Yuumi. For a moment, HKA were outrotating G2, but G2 immediately flipped the script around the 15-minute mark.

Luka “Perkz” Perković on Xayah and Mihael “Mikyx” Mehle on Rakan found a pick onto Unified and Kaiwing under HKA’s mid tower. HKA’s jungler tried to respond, but he was stopped by a well-timed flank from Marcin “Jankos” Jankowski’s Olaf. Simultaneously, Rasmus “Caps” Borregaard Winther on Ryze found a solo-kill onto 3Z in the top lane. G2 were then able to reset and continued pressing fights against HKA until securing Baron and closing out the game.

Although HKA will be headed home from Worlds, they put up an admirable fight. They came in as the LMS third seed and ran through the play-in stage to make it to pool play. And despite holding a 0-4 record, they pushed Cloud9 and Griffin to their limits. Throughout the rest of the day, HKA will be trying to cause some upsets in their remaining matches.

G2’s win against HKA also sealed the fates of C9 and Griffin. Griffin hold the head-to-head tiebreaker over C9. And since G2 have already secured a top spot in the group, it’s impossible for C9 to advance even if they win their next two games.

As for G2, they still have to face C9 and Griffin before closing out their group stage. At this point, the goal for G2 is to continue winning so they can take the first seed in Group A.