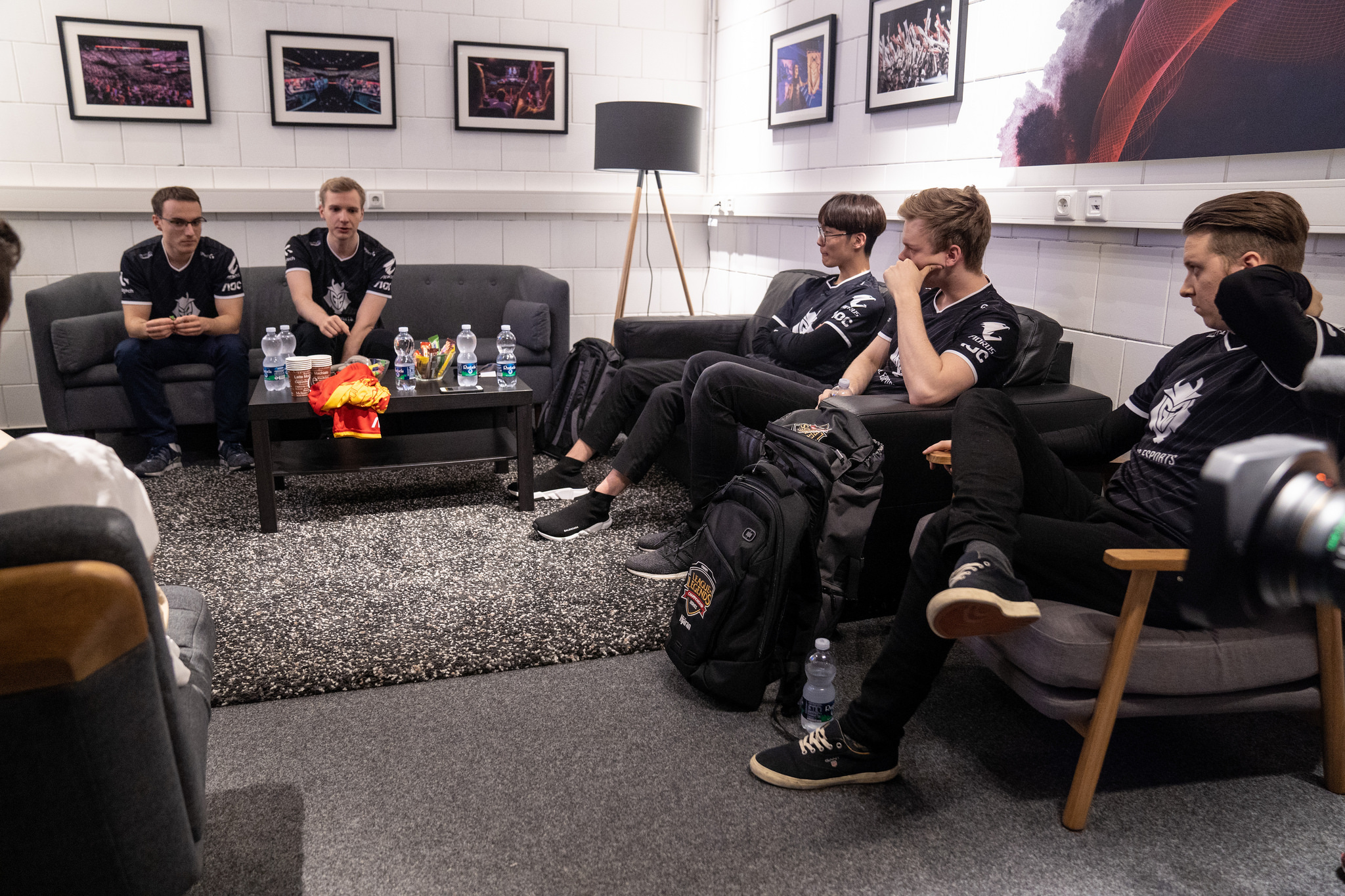 After suffering through a pretty indifferent year in the EU LCS, G2 Esports seemed to turn on the jets in the regional guantlet. Playing in the Worlds qualifier seemed to ignite a team whose tepid approach to the game saw them crash out of the playoffs. There was hope that this year, G2 would continue to improve through the early stages at Worlds and avoid the early exits that have plagued them in the past.

That hope dissipated when G2 lost their first game to Bahçeşehir SuperMassive yesterday. A lot of mistakes G2 have made throughout the year came up again. Even worse, the team almost lost their second game to Ascension Gaming, only making it out of that contest when Ascension threw at the Baron pit.

What those two games made clear is that G2’s long-standing macro issues have not yet been solved. Sure there were individual misplays that contributed. But the map is a bigger concern. For instance, after the SuperMassive game, the casters and analysts brought up G2 bot laner Petter “Hjarnan” Freyschuss’s struggles on the Tristana into Varus matchup.

The numbers seem to support that theory. Hjarnan fell behind in CS from the very first minion wave as the combined power of Varus and Tahm Kench forced G2’s duo lane back. But surely that was to be expected: Hjarnan is not a strong laner, and SuperMassive intelligently banned his pocket Heimerdinger. His Tristana was supposed to lose lane in that matchup.

Jungler Marcin “Jankos” Jankowski gave Hjarnan some cover via early ganks to the bot side, picking up First Blood in that lane 10 minutes into the contest. But from there, Jankos and G2’s map play simply fell apart. After resetting, G2 had a chance to take an ocean drake while SuperMassive pressured the top side of the map with their eyes set on Rift Herald.

Instead, Jankos and top laner Martin “Wunder” Hansen abandoned the drake to go mid and kill SuperMassive mid laner Lee “GBM” Chang-seok. The problem? GBM was playing Zilean, someone who’s very hard to dive. SuperMassive got a bit lucky that Berkay “Zeitnot” Aşıkuzun’s Tahm Kench was in place to save GBM. But G2 simply didn’t need that kill.

In the end, G2 got nothing out of the play: Not a kill, the drake, or the Rift Herald. The funny part is, that wasn’t the only time G2 tunneled on killing GBM while ignoring other parts of the map. The next time it happened, SuperMassive turned and took a series of mid lane turrets that led to a bold Baron force from the red side.

And you know what? None of these plays had anything to do with the Hjarnan’s Tristana being behind. Most of them are over before the ADCs can really get involved.

You would have thought that G2 would have corrected this mistake after the game. But against Ascension, they made the exact same mistake again:

This play is just bizarre. Top laner Martin “Wunder” Hansen is heading to top lane to soak a wave while Hjarnan is shoving minions in the mid lane. The other three members of G2 dive onto Tahm Kench—not a priority target—and get absolutely blown up by Ascension’s damage and CC. Ascension were able to nab quite the bounty off that play: Infernal Drake and Rift Herald.

And again, it was an unnecessary play from G2. Blowing big cooldowns trying to kill Tahm Kench does absolutely nothing. From there, only Ascension’s own macro issues—including an unfortunate Baron sneak attempt—allowed G2 the victory.

Before the tournament, we called on G2, Jankos in particular, to be more proactive. We figured they could sharpen their early game against lesser teams as they prepare for the main event. And to be fair, their early game is much improved: Jankos looks more like he has a plan and is participating in the lane phase.

But G2 can’t keep throwing their advantages away in the mid game in pursuit of nonsensical teamfights. They’re simply not talented enough to make that type of loose play work. And now, we’re not sure their opponents in the play-in stage are lesser at all. If G2 don’t get on the same page and get better at playing the map past 20 minutes, their post-Worlds vacation will start even earlier than it has in the past.