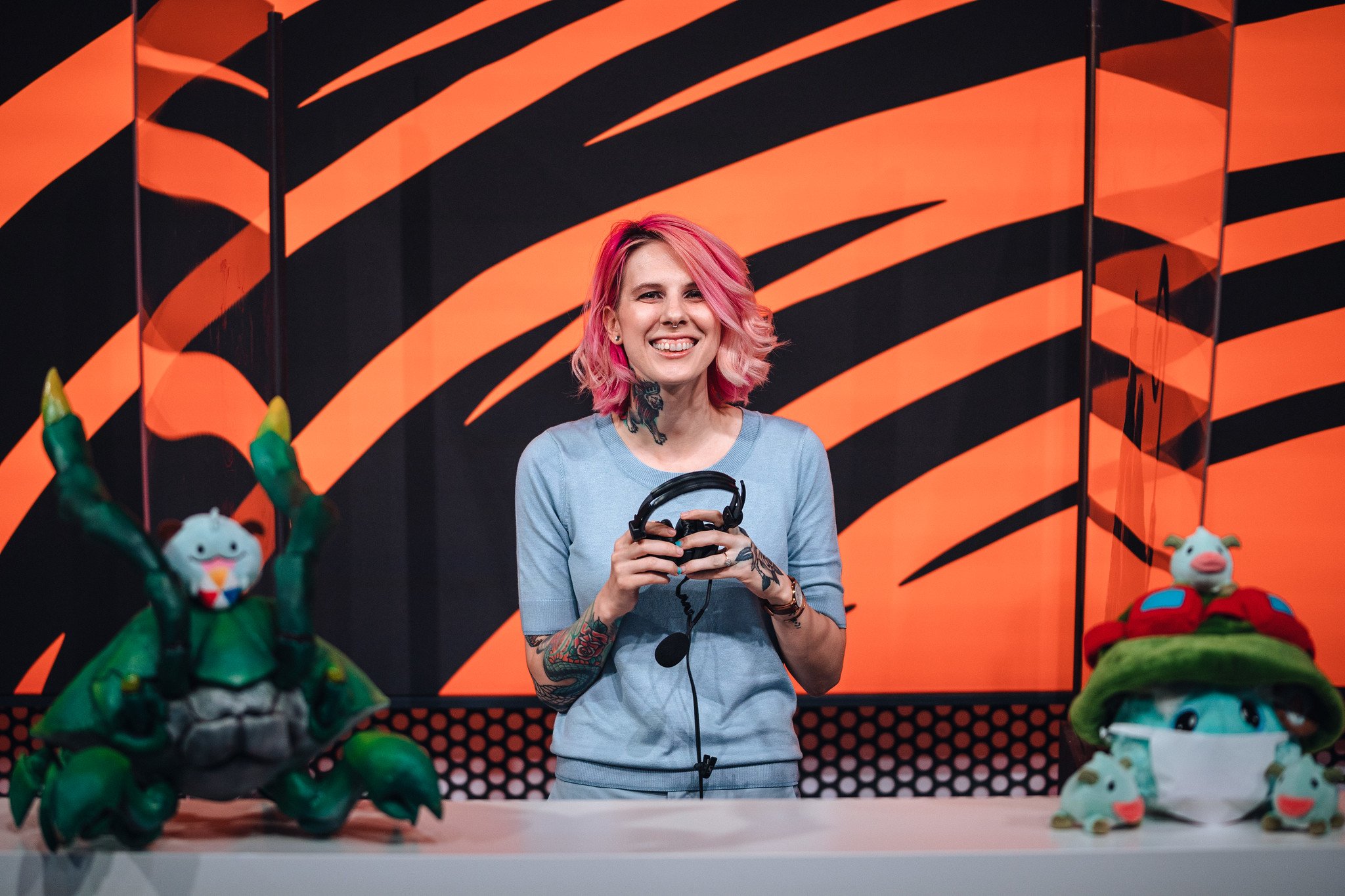 Moments after the culmination of the 2020 League of Legends season, LEC caster Froskurinn announced that her contract with Riot Games had ended. Since joining the LEC at the beginning of 2019, Froskurinn has been one of the mainstays of the European broadcast, having begun her career in the LPL before finding her way to Europe.

The announcement came after a turbulent year in European League of Legends, including a partnership with Saudi Arabian ‘future city’ NEOM stirring up huge controversy amongst fans. Many eyebrows were raised about Riot’s partnership with a Saudi Arabian product due to the country’s questionable stance on human rights. The LEC’s broadcast team were outspoken on their disagreement with the deal, with Froskurinn in particular voicing her concern for the partnership on Twitter. Although the partnership was eventually called off due to community backlash, the damage had already been done.

Froskurinn has not yet announced her plans for the 2021 season, and speculation is rife as to whether she will remain in the League scene as an analyst. She has appeared on numerous broadcasts throughout the course of 2020, with spots on the on-air talent team for the Northern League of Legends Championship (NLC) and sim racing esports community Overtake.

With the majority of the LEC’s casters choosing to operate on freelance contracts at the start of 2020, it remains to be seen how many of the current broadcast team will stay with Riot going into the 2021 season. One thing is for certain, however, and that is that the LEC broadcast desk will look decidedly different in 2021 if Froskurinn doesn’t return. Her informative, accessible analysis is instantly recognizable, and her “Mom and Dad” pairing with fellow caster Drakos has become a fan favorite in both the LEC and the wider international scene.