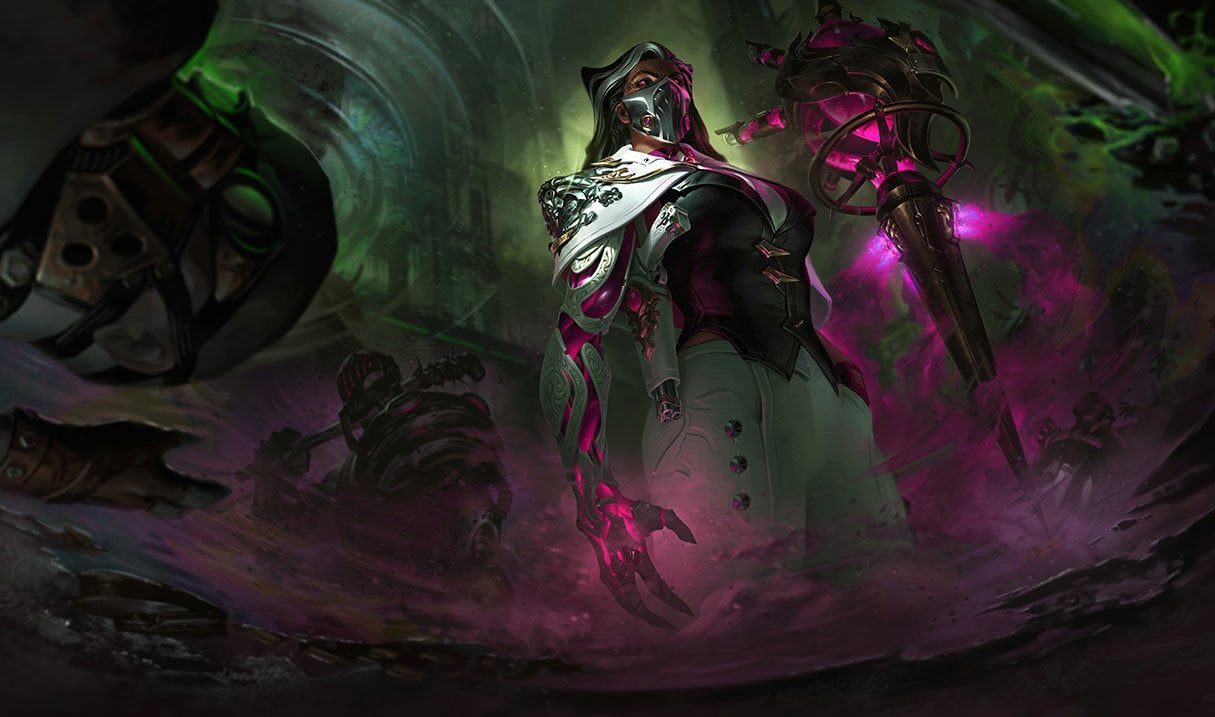 League of Legends players are in for a spook since some of the most mischievous champions on the Rift will receive new attire to match the upcoming Halloween season.

Urgot, Draven, Trundle, Renata Glasc, Annie, and Nautilus will be the first champions to be included in the new horror movie-themed Fright Nights League skin line. But Riot has not yet officially revealed these skins. Rather, they were added to the PBE during today’s update, meaning they are likely to release in Patch 12.18.

These skins were first teased during a brief overview of this year’s upcoming preseason, where it was revealed that the Goth skin line, which won a vote earlier this year to be modernized, would be transformed into Fright Night. Interestingly, Nautilus was not teased at that time to be a part of this set. No splash art is currently available for this skin on the PBE.

The League fan base offered mixed reactions to these skins when first revealed since instead of building on the Goth skin line as they had hoped, Riot reimagined it and placed an emphasis on horror. Annie is also the only champion that originally had a Goth skin who will be receiving a Fright Night skin, though Amumu and Orianna, the only other champions with Goth-themed skins, may join this new universe if it is revisited in the future.

Each of the Fright Night skins appears to be referencing the work of Tim Burton, a filmmaker renowned for his influence on the horror genre. Some of his movies include The Nightmare Before Christmas and Beetlejuice, which seem to have directly influenced the designs of Fright Night Urgot and Renata Glasc, respectively.

This is notably the first time Urgot and Trundle are receiving skins since 2020, when Trundle joined the Dragonslayer universe. Urgot enjoyed a Pajama Guardian Cosplay skin to celebrate April Fools’ Day that same year.

These new skins are likely to be released alongside Patch 12.18 on Sept. 21, marking the official start of the spooky celebrations in League. It is currently not clear, due to these skins releasing before October, if Riot intends to revisit the Bewitching line.