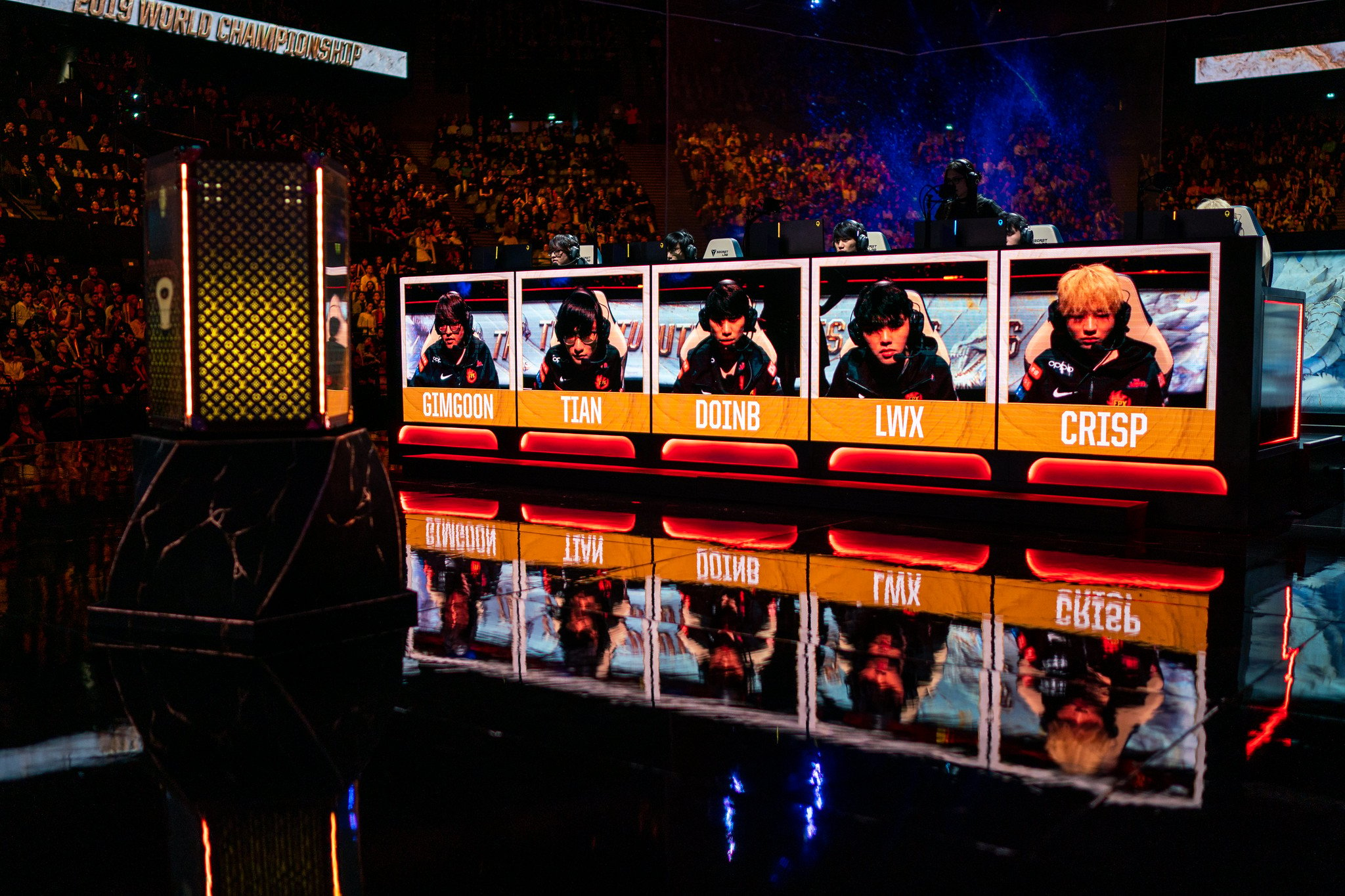 The resilience of FPX’s ADC Lwx, who helped the organization capture its first League of Legends world championship last year, showed in both games. He played a phenomenal Senna in the first game, participating in 20 out of 25 kills for his team, and had a godlike performance on Aphelios in the second game, finishing with a 10/3/3 scoreline.

The first game was quite passive for the most part with both teams farming up for their core items. Objectives were traded on both sides and while FPX secured early dragons, DMO focused on the Rift Heralds.

A 39-minute teamfight sealed DMO’s fate since FPX were too far ahead. They stomped the DMO squad and easily finished the game.

The second game was a huge surprise, though, since DMO picked up the slack and started dominating from the second minute of the match. They acquired leads in every lane and focused on getting all neutral objectives around the map.

DMO were on track to end the game after they’ve acquired the three crucial neutral buffs: Baron, Dragon Soul, and Elder Dragon. They sieged FPX’s base with their 8,000 gold lead and were close to ending the game. But a huge mistake by DMO’s Caitlyn of autoing champions instead of the Nexus cost them the game.

Right now, FPX sit at 9-6 and are one of the last playoff contenders for the 2020 LPL Summer Split. If they keep up this momentum, they’ll have a real shot at winning the LPL Summer Split Championship.

Tune in on Sunday, Aug. 9 to see FPX face off against Suning in a battle of underdogs at 4am CT.