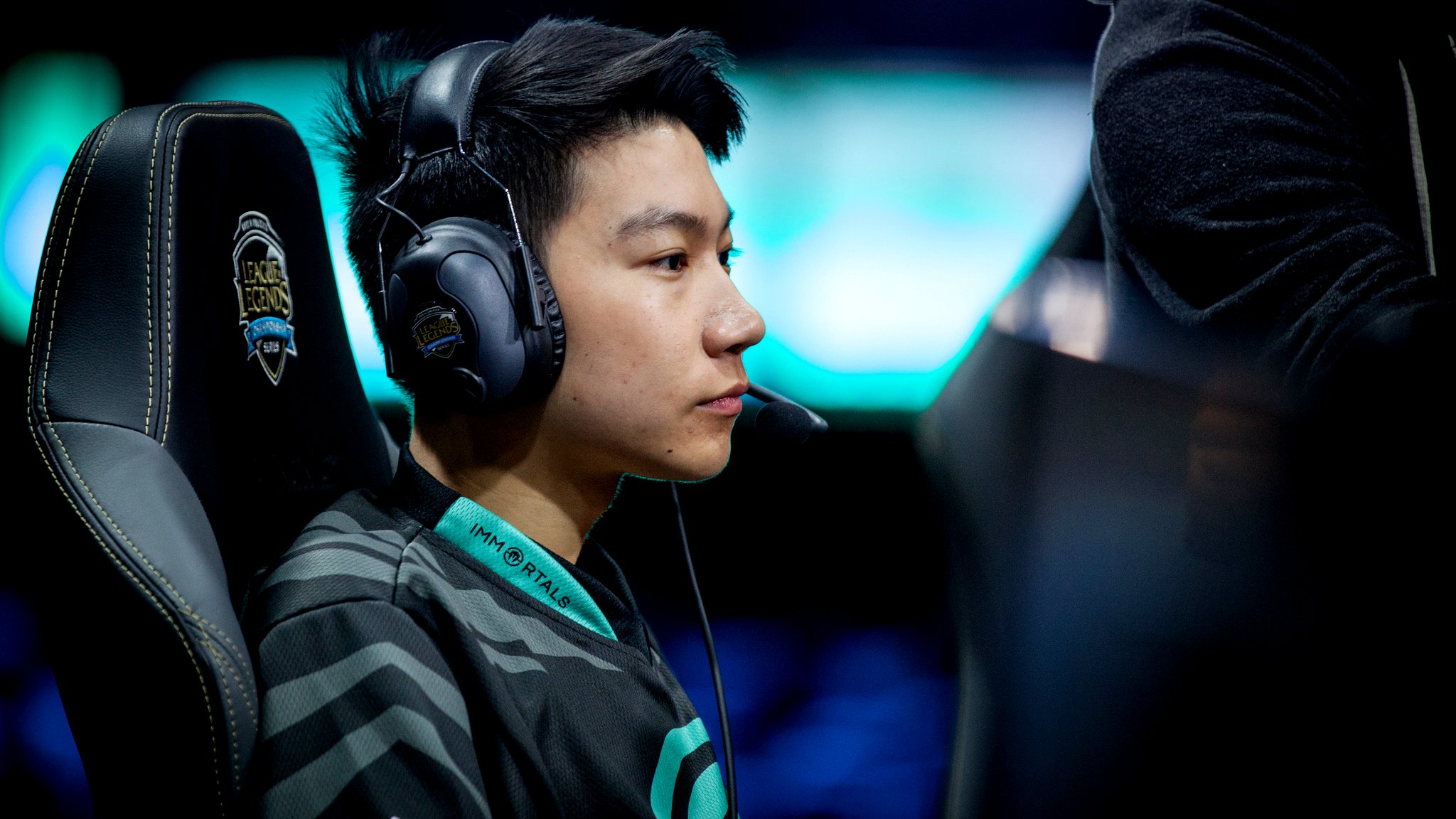 To stand on such an illustrious stage face to face against some of the game’s most prominent stars is the dream for budding professional players. For many of these rookies, however, the World Championship stands on top of a looming mountain, with obstacles along the path in the form of regional competition.

But every year, alongside the veteran players and superstars, a few rookies find themselves on League’s biggest stage. Whether it be through their phenomenal in-game skill, or an exceptional team around them, these rookies manage to go from solo-queue or challenger to the World Championship in a single season, accomplishing a goal some professional players go their whole careers without achieving.

As a new addition to the Chinese Tencent League of Legends Pro League, iBoy made his debut in EDG’s starting lineup only two months ago. Formerly known in-game by his real name “Xianzhao,” iBoy was regarded by many as an AD prodigy for his performance in solo-queue. But due to iBoy’s age, he was unable to play in the LPL.

That was until iBoy turned 17 in July, meeting the age requirements to play professionally. Since he was already a part of the EDG organization as a sub, iBoy was quickly integrated into EDG’s starting roster once he became of age.

As a hyper-aggressive AD carry, iBoy is known for his crisp mechanics, especially during major teamfights, where he best displays his stellar kiting. But like many other aggressive AD carries, iBoy’s overzealous playstyle can put him in dangerous situations. Luckily for iBoy, he’s paired with the LPL’s best support in Tian “Meiko” Ye, who can teach the rookie AD the ins and outs of the bot lane.

Like many hyped Chinese AD carries of the past, iBoy’s career path may be forged at this upcoming World Championship. Hopefully for iBoy, his World Championship debut ends in the finals like Jian “Uzi” Zi-Hao in 2013.

From solo queue to the EU LCS Summer Split all-pro team, Broxah is one of the few players who has found success early in his career. Broxah joined Fnatic with a ton of pressure on him after he replaced Maurice “Amazing” Stückenschneider last February.

As a legendary European organization, Fnatic carries a storied legacy of dominance within its region. But the Fnatic Broxah joined wasn’t the dominant team people had grown to know. Fnatic was in the middle of a total rebuild, replacing not only the entire 2016 roster except AD carry Martin “Rekkles” Larsson, but the coaching staff too.

But Broxah was the final piece of the puzzle. Following Broxah’s arrival, Fnatic began their rise, ending both 2017 splits in third, as well as winning the European Regional Qualifiers.

Despite Broxah’s many accolades acquired over the year, he will need to prove himself at this World Championship. Criticized by pundits for his inability to fully dominate the jungle, despite having incredibly dominant side lanes, Broxah is yet to be unanimously crowned Europe’s best jungler. Forced to climb through the play-in stage, Broxah will have an opportunity over the coming month to prove critics wrong and solidify himself as Europe’s best jungler.

Cody Sun’s first year in the LCS was filled with highs and lows. As Immortals’ replacement for veteran AD carry Jason “WildTurtle” Tran, Cody Sun’s LCS career had a disastrous start. Cody Sun, who had early troubles learning to play with support Kim “Olleh” Joo-sung, was considered one of the league’s worst AD carries for the first half of the Spring Split.

But slowly, Cody Sun and Olleh’s synergy grew, and to the surprise of many, the two quietly became one of the league’s top performing bot lane duos by the end of the Spring Split.

While he became much better by the end of the NA LCS season, Cody Sun still had games where his inexperience in competitive play leaked out—the most recent case of this was during the NA LCS Summer Split finals. Cody Sun’s performance in the finals was lackluster at best, and he deservedly received much criticism for his play after repeatedly getting caught out by TSM.

But Cody Sun can redeem himself for his play in the finals at Worlds. Redemption won’t come easy for Cody Sun, however. Pitted against arguably the best AD carry at the World Championship in Longzhu Gaming’s Kim “PraY” Jong-in, Cody Sun has a steep wall to climb if he wants to go head-to-head against the LCK champion.

Speaking of Longzhu Gaming, the final rookie to complete this list is none other than this year’s breakout mid laner, Bdd. Although he played a few games in 2016 on the then soon-to-be-relegated CJ Entus as a substitute, this summer was Bdd’s first full split as a starter.

As a player who gained a significant amount of praise for his exploits in Korean solo-queue, the hype surrounding Bdd heading into the Summer Split was comparable to Lee “Faker” Sang-hyeok during his rookie split four years ago.

And although he wasn’t solo killing his lane opponents left and right like Faker in his inaugural split, Bdd became the reliable rock for his team full of carries. In a meta full of roaming casters like Taliyah, Galio, and Corki, Bdd thrived. Bdd’s spectacular use of these champions’ global ultimates made him a deadly threat to his adjacent lanes.

Bdd is already considered one of the world’s best mid laners after only one split of play, and he heads into the World Championship capable of making history. On the tournament-favorite team, Longzhu Gaming, Bdd may be able to end three-time world champions SKT’s reign as the kings of League of Legends—and in Bdd’s rookie season no less.