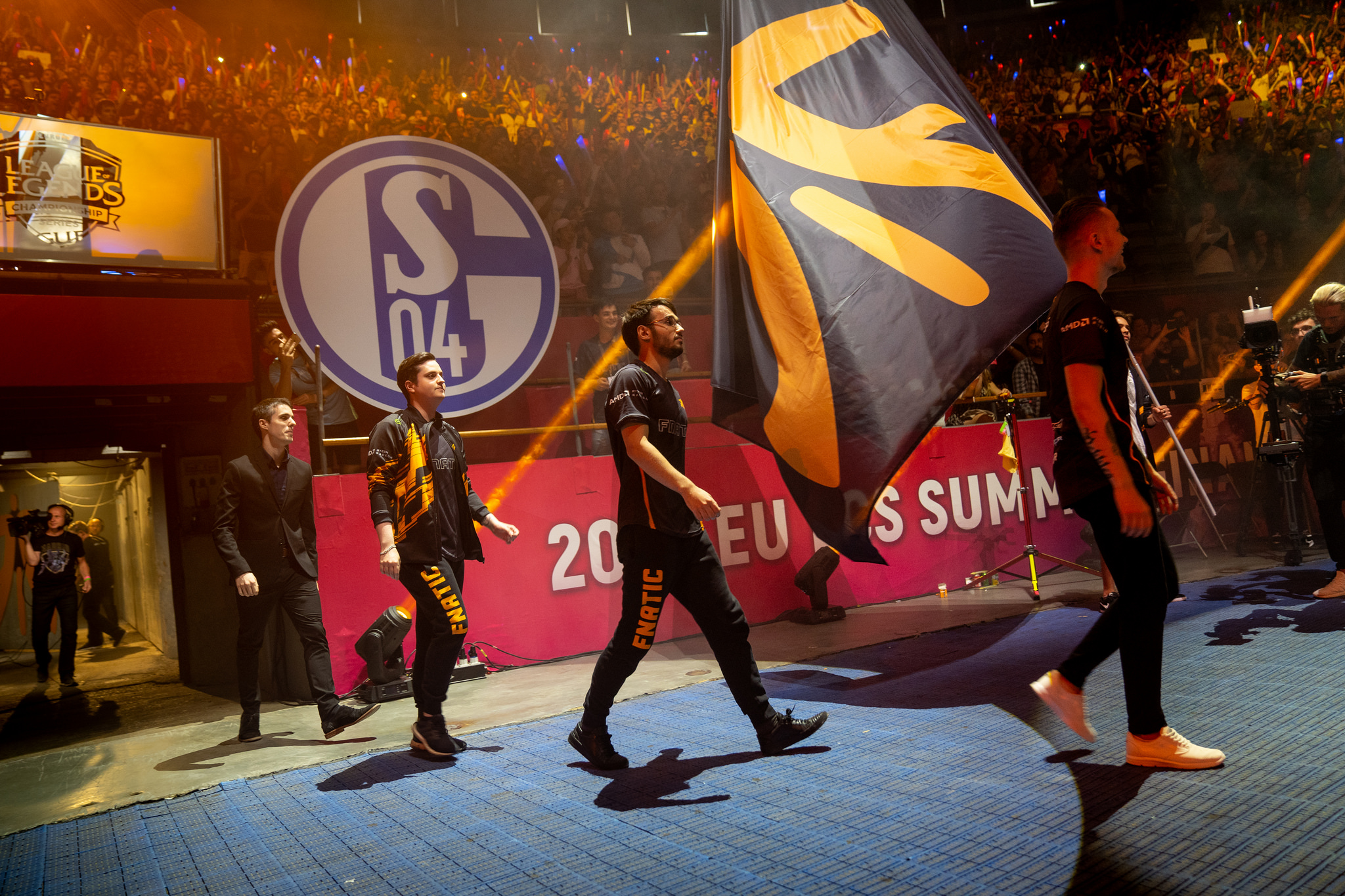 Fnatic secured their second European LCS title this year and the No. 1 European seed at the 2018 World Championship with a 3-1 victory over FC Schalke 04 today.

The series was close, with both teams battling for control. While Schalke were able to come up with early advantages game after game, Fnatic made the mid and late game hell for their opponents.

The first match went heavily in favor of Schalke. Jungler Maurice “Amazing” Stückenschneider was in every single lane early on as Skarner, and he managed to get all of his lanes ahead. He got marksman Elias “Upset” Lipp extremely far ahead on Varus, and he melted through Fnatic’s frontline.

Fnatic star mid laner Rasmus “Caps” Winther was unable to show off the moves that netted him Summer Split MVP despite being on Akali since he was crowd controlled and blown up every time he went in.

Fnatic shook things up for game two, bringing in Paul “sOAZ” Boyer for Gabriël “Bwipo” Rau in the top lane. SOAZ’s veteran presence stabilized the team, and they racked up a win despite falling behind in the early game thanks to strong teamfighting. Schalke mid laner Erlend “Nukeduck” Våtevik Holm’s Yasuo couldn’t reach the backline of Caps and star Fnatic marksman Martin “Rekkles” Larsson, and Rekkles rolled over Schalke in late-game fights.

Game three was a stomp in favor of Fnatic. Schalke put all their eggs in the Nukeduck basket, but a pocket Malzahar pick by Caps shut down his ability to run roughshod over Fnatic. Hylissang also got his hands on his famed Pyke, and he absolutely styled over Schalke.

In game four, Schalke went all in on early advantages while Fnatic picked champions that would allow them to play for late-game teamfights. With champions like Ornn, Rakan, and Zac, Fnatic would be terrifying if they made it past the mid game.

Schalke made it hard for them to get there, however. Nukeduck picked up two early kills on Irelia, including a solo kill on Caps, and Upset played fights beautifully on his signature Ezreal. Massive fights kept exploding across the map, but Schalke constantly got caught by the crowd control from Fnatic.

A massive teamfight in the mid lane saw Rekkles pick up a quadra kill, and Fnatic ran down the mid lane to secure their seventh EU LCS championship, as well as Europe’s first seed for Worlds.