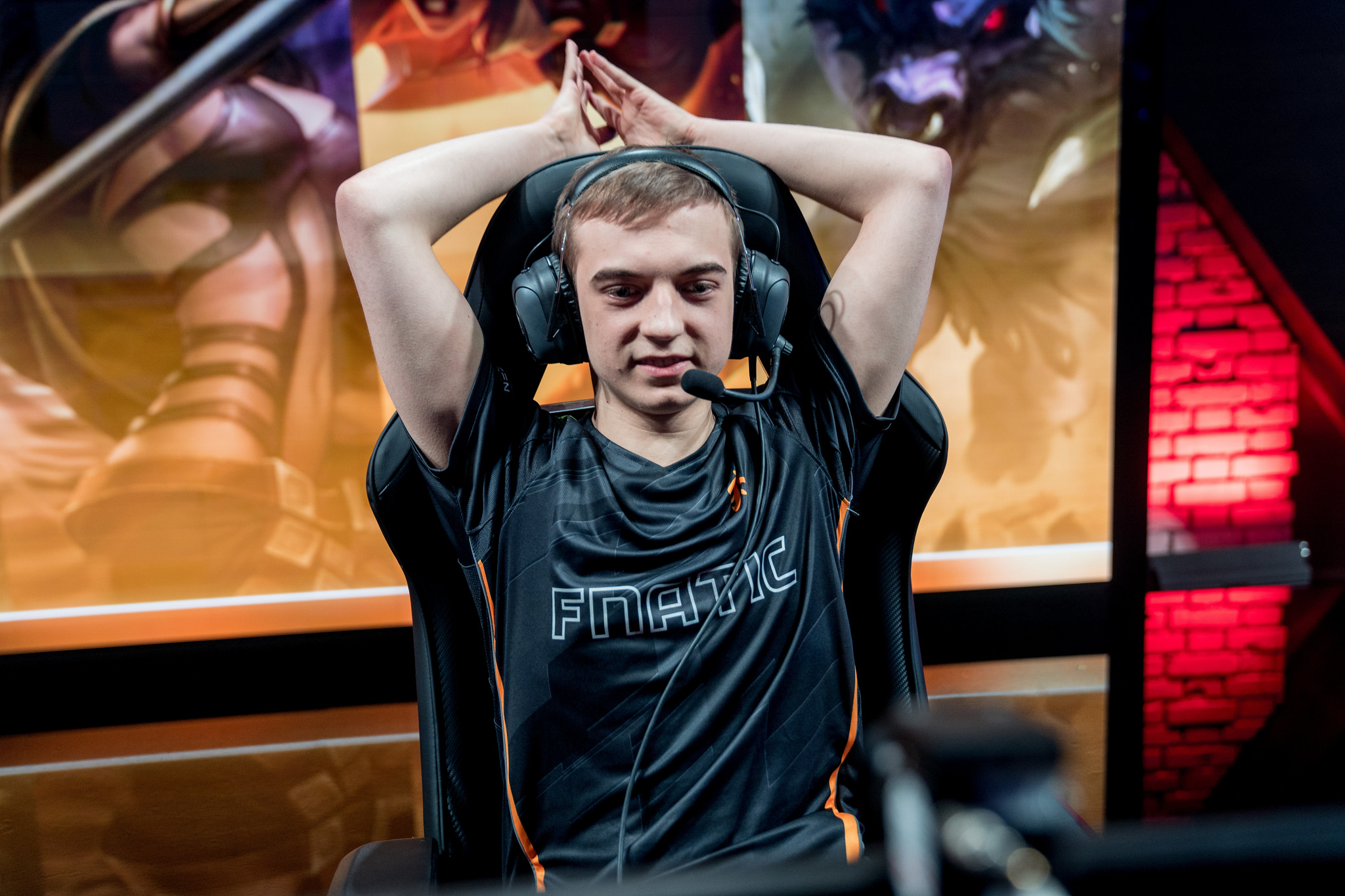 One of the biggest stories in the EU LCS this year was the ascension of Fnatic mid laner Rasmus “Caps” Winther to the level of a bona fide star. For years, Fnatic had built around its bot lane—Martin “Rekkles” Larsson won Spring Split MVP just a few months ago.

Rekkles certainly deserved that award, but the real reason that Fnatic as a whole looked so good last split was because of improved mid lane control and mid-jungle synergy. This split, they took that to a new level as Rekkles was actually subbed in and out of the roster. None of that would’ve been possible if not for Caps’ display of pure talent in the mid lane.

Now, he’s the overwhelming MVP of the region. He was easily the best mid laner in Europe and won 81 percent of all MVP votes. Caps was the best player at the most important position and was a key piece that carried Fnatic to today’s Summer Split Final vs. Schalke 04.

Along with becoming Fnatic’s best player, Caps showed a level of consistency this summer that we haven’t seen from him before. He’s always had a penchant for big plays, but in the past, those wouldn’t always go his way.

But this split, he was also one of the most consistent players. Other MVP candidates had strong starts or finishes to the split, but few players maintained the same level from the beginning to the end. But Caps’ work isn’t finished—he has one more series against Schalke to carry to cement Fnatic’s dominance in the region for good.