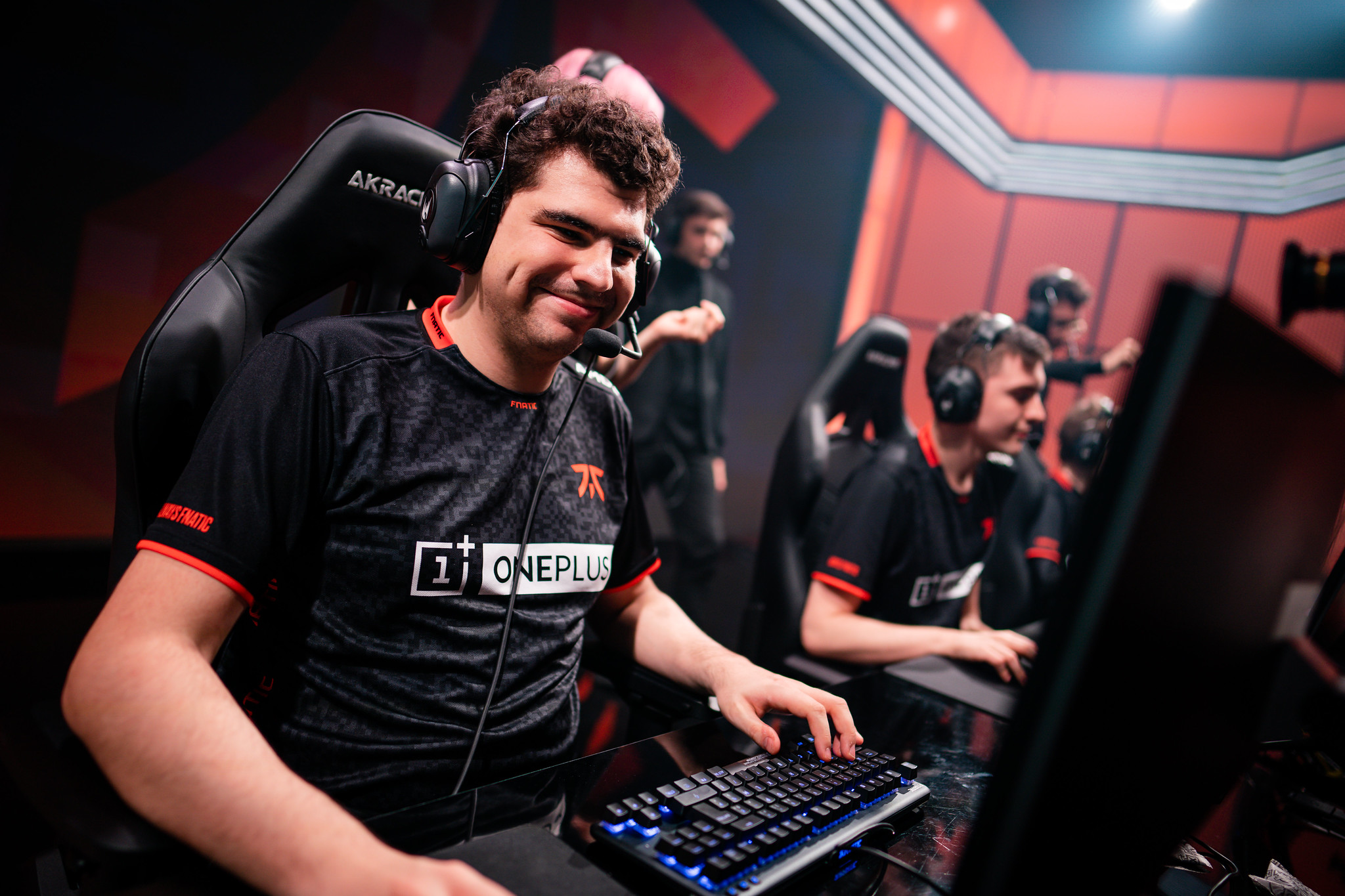 In one of the most long-awaited matchups of international League of Legends, Fnatic defeated TSM at the 2020 World Championship to earn their first win in their group.

This game was the first time these two iconic organizations have faced off at a World Championship, and it was definitely worth the wait. After a day of one-sided games, this match was competitive from the first minute, full of macro trades, early skirmishes, and laning solo kills.

Draft phase saw Fnatic pick up the European special of Lucian/Evelynn for their mid lane two-vs-two. An incredibly powerful combo, the duo took Fnatic to their first best-of-five victory against G2 Esports in over 800 days. In combination with Rekkles on his signature Jhin and Hylissang on a heavy playmaker in Rakan, Fnatic were set up for comfort from the outset.

It was not a complete draft victory, however. Bjergsen picked up his iconic Syndra, and Broken Blade got his hands on Camille, a champion on which he showcased a 100 percent winrate in the LCS playoffs. The main issue in TSM’s draft was the bot lane Senna, a pick on which AD carry Doublelift has notoriously struggled to have any real agency.

The first 10 minutes of the game saw Fnatic pick up first blood onto Rekkles with some level one shenanigans, quickly followed by a solo kill for Bwipo in the top lane. Things looked a little desperate for TSM as their bottom lane continued to hemorrhage. But as he so often has done in domestic games, Bjergsen took matters into his own hands to bring the game state back to dead even, consistently applying pressure to Nemesis in the mid lane.

Heading into the mid-game, this game did not turn into the kill-heavy skirmish fest that many fans had been expecting from the matchup. Selfmade’s Evelynn pressured the entire map at once with clever uses of stealth and vision manipulation, and it quickly became a game of cat and mouse around major objectives to see which team would engage first. Constantly skirting around the edge of a game-altering teamfight, Fnatic finally took a Baron Nashor from under TSM’s noses.

TSM escaped the subsequent teamfight with only a sliver of health among them, looking to return to base and defend. But Bwipo decided he’d had enough of waiting, teleporting into three members of TSM and picking up the kills, the inhibitors, and finally the nexus for Fnatic. The MVP of the series went to Fnatic’s Selfmade and reminded teams that maybe banning Evelynn isn’t the worst idea when facing off against the LEC representatives.

In what was considered by many to be the closest group of the tournament, Fnatic have pulled out ahead of the pack at 1-0 alongside the LCK’s Gen.G. Despite what their 0-1 scoreline may suggest, however, TSM cannot be counted out just yet. They showed solid fundamentals in this game against Fnatic, bringing themselves into an even mid-game after a heavy early gold deficit, and their stability is something that will benefit them hugely in the weeks to come.