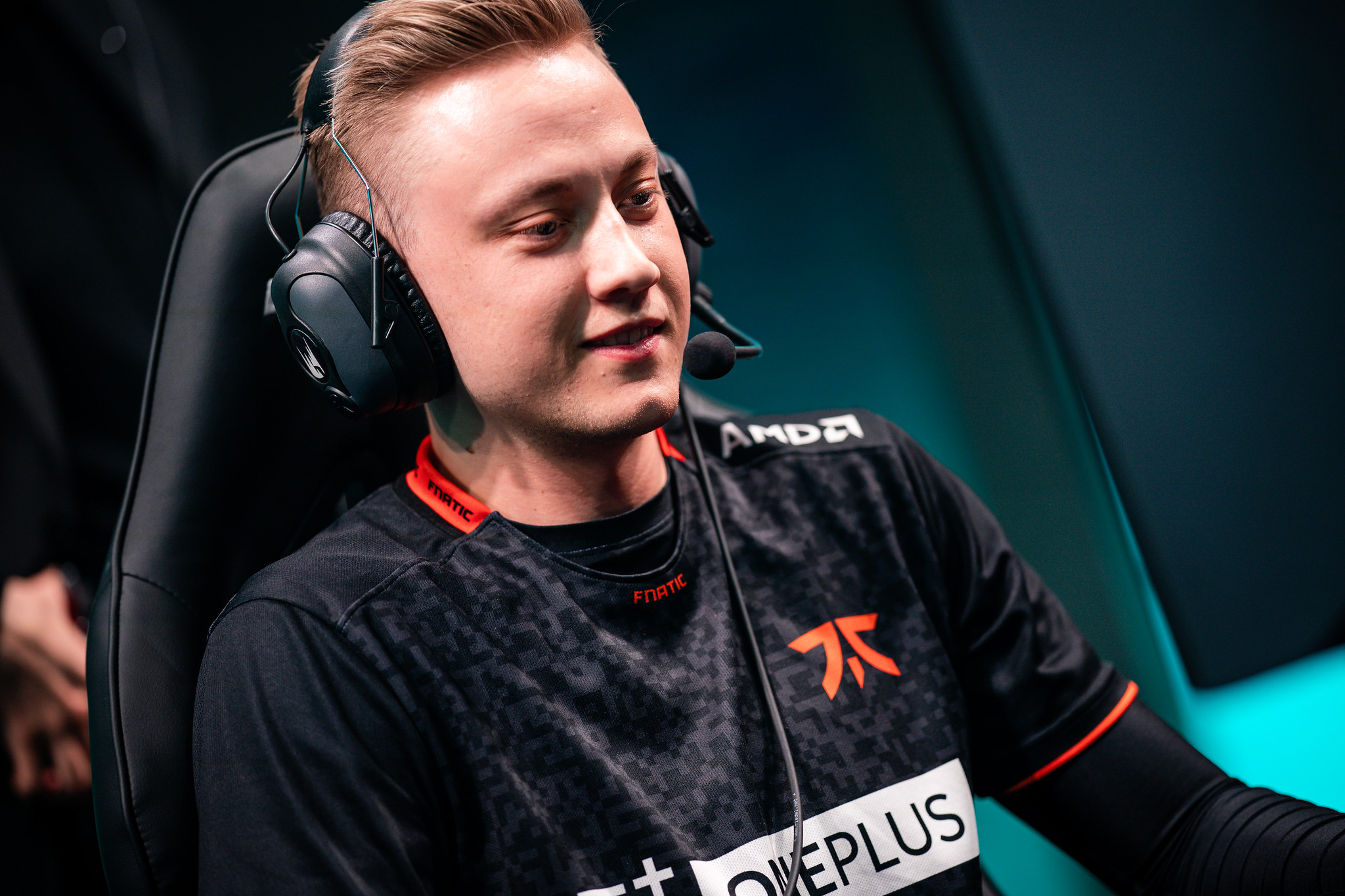 Fnatic showed the world what playing a fundamentally sound three-game League of Legends series looks like in a 3-0 humbling of upstart rookies MAD Lions in the 2020 LEC Spring Split playoff semifinals.

The rookies came to play in an upset of reigning Worlds finalists G2 last week, capitalizing on mistakes and playing the aggressors in their own right. But Fnatic’s more methodical style and greater player versatility won out today in a very clean series sweep.

After MAD ADC Matyáš “Carzzy” Orság was punished for his overaggression on Aphelios, a game one that had only five combined kills by 15 minutes quickly accelerated into a stomp in favor of Fnatic on the backs of Martin “Rekkles” Larson’s Senna and Tim “Nemesis” Lipovšek on the hyper-scaling, lane-snowplowing Azir.

Credit must be given to MAD Lions, however, for swinging first at just about every opportunity, especially in game two, in which they held a five-kill, 4k-gold lead over Fnatic after their star jungler Zhiqiang “Shad0w” Zhao got himself and his carries noticeably ahead on Olaf. Two perfectly-executed dragon fights later, though, it was Gabriël “Bwipo” Rau on his Press the Attack Malphite that helped snowball another win for Fnatic.

Rather than soaking up pressure and counter-attacking for a third consecutive game, Fnatic flipped the script and won every skirmish and teamfight, claiming Cloud Soul largely uncontested. Meanwhile Rekkles picked up a quadra kill on Miss Fortune, which his jungler Oskar “Selfmade” Boderek was more than happy to replicate on Gragas in the game and series-ending fight.

Fnatic are now moving onto the LEC Spring Split finals. And while the MAD Lions hype train slowed down considerably, their split isn’t over yet either. They will face the winner of Sunday morning’s G2-OG match (10am CT on April 12) for a chance at revenge against Fnatic in the grand finals.