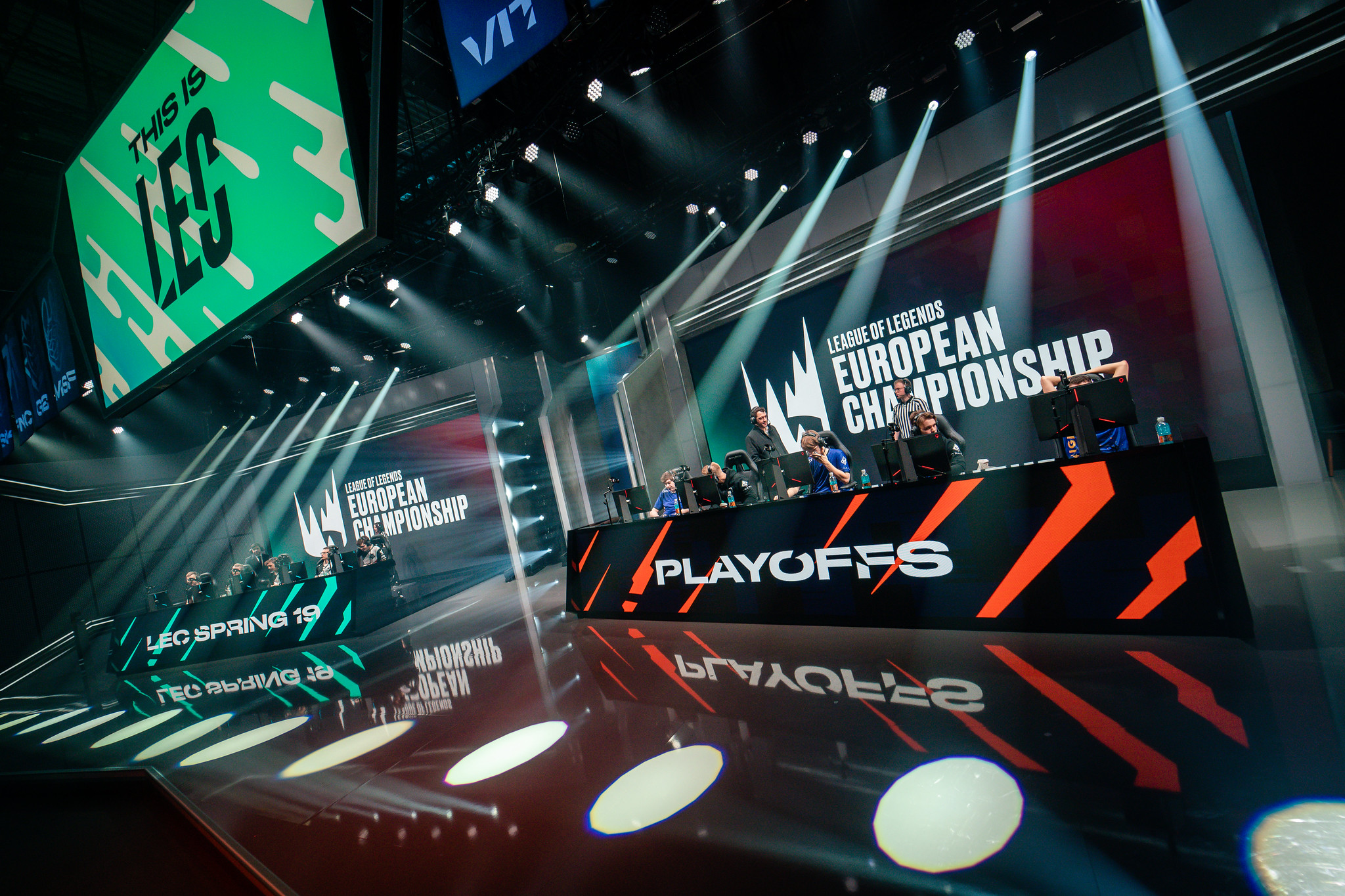 With some of the final games of the 2019 LEC Summer Split regular season taking place today, teams are giving their all for a chance to go to Athens, Greece to battle for first place. For Splyce and Fnatic, however, it was never a question of if they’d make the playoffs.

These two teams have been strong throughout most of the split, rarely dropping out of the top-three teams. Today’s match was extremely important to both teams, though, to see who could solidify second place and earn a spot in the semifinals. Although Splyce made some decent plays, they couldn’t stop the power of Fnatic’s composition and playmaking abilities.

In champ select, the way that each team wanted to win was pretty obvious. Splyce drafted a Tristana ADC and a Corki mid, two carries that usually buy the Rapidfire Cannon item to provide them with more range. So if Fnatic were ever unsure of an engage, Splyce could punish with harass and then go in on the weakened enemies.

Fnatic, on the other hand, drafted a Kai’Sa and Rakan bot lane with Gragas and Urgot as their frontline. Fnatic’s win condition was going in on a hard engage and overpowering with burst damage and execute-type damage from Kai’Sa’s passive and Urgot’s ultimate.

The game was even for the first 20 minutes. Splyce had a lead in the bot lane but Fnatic’s Gabriël “Bwipo” Rau was ahead on Urgot. Even with that lead in the bot side, however, Fnatic grabbed almost every dragon that came up.

As time went on, Fnatic found engages from Zdravets “Hylissang” Iliev Galabov’s Rakan and Bwipo’s Urgot that were either equal trades or heavily in their favor. The biggest damage dealer in the game quickly became Fnatic’s veteran ADC, Martin “Rekkles” Larsson. His superb Kai’Sa play led the team to a victory in the final teamfight by single-handedly one-shotting the enemy ADC. Fnatic choked out Splyce’s hopes of a guaranteed ticket to Athens and were able to take the win off of big plays made by the entire team.

Due to this loss, Splyce need to win tomorrow against Misfits and hope Fnatic lose to Rogue in order to have a chance for a tiebreaker to take second place. If Fnatic win tomorrow, they’re guaranteed second place and will have a playoff bye into the LEC semifinals.