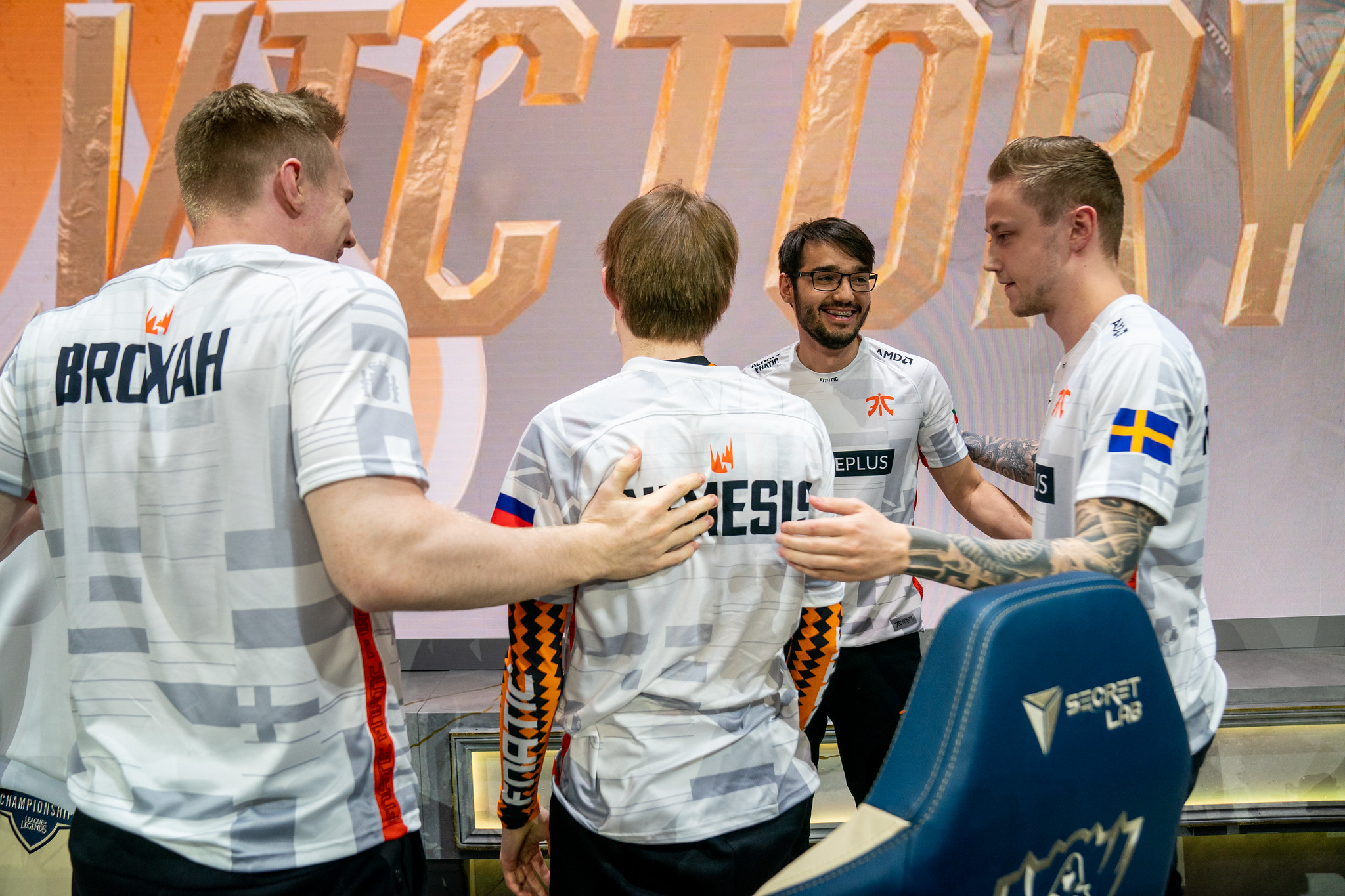 SK Telecom T1’s win streak has come to an end after Fnatic crushed their hopes of a perfect 6-0 finish in the League of Legends World Championship group stage with a clever Veigar pick.

Just one game prior, Fnatic faced Clutch Gaming in arguably the most sloppy game of the group stage. The LEC second seed were locked into 48-minutes of buff trading and poor positioning. Despite ultimately winning the match, hope for Fnatic coming out of groups diminished—especially considering their following opponents were SKT.

Instead of dwelling on previous mistakes, Fnatic faced SKT refreshed and collected. The draft phase was key to Fnatic’s success. They drew SKT into first-picking Akali by letting her through the ban phase. Fnatic waited until the last-pick to confirm Lee “Faker” Sang-hyeok would be the one playing Akali and responded with Veigar for Tim “Nemesis” Lipovšek.

In lane, Nemesis was able to prevent Faker from ever gaining a definitive lead. Veigar’s Event Horizon (E) canceled out Akali’s ability to dash around and jump onto him. Additionally, Veigar’s point and click ultimate along with his Q, Baleful Strike, meant Akali would get hit with a face full of damage if she tried to dash in. Faker even attempted to dive Nemesis under tower but quickly died because of how easily Nemesis could respond with Veigar’s kit.

Throughout teamfights Nemesis was a massive blocker for the rest of SKT as well. His well-timed stun cages made it practically impossible for SKT to engage. Along with the CC from Leona and Gangplank, SKT fell time and time again to Fnatic’s team composition.

Fnatic came into today’s matches with a 1-2 record, but after clutching out a win against SKT, they are now in top contention for a quarterfinals spot. They have one more match against Royal Never Give Up at the end of the day to determine whether they’ll advance or finish their Worlds run defeated.