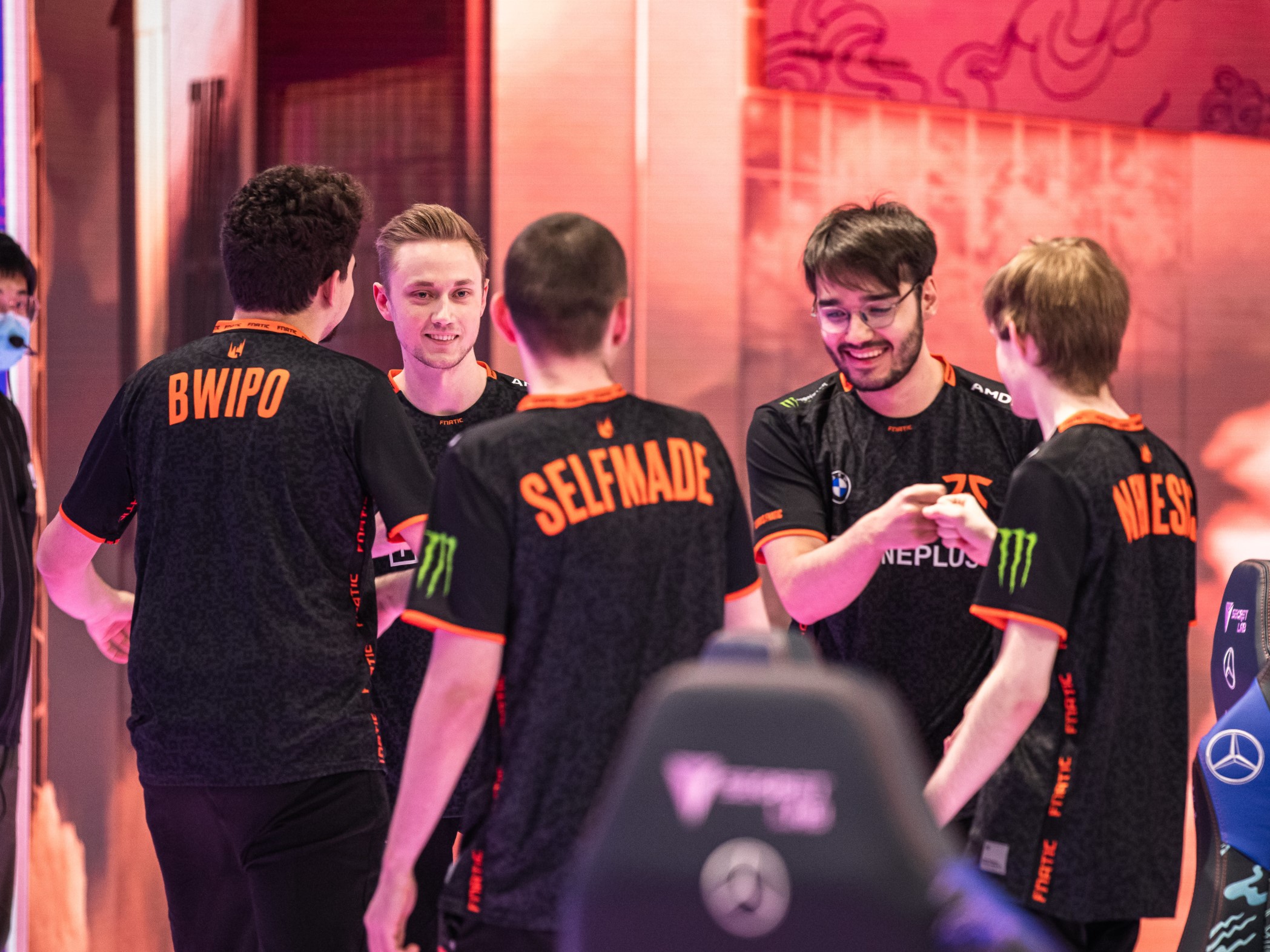 After winning two games apiece to kick off the second week of play in Group C at the 2020 League of Legends World Championship, Fnatic and Gen.G have both advanced to the tournament’s quarterfinals.

Coming into today, both teams had been locked into a three-way tie for first place in Group C alongside China’s LGD Gaming. With both Gen.G and Fnatic finding wins over LGD earlier in the day, however, the LPL’s fourth seed was knocked out of contention, leaving only two teams left at the top of the group.

As the day winds down, Fnatic and Gen.G still find themselves tied atop the group. But the two teams are slated to face off later today to determine the fate of the group as a whole. With both teams currently posting identical records of 4-1, no tiebreaker scenario will be necessary at the end of the day regardless of the final game’s outcome. Whichever team wins the final contest of Group C will walk away from the group stage on top.

Last weekend, Fnatic tasted victory against Gen.G to close out week one of the group stage and force the three-way tie heading into week two. This time around, however, the stakes are even higher, as the winner of the Fnatic-Gen.G rematch will secure sole possession of first place in Group C.

Whichever team comes out on top later today in the battle for first place will lock in a top seed going into the quarterfinals of the World Championship. This notably means that the winner of today’s final matchup between Gen.G and Fnatic will avoid teams like DAMWON Gaming and Suning in the bracket stage of Worlds.

Regardless, both teams have advanced to the quarterfinals with relative ease. For Gen.G, the 2020 World Championship marks the organization’s first appearance at the Worlds quarterfinals. Fnatic, on the other hand, have made it out of groups for the fourth consecutive year, and the seventh time in the franchise’s history.