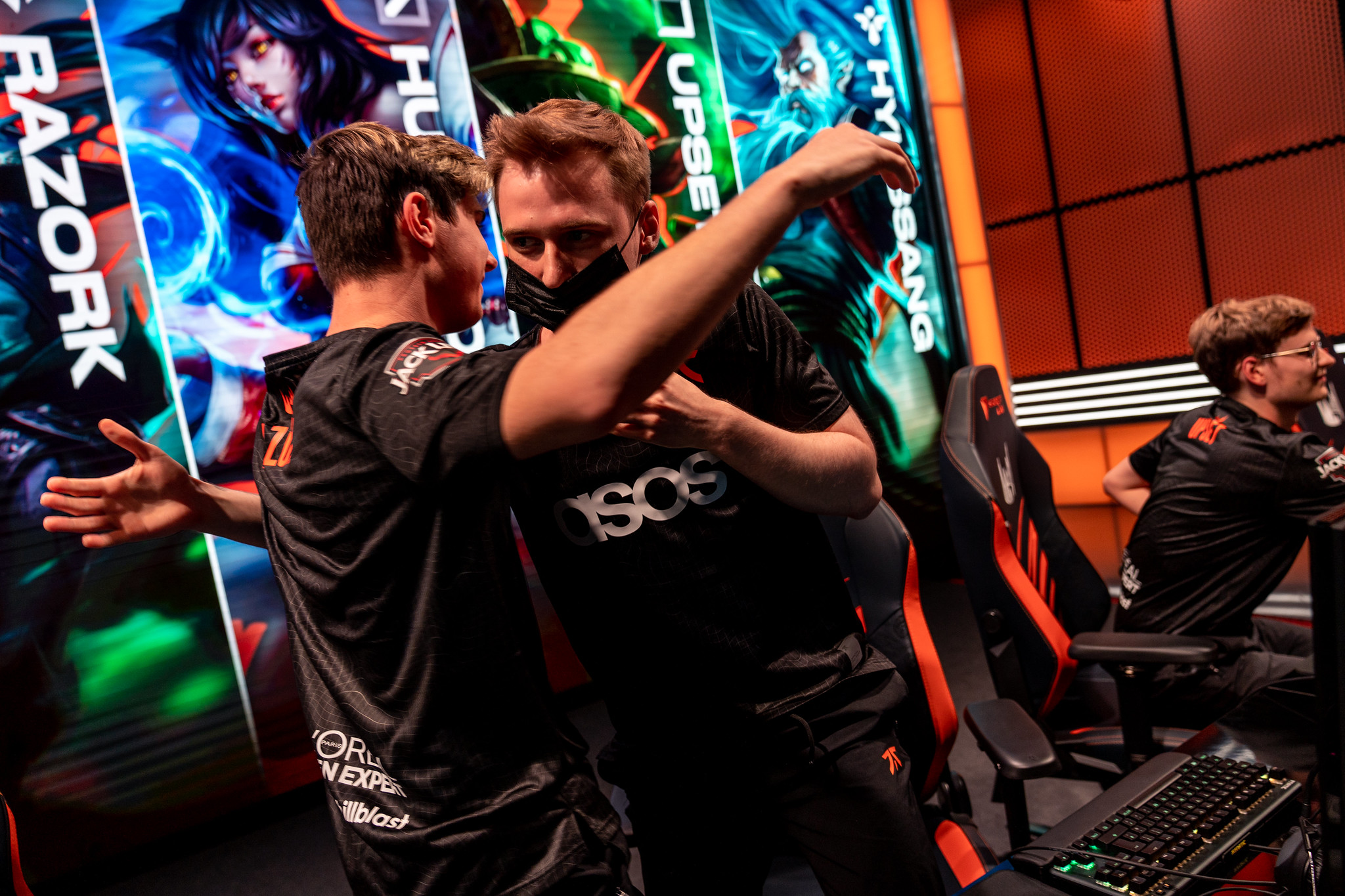 Fnatic secured their first win against G2 Esports during the third LEC Summer Split’s match of the week. After this win, Fnatic is tied for first with Excel and Rogue going into the regular season’s one-week break.

In the match of the week preview, Fnatic AD carry Upset indicated the lack of “team chemistry” was because the team “did not work out” during the first split of the year. But today, Fnatic took control of the stage and took down their historical rivals, G2, thanks to the perfect synergy between the players.

Fnatic dominated the Rift from the beginning of the game, obtaining first blood and several neutral objectives in the early game. Razork’s ganks and rotation gave Fnatic advantages in every lane, which they used to apply pressure on the map. G2 fought back, but Fnatic immediately punished their actions by exploiting their opponents’ mistakes.

At 15 minutes into the game, Fnatic had already conquered three drakes, both side lanes’ towers, and was ahead of G2 by 3K gold. G2 prevented Fnatic from obtaining Cloud Drake’s soul by killing the fourth dragon of the game, but ultimately couldn’t fight Fnatic and fell to the team. After gaining a numerical advantage, Fnatic moved towards the first Baron of the game and gained the buff.

With Fnatic’s gold lead nearly reaching 10K by the end of the match, their advantages grew steadily.  Even though G2 fended off their opponents several times from their base, it was only a matter of time before Fnatic found the perfect opportunity to end the game. That moment came when G2 overextended in the mid lane trying to take down Fnatic’s mid lane turret.

Fnatic won the final teamfight, rushed to G2’s Nexus, and destroyed it, continuing their LEC Summer Split win streak. Fnatic dominated throughout the game, closing the match with 16 kills in their favor and only two on G2’s side. Fnatic rose to first place in the LEC standings with today’s win, but League fans will have to wait till July 15 to see who among the three first-place teams is the best as the competition takes a break next week