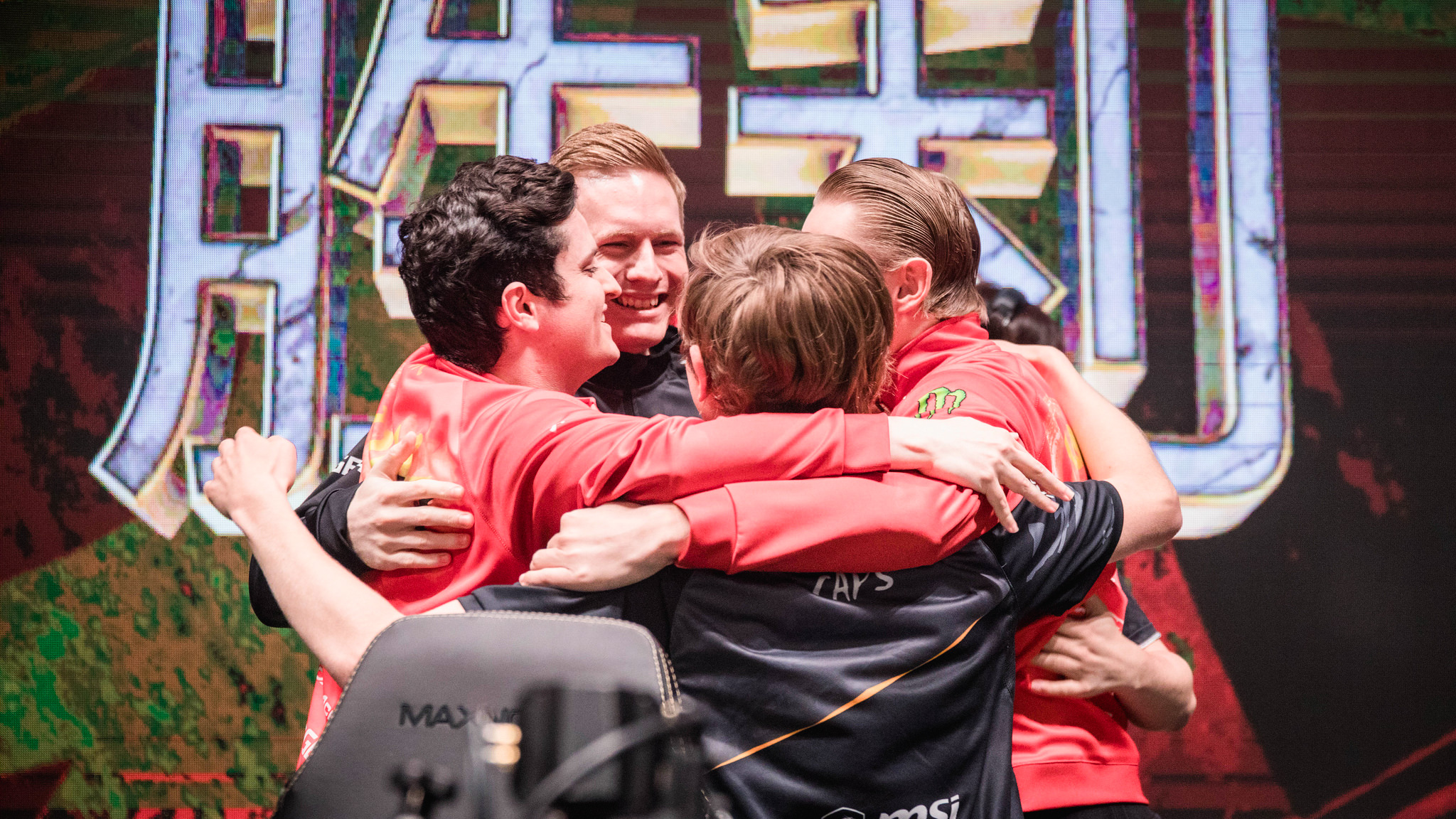 Fnatic looked to be dead in the water.

After a 0-3 start in the first week of the Worlds group stage, they were written off by many before the second week even began. Worlds looked to be another continuation of Fnatic’s international woes, which started at Rift Rivals and seemed to have thrown the team into a funk.

But then Fnatic took down Immortals to crack the door open. Then, after a whale of a game between GIGABYTE Marines and Longzhu, where the Marines gave the favorites a hell of a fight, Fnatic had their shot at GIGABYTE themselves. Win, and Fnatic would be in position to force a three-team tiebreaker to get out of the groups. Lose, and they go home.

And Fnatic played their best game of Worlds so far.

Throughout Fnatic’s dismal performances at Worlds, top laner Paul “sOAZ” Boyer was easily identifiable as the weak link. At times, he was sacrificing himself so that his team could take objectives on the other side of the map. After all, Fnatic are built around ADC Martin “Rekkles” Larsson, and put an inordinate amount of resources into the bot lane.

But sOAZ mistakes continued, and even in wins he looked adrift. It was a big fall from grace for one of the best top laners in the EU LCS.

Fnatic got sOAZ to a great start by copying a strategy from Longzhu. The LCK team smartly invaded GIGABYTE’s jungle as a five-man unit, getting an early first blood against GIGABYTE jungler Đỗ “Levi” Duy Khánh. Fnatic copied that strategy and got a kill as well, but also drew out top laner Trần “Archie” Minh Nhựt’s flash.

Levi managed to recover from his death to take over the jungle, but Fnatic jungler Mads “Broxah” Brock-Pedersen had the better early plays. Disregarding Levi’s jungle control and the subsequent lack of jungle camps on his top side, Broxah made a beeline for sOAZ’s lane to take advantage of the flash-less Archie.

The same Urgot that caused Immortals fits had no way to escape as Broxah just kept re-ganking the lane. Top lane turned into a bloodbath and it didn’t stop there. sOAZ turned his lead into pressure for the rest of the team, joining at key moments and turning back GIGABYTE’s patented team plays.

With their top laner finally playing at all-star level again, Fnatic completed their cleanest game at World so far to keep their hopes of making the knockout round alive. They now need Longzhu to take down Immortals to force a three-team tiebreaker between the themselves, GIGABYTE, and Immortals.

Group B had a chance to be decided early in the evening, but wins like this have put everything on the table and given even 0-3 Fnatic a chance to come back.