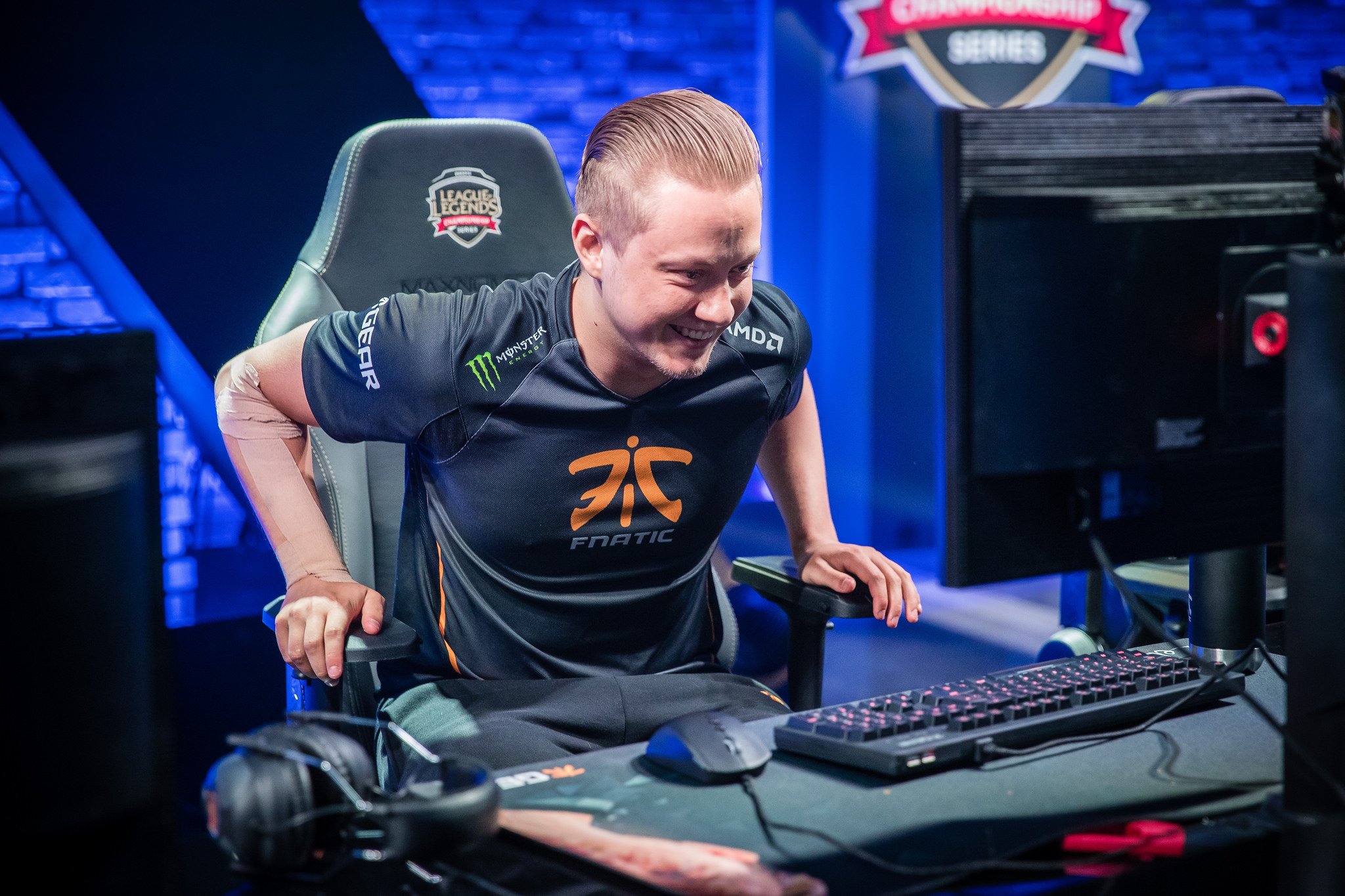 Fnatic outplayed G2 Esports to win 2-1, shooting themselves to the top of Group A in week two of the EU LCS Summer Split.

G2 were back to full strength with Luka “PerkZ” Perković, Kim “Trick” Gang-yun, and Ki “Expect” Dae-han rejoining the team after missing out in the opening week due to vacations and illness. G2 was looking to benefit from the return of these three players against a strong Fnatic side, which hoped to throw a spanner into G2’s title defense.

G2 had been playing on an earlier patch for most of May while the team was competing at the Mid-Season Invitational, giving teams like Fnatic more time to practice on the recent patch. Fnatic looked to use that expended period of time on Patch 7.11 to put pressure on the current EU LCS champions.

In the first game, Fnatic dictated the match after an early-game gank in the botlane gifted them four easy kills and a tower. It was a solid effort from the former kings of Europe, who capitalized on G2’s jungler Trick’s poor positioning and execution problems to take complete objective control throughout the map. G2 were unable to get a single dragon or Baron throughout the game because of how well Fnatic were handling the vision control.

In the second game of the series, G2 came out on top after falling behind for most of the game. Fnatic’s mid laner Rasmus “Caps” Winther outclassed Perkz in the early game but slowly became irrelevant the more the game went on, unable to handle the tankier members of G2. The game was won through vision control as both teams fought over the Baron pit, looking for a successful fight to act as the catalyst for victory.

The last game was all Fnatic. None of G2’s main carries were able to beat their opposition and were outplayed by an impressive Fnatic side. Caps was the outstanding performer of the series, going up against G2 members in three-on-one situations and surprisingly coming out on top.

G2 were outplayed by a fantastic Fnatic side that never missed a beat. The synergy throughout the series from Fnatic allowed the team to capitalize on G2’s poor decision making and force G2 to play their tempo.

G2 will now face Ninjas in Pyjamas on June 10. Fnatic have a week off to prepare for their game against Roccat on June 16, to try and cement their place at the top of the table.