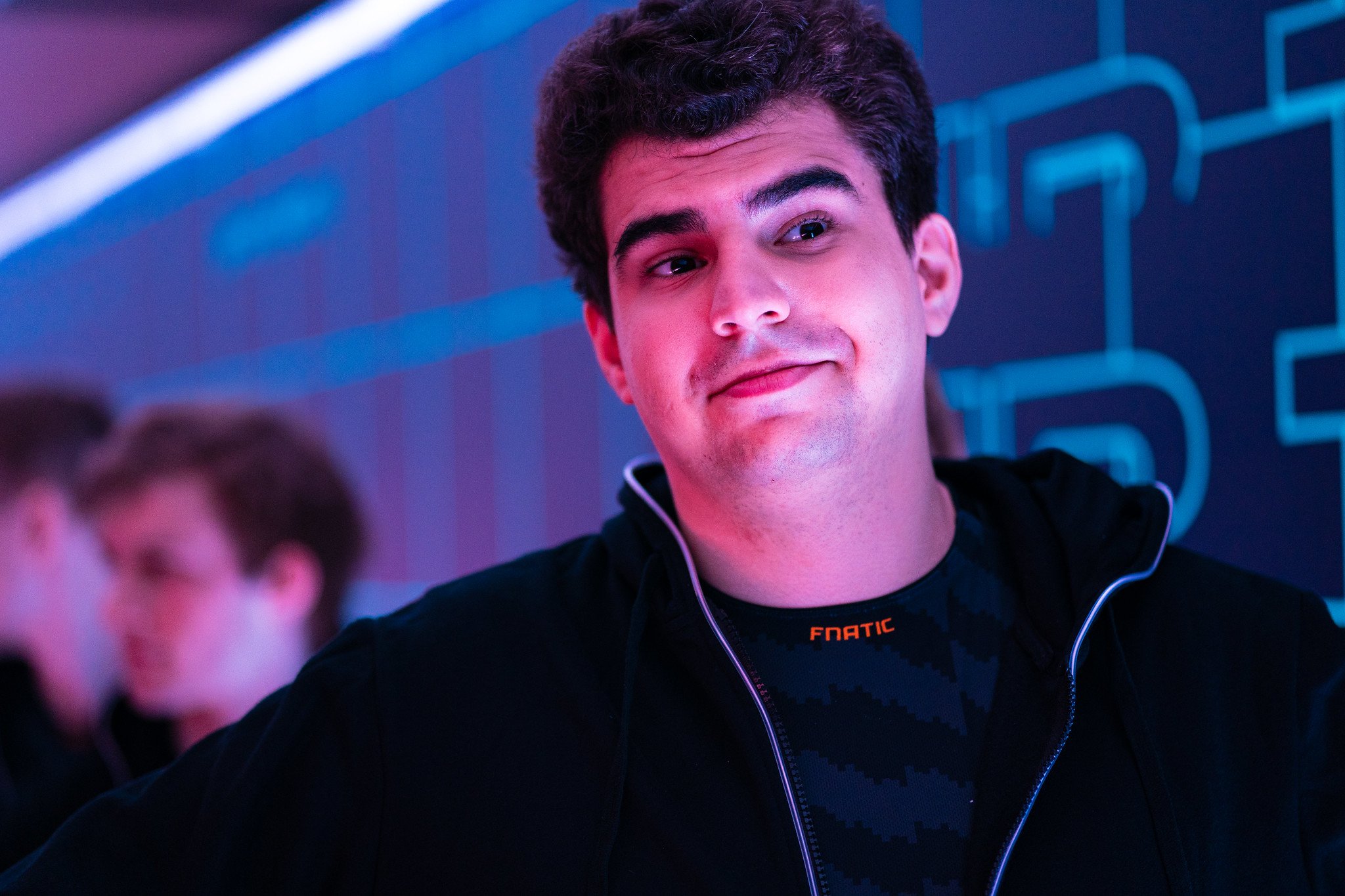 Every year, League of Legends fans see one or two new teams rise up through the LEC as possible contenders for the European crown. But there are always a few mainstays that remain at the top of the scene, like the perennial EU champions Fnatic.

In 2020, however, the youth movement in the LEC has taken over at an unprecedented speed. Unlike in the proverbial passing of the torch, fiery young teams like Rogue have gone ahead and ripped the torch right out of their predecessors’ hands.

Now, Fnatic must prove to the fans—and to themselves—that they still have what it takes to hoist the LEC trophy, while Rogue look to cap off their most successful season with a bit of glory and gold before their first Worlds appearance. The two teams face off tomorrow to see which roster will move on to the 2020 LEC Summer Split semifinals against G2 Esports.

Rogue’s game plan is simple: hit Fnatic right out of the gate and hit them over and over until they can’t mount a comeback. This team has created a reputation for having one of the best early games in the league and that won’t change in this first-round matchup.

By using great map movement and team play, Rogue have managed to accrue a massive 1,298 gold difference at 15 minutes through the split, while also having the highest first blood rate and first-to-three-towers rate of any LEC team. Rogue are also smart and precise with their plays. They have the third-most kills of the summer and the least deaths as a team in the league.

Across the roster, every player has been performing at a superstar level. Larssen has quickly become one of the best players in the league with his league-topping 86 kills. He and Hans Sama both constantly dominate their lane and are able to respond to different situations across the map with speed and efficiency.

Their jungler, Inspired, has been playing at a high level as well. His league-leading 9.7 KDA shows how active he is for his team, while also having the highest kill participation percentage of any jungler in the LEC.

The barrage begins early when you face off against Rogue. Batten down the hatches, because a storm is coming.

Fnatic need to take a step back and start examining their fundamentals before looking at the bigger picture. They have to start limiting straight unforced errors like overextending and getting caught out of position, for example. The team led the league with 262 deaths in the summer with a 0.85 KDA, which is the third-lowest in the LEC.

This speaks to Fnatic’s coordination as a team—they haven’t played like a complete unit for most of the season. Rekkles even attributed this to a loss of trust between the players after their defeat during the 2020 Spring Split playoffs.

Once Fnatic can get past this big hurdle, however, we could see a return to the days of old that many European fans have grown accustomed to. They still have some of the most talented players in the region, as well as one of the best late-game carries in the West with Rekkles.

Fnatic also have some of the most experienced players when it comes to postseason environments. The playoffs bring a ton of pressure that can weigh heavily on any player and the boys in orange are no stranger to the bright lights.

On the other side of the Rift, this will be the first time that the Rogue boys will be heading into the playoffs as one of the favorites to win the tournament. This position also brings its own pressures since there’s a lot more expectation hanging over their head as a top team.

Ultimately, it’ll all come down to whether Fnatic have figured out the trust issues that have plagued them. Rogue have been much more consistent with their performances this summer and have played like a top team for the whole split. Fnatic have struggled but have shown glimpses of greatness that could flourish when it counts most.

You can catch all the action when Fnatic and Rogue take the stage on Sunday, Aug. 23 at 10am CT.