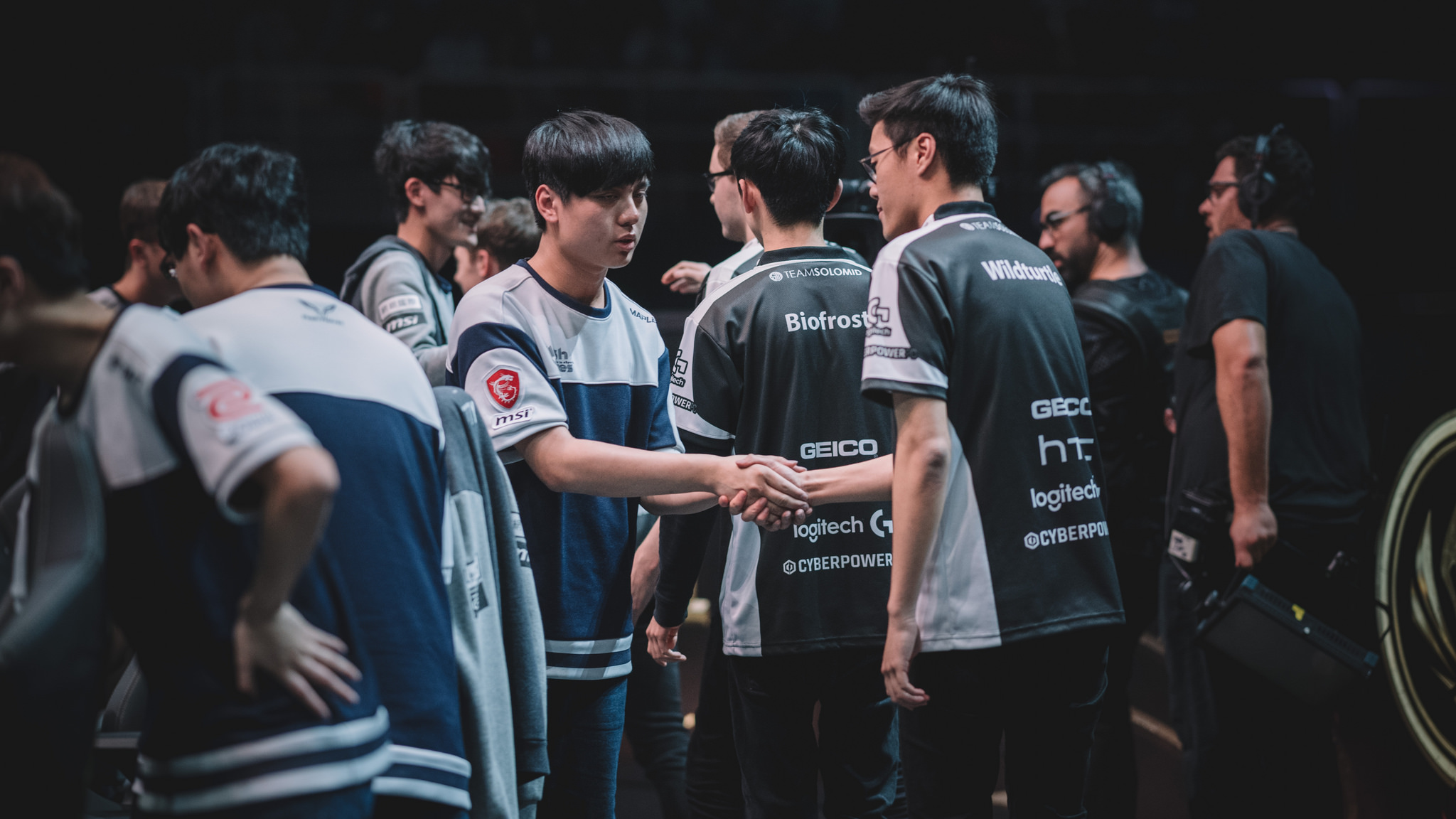 In one of the most one-sided games at MSI, Flash Wolves eliminated TSM in a tiebreaker on the last day of the group stage.

Both teams ended the day with 4-6 records, splitting the series between them. G2 Esports of Europe also finished 4-6, but two victories over the Flash Wolves, a clutch win over TSM, and quirky MSI rules meant they were safely through to the knockout stage. That meant the LMS and NA LCS squads would face each other in a loser-goes-home tiebreaker.

TSM actually beat Flash Wolves earlier in the day to ensure their shot at the tiebreaker. But it wasn’t a pretty victory—TSM actually fell quite far behind and were forced to give up multiple objectives, including Baron. But mid laner Søren “Bjergsen” Bjerg came through with a monster game on Ahri and TSM managed to win.

This game, Ahri was banned by Flash Wolves in the second ban phase. TSM’s draft strategy quickly became clear: focus on the bot lane. They first-picked the Ezreal/Karma duo with the first rotation on red side, then proceeded to ban out ADCs in their second ban phase.

But, the problem was that they banned the wrong ADCs. Hoping to grab a monopoly on scaling at the bot lane position, they removed hypercarries Twitch and Kog’Maw from the map—champions Flash Wolves haven’t played all year. But playing alongside a Lulu support, Flash Wolves ADC Lu “Betty” Yu-hung was more than happy to pick up Ashe, creating a duo with an oppressive early laning phase. TSM responded by ganking the over-extended Flash Wolves to earn first blood.

Flash Wolves fans may have felt the familiar ending coming again: a team let down by its side lanes when facing Western competition. But this time, Betty rewrote the script. Instead of tilting, he stabilized, and took back control of the lane. Flash Wolves then proceeded to use their duo to gain complete vision of the bot side river. With that vision, they stacked drake after drake and stole camp after camp from TSM.

Meanwhile, mid lane star Huang “Maple” Yi-tang continued to go even with Bjergsen. And playing Taliyah into Bjergsen’s Ryze, Maple was able to more effectively roam to his side lanes. With no vision control and no control over the mid lane, TSM was effectively petrified. It was a complete role reversal of their earlier game, when TSM was the team that stalled out and made Flash Wolves indecisive.

TSM’s macro fell to pieces as they simply couldn’t keep track of where the Flash Wolves were. All the running around the map eventually turned into a completely free Baron. Both Flash Wolves’ vision coverage and the creative mechanics from Maple and jungler Hung “Karsa” Hua-hsuan made it impossible for TSM to contest.

The game, and TSM’s run at MSI, ended in a whimper. Maple used the Taliyah wall to zone TSM off their own inhibitor turrets, and TSM’s desperate engages went for naught, as the front line was quickly melted. In one of the most dominating victories at MSI, Flash Wolves staked their claim to a spot in the top four.

The LMS side will next face SKT in the quarterfinals. They’ve beaten SKT already, but expect a much sharper effort from the Korean squad this time around. It should be another fun matchup when MSI picks up again on May 19.