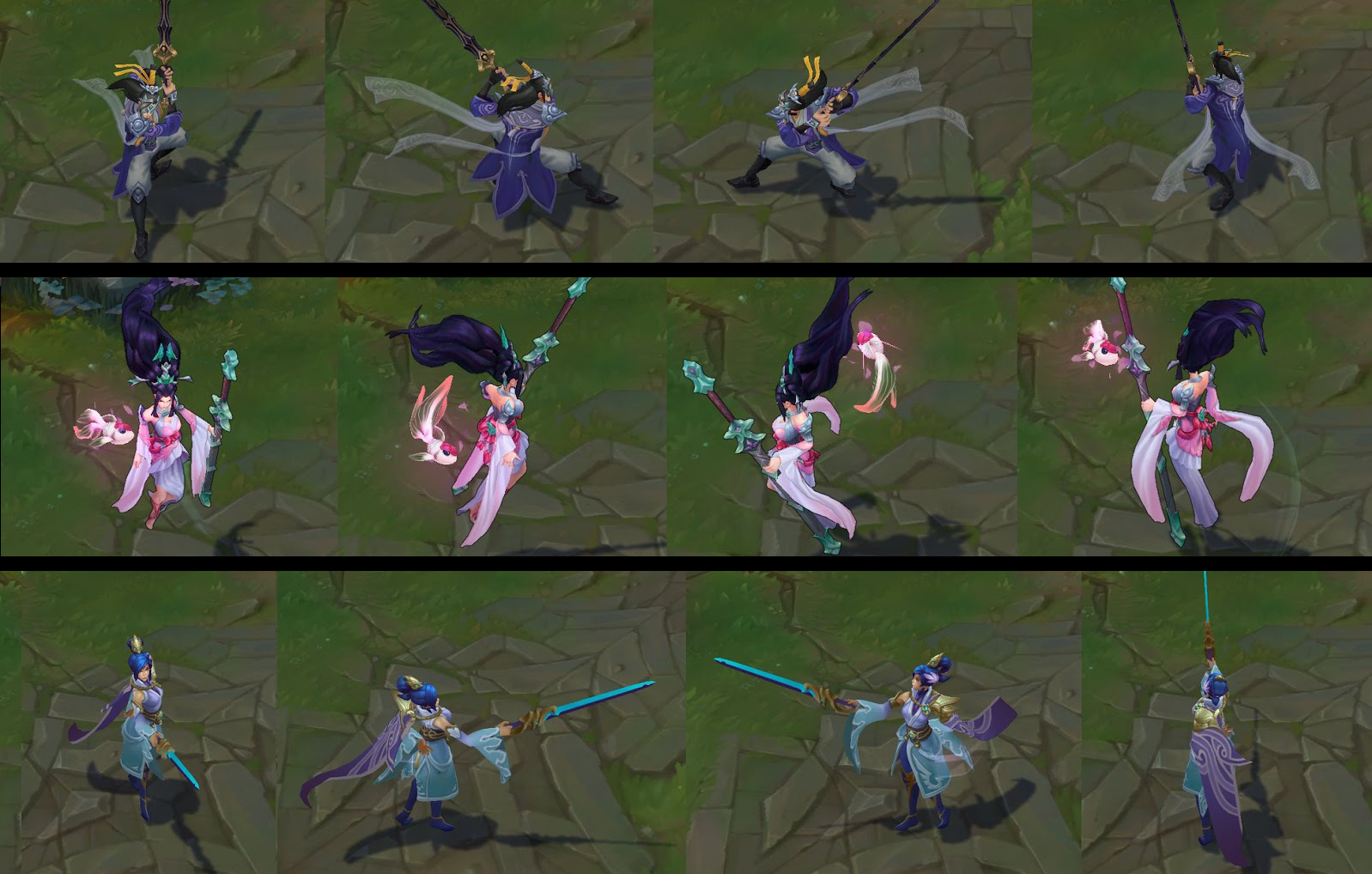 It’s been a busy week for Riot’s skin design team. First, a new Yorick skin was revealed for the first time in six years, followed by the hilarious Beekeeper Singed. Today, three more skins were revealed.

The skins were added to the PBE for the new cycle, and although we don’t know the prices of the skins or what the splash artwork will look like yet, what we can see is pretty cool.

The three skins—Soaring Sword Fiora, Eternal Sword Master Yi, and Sacred Sword Janna—are part of a new skin line called Immortal Journey, according to a tweet from one of the skin producers.

The designs for the skin seem to draw heavy inspiration from East Asian culture, much like the many sets of Warring Kingdoms and Lunar Revel skins already in the game. It’s possible that these new skins will be involved in some sort of event, which is usually what happens nowadays for new skin sets like the Star Guardians and the Dark Star skin lines.

These three skins arrived on the PBE today, which means they’ll probably be made available in two weeks when Patch 7.19 possibly arrives.